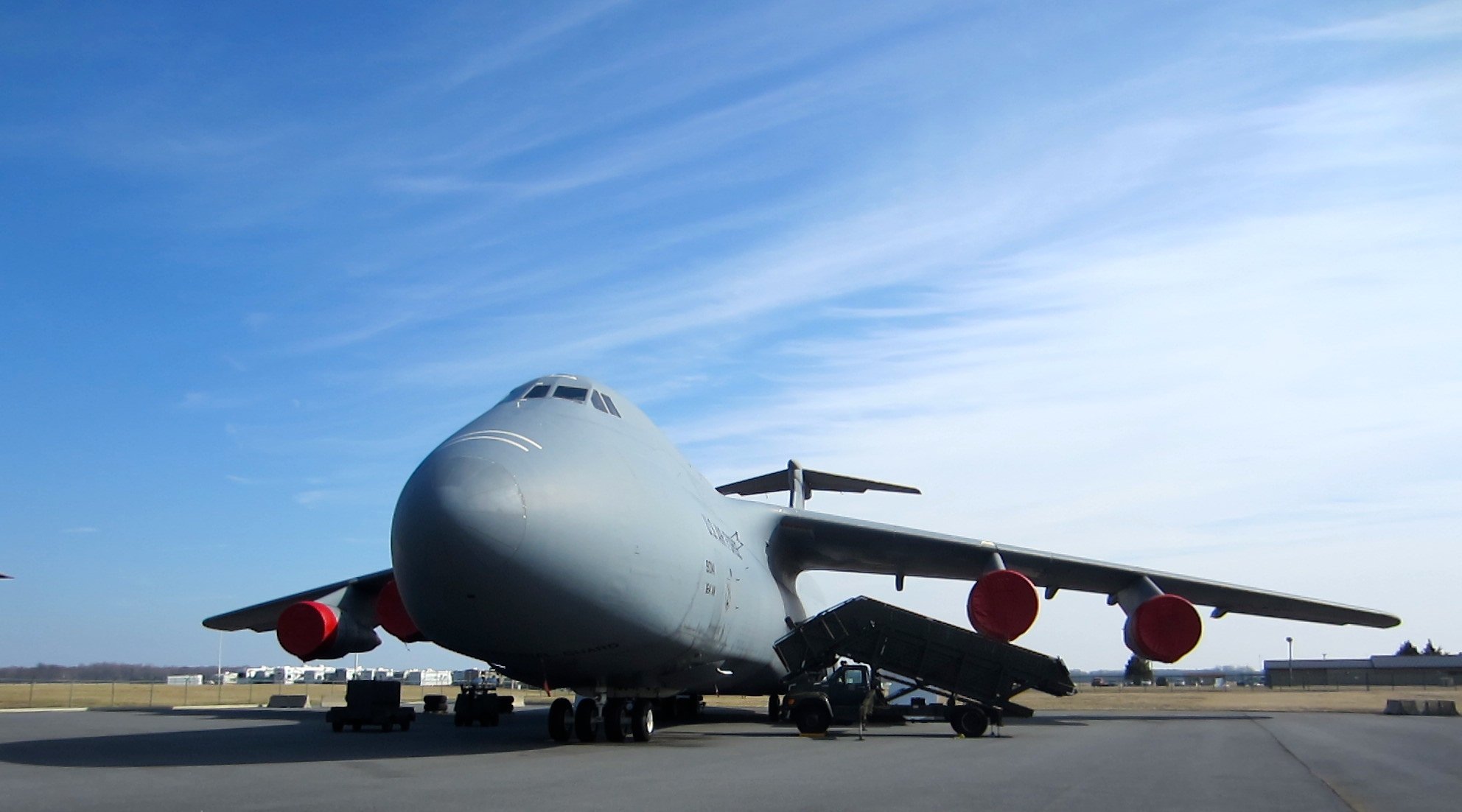 The Biggest, Baddest Cargo Plane in the History of the World

Home / Destinations / The Biggest, Baddest Cargo Plane in the History of the World

Generally speaking, cargo planes are ho-hum workhorses that do not rise to the level of daytrip destination. But the C-5A Galaxy is no drab little workhorse. It is the biggest, baddest cargo plane in the history of the world.

You can see one up close at the Air Mobility Command Museum in Dover. If your timing is right, you’ll even be able to climb inside the Galaxy’s astonishing cargo hold. It will leave you feeling like Gulliver’s Travels in reverse—you’re a Lilliputian taking baby steps through the land of the giants.

Just how big and bad is the C-5A Galaxy? Consider:

That fuel capacity is what really sets the Galaxy apart in the military world. Not only can this cargo plane carry loads no other plane can manage, it can do it without time-consuming refueling stops. You could weigh this thing down with eight heavy school buses, and it would still make it nonstop from Dover to Istanbul.

Made by Lockheed (later, Lockheed-Martin), the plane has been in service since 1970 and remains a stalwart in today’s cargo fleet. The Galaxy’s most famous achievement came in the run-up to the First Gulf War, an operation that set all kinds of unprecedented records in the history of military logistics. C-5 planes accounted for just 23 percent of the flights involved in that supply-chain miracle, but they delivered 44 percent of the total cargo load.

The Air Mobility Command Museum is a one-of-a-kind affair. Housed in an old hangar near the Dover Air Force Base, it’s staffed by personable veterans who know their stuff and love fielding questions. Exhibits run from the earliest days of aviation up to the sleek fighter jets of modern times. Be sure to spend some time with the exhibit on the Berlin Airlift of the 1940s—that one is especially good.

There is also a contemplative little 9/11 memorial just outside the hangar. The focal point of the memorial is a sculpture made in part from two hunks of steel from the Twin Towers.

Also, call the museum before you visit. While the C-5A Galaxy is always on display outside the hangar, the interior of the plane is open for visits only once a month. Last I checked that was happening on the third Saturdays of warmer months—but best to call ahead and confirm that schedule is still in place so as to avoid any disappointment.