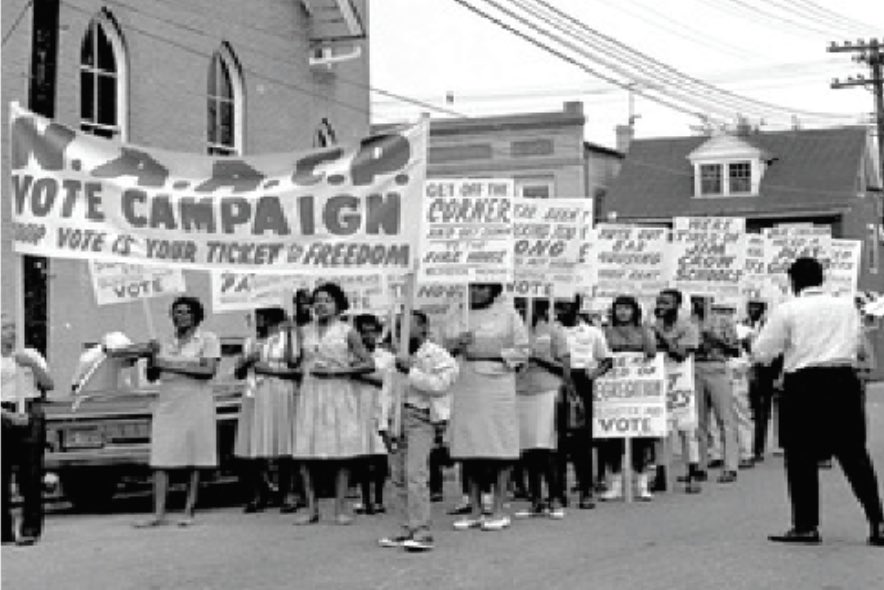 WAY BACK MACHINE: When the Civil Rights ‘Freedom Riders’ Arrived in Chestertown, 1962

By Secrets of the Eastern ShoreJanuary 9, 2018February 4th, 2021No Comments

Home / Way Back Machine / WAY BACK MACHINE: When the Civil Rights ‘Freedom Riders’ Arrived in Chestertown, 1962

Early in 1962, Rev. Frederick Jones, Sr. invited a group of “Freedom Riders” to come to his town and help local blacks mount a campaign against segregation. Nearly 150 of those civil rights activists showed up on Feb. 3, in two buses and a dozen cars. They were mostly college students, and they came from schools in New York, Connecticut, Pennsylvania, and Baltimore.

The activists had their work cut out for them in Chestertown, which was filled at that time with whites-only bars, restaurants, movie theaters, bowling alleys, and even a hospital. Everyone in town knew the demonstrators were coming, and quite a few locals were eager to resist their call for change to a more integrated society. In anticipation of trouble to come, the Maryland State Police had 30 vehicles in town on the day those Freedom Riders showed up.

At the time, Rev. Jones was serving the pastor of Bethel AME Church, where the congregation has played a central role in the life Chestertown’s black community since way back 1878,  when its founding member purchased the plot of land on College Avenue where the church stands today. During the momentous events of 1962, the church served as a staging area for the Freedom Riders–the site of trainings, debriefings, prayer vigils, and all manner of other activities.

When marchers began setting out from Bethel and venturing into the heart of the downtown, they had a clever strategy in place, built around the fact that trespassing arrests could be made only after violators were fully informed about the details of the law they were breaking. What this meant on the ground is that if an integrated group of perhaps 20 protesters marched into a segregated business, the owner would have to read aloud the relevant local law against trespassing. Only then could he request that violators be arrested.

What the Chestertown Freedom Riders did was this: That group of 20 protestors would march into a segregated place of business and make their case, but then, upon hearing the law read aloud by the business owner, they would march right back out of the business, only to be replaced by a brand new group of 20 protesters who had not yet heard the trespassing law read aloud. If and when the business owner read the law for a second time, that second group would then leave and be replaced by a third group, and so on.

Things got ugly here and there, especially at a place called Bud Hubbard’s Bar. At one point, Hubbard tried to pack his place with so many white people—about 300 of them—that no Freedom Rider would be able to fit inside the the front door. His patrons set upon on some of the Freedom Riders, beating them and forcing them to retreat back to Bethel. But at the church, a brave group of volunteer reinforcements took shape and were soon marching right back to the bar. 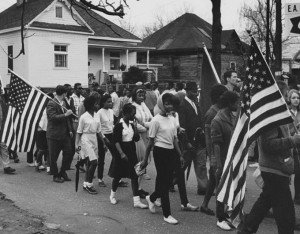 The accounts that I have read say that the Freedom Riders were in town for just a few weeks before moving on, but their protests sparked changes in Chestertown. Did the demonstrations actually help change some hearts and minds? Or did the leaders in the white community simply decide that they wanted no part of the kind of contentious events that were then unfolding in other towns and cities around the country, including the ones in nearby Cambridge, which were being covered not just locally but in newspapers across the country.

Whatever the reason, the powers that be in Chestertown gave up on segregation of their own accord in the months after the Freedom Riders came to town. There were a few holdouts—Hubbard’s Bar most prominent among them. But by the dawn of 1963, black customers were being served in a solid majority of the restaurants, movie theaters, bowling alleys, and healthcare facilities that previously had been off limits to them.

NOTE: The photo up top here shows civil rights marchers on Cross Street in downtown Chestertown as they pass in front of Janes United Methodist Church. If you are curious, here is a link to a walking-tour brochure about local black history that was put together by the Historical Society of Kent County.