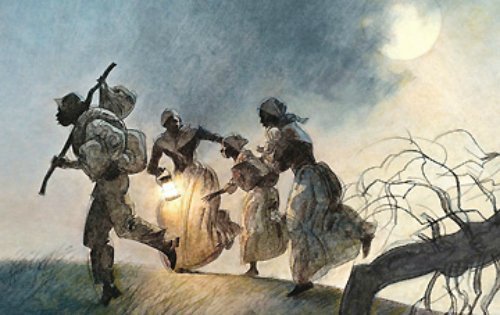 “TUBMAN TRAVELS” SAMPLER: The Miraculous Escape of the Dover Eight

The story of the Dover Eight that follows is excerpted from Tubman Travels: 32 Underground Railroad Journeys on Delmarva, a book by Secrets of the Eastern Shore that tells stories of Harriet Tubman, Frederick Douglass, and many other men and women whose journeys in slavery and out of bondage went through the Eastern Shore and Delaware.

BIG PICTURE: The Pressure Cooker of 1857

The lush expanse of Dover Green has a serene, timeless air about it today. Located at the heart of a celebrated national historic district that is chock full of buildings dating to the 1700s, it has lots of interesting stories to tell about the early days of our country.

Dover was a hotbed of revolutionary activity in the waning days of colonial rule. It was here that Delaware earned its nickname, becoming the very First State to ratify the Constitution. And it was here in the 1850s that eight runaway slaves managed a jailbreak that unfolded like something straight out of a Hollywood action movie.

The old jail building where all this happened is not standing today, alas. But it was located here at the Green, right next to the Old Statehouse building, which dates to the late 1700s. Many of the historic buildings nearby were also standing on the night the Dover Eight arrived from Dorchester County, Maryland. Even the “Green” itself was in place—the open space originated as an outdoor market with vendors, but it had been transformed into a park in 1846.

The story of the Dover Eight’s escape from this jail went viral, at least in the 19th century sense of the term. It appeared in first one, then another, and then countless other newspapers up and down the Atlantic seaboard. Then it spread some more, soon reaching across the whole country.

Abolitionists up north celebrated the affair with great gusto. Slavery defenders down south were humiliated—and furious. On the Eastern Shore of Maryland, the publicity made a bad year for slave owners even worse. Bad weather in that spring of 1857 had put the growing season at risk. And the Dover Eight affair was not an isolated incident—it was just the most famous of the rash of escapes around this time.

At raucous public meetings in Dorchester County and elsewhere, Maryland slave owners demanded that public officials start doing more about “protecting the slave property.” They demanded that the police go after anyone and everyone suspected of encouraging or helping runaways.

They also began keeping closer track of the whereabouts of their slaves—and those of their neighbors as well. Without a doubt, some of them decided to dole out a bit of rough and unofficial vigilante justice as well.

For Harriet Tubman, the dramatic events in Dover were a mixed bag. The work of a conductor had always been dangerous, of course, but the risks of getting captured, jailed, and even killed went up dramatically after the events in Dover.

She was happy for the freedom of so many of her old neighbors in slavery, of course—as we shall see, she may even have provided them with some advice. But she also had more work to do. Her sister Rachel remained in bondage, as did Rachel’s children. And then, a little later in the year, Tubman would receive another of those gifts that God was always sending her—this time, a presentiment that her parents might be in danger.

How much risk could she take on in order to bring her family members to freedom? That question grew more difficult after the sensational events in this story.

The Story: The Miraculous Escape of the Dover Eight

No one knows for sure why Thomas Elliott and Denard Hughes picked the day of March 8, 1857 to make their run from the farm of Pritchett Meredith in Bucktown, Maryland. Later, Hughes would refer to Meredith as the “hardest man around,” so it’s easy to speculate about the beatings and whippings they may have endured.

But the decision to run wasn’t a rash one made in the heat of a moment—it came only after careful planning. Some historians have speculated that Elliott, Hughes, and the six other Bucktown-area slaves who joined them on the run might have been working with instructions received along the Underground Railroad grapevine from Harriet Tubman herself.

Tubman, remember, spent much of her childhood in Bucktown. The store where she defied an overseer as a young girl and nearly died after getting hit in the head with a two-pound weight was within sight of the Meredith farmhouse. Tubman may well have been acquainted with some members of the Dover Eight, or at least with some of their relatives. 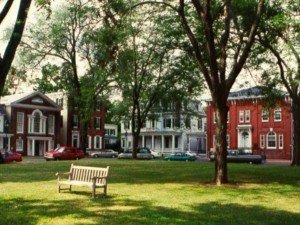 The group set off well-armed with knives and guns. They most likely stayed on overland routes, probably stopping at the East New Market home of a free black preacher, Samuel Green, and perhaps also at the cabin of Tubman’s parents on Poplar Neck, near Preston.

Pritchett Meredith posted a $600 reward for his two slaves. Add in the prizes offered on the other six and the group’s capture was worth a cool $3,000. That number proved too tempting for Thomas Otwell, a free black man who had earned Tubman’s trust in the past with his work as an Underground Railroad operative. Otwell lived near Milford, in Southern Delaware, where he had recently started renting property from a white man with the last name of Hollis.

The two of them cooked up a scheme to betray the fleeing slaves and walk off with the reward money. Instead of leading the slaves to the next station on their journey to freedom, Otwell took them under cover of night straight into the Dover jail, where he left them in Hollis’s hands.

But there was a problem. Otwell had arrived later than expected. The Dover sheriff, a man named Green, was supposed to be on hand when they got there, ready to spring the trap and lock the fugitives behind bars. But Green had given up on Otwell at 2am, heading into his nearby family quarters to get a bit of sleep.

When Otwell arrived at 4am, Hollis tried to coax the slaves into a room where he could lock them up, but one of the fleeing slaves, Henry Predeaux, pointed out in the moonlight of a clear night how the windows in the room were reinforced with iron bars. The runaways stayed in a hallway, growing more suspicious by the minute.

Sheriff Green finally appeared, but he, too, was unable to coax the slaves out of the hallway. He then hurried back to his living quarters in order to retrieve his gun. The slaves followed him right into those living quarters.

There, Predeaux sprang into action, throwing a shovel full of hot coals from the fireplace all over the room and onto a bed. He used a fireplace poker to break out a window, and then he kept the sheriff and Hollis at bay while his compatriots climbed out the window and dropped 12 feet onto the ground outside.

Finally, Predeaux pushed the sheriff away and made a run for the window himself. The sheriff’s pistol jammed, and Predeaux, too, made it out of the building. Everyone else was gone by the time his feet hit the ground, so he set out to make his way to Wilmington and the home of famed Underground Railroad conductor Thomas Garrett.

That’s a journey of 50 miles. Predeaux would soon become the first of the Dover Eight to reach freedom.

Six of the others had backtracked, returning along the route that had brought them to Dover. There, they overtook Thomas Otwell and soon were threatening to kill him. Otwell begged for his life. He vowed to get them back on track at the next Underground Railroad stop. Hearing this story later, conductor Thomas Garrett would observe,

It is a wonder that they acted with so much coolness and discretion. One of the men told me he would have killed [Otwell] at once had he not thought, if he did do it, he would have less chance to escape than if they committed no act of violence, which no doubt was a correct view.

The six ended up in the town of Willow Grove, Delaware. From there, they made their way along forested back roads, eventually reaching the Wilmington area, where Garrett’s men managed to find them before the police did. They, too, soon reached freedom in Philadelphia.

The last of the eight to find freedom was Lavinia Woolfley. Sometime after making the leap from the jailhouse window, she had become separated from her husband James and the others. She managed to stay in hiding in Delaware for several months before finally finding her way into Pennsylvania. She would eventually be reunited with her husband in Canada.

Slave Testimony: Who can you trust?

The former slave Anthony Dawson was interviewed during the Depression years by writers working with the Works Progress Administration. As a slave in North Carolina, he had seen first hand how hard it was to decide who could be trusted along the Underground Railroad, and who could not. (This is from When I Was a Slave: Memoirs from the Slave Narrative Collection.)

Dat was de way it worked. Dey was all kinds of white folks just like dey is now. One man in Sesesh clothes would shoot you if you tried to run away. Maybe another Sesesh would help slip you out to the underground and say “God bless you, poor black devil,” and some of dem dat was poor would help you if you could bring ’em somethin’ you stole, like a silver dish or spoons or a couple big hams.

I couldn’t blame them poor white folks, with the men in the War and the women and children hungry. The niggers didn’t belong to them nohow, and they had to live somehow.

But now and then they was a devil on earth, walking in the sight of God and spreading iniquity before him. He was de low-down Sesesh dat would take what a poor runaway nigger had to give for his chance to get away, and den give him ’structions dat would lead him right into de hands of de patrollers and get him caught or shot.

Yes, dat’s de way it was. Devils and good people walking in de road at de same time, and nobody could tell one from t’other.

NOTE: More information about Tubman Travels: 32 Underground Railroad Journeys on Delmarva is available here. Last but not least: Thank you so much for reading!