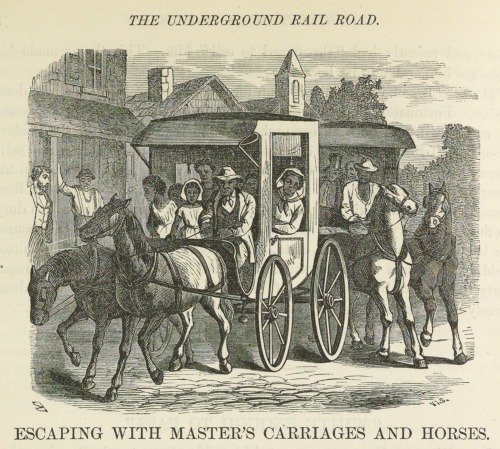 TUBMAN TALES: The Other Harriet’s Wild Ride to Freedom

Home / Way Back Machine / TUBMAN TALES: The Other Harriet’s Wild Ride to Freedom

American history has its share of famous horseback rides. There is the “Midnight Ride” of Paul Revere, of course, in which the Massachusetts patriot spread the news that the British army was on the move. Then there is Delaware’s Caesar Rodney, who made a mad dash to Philadelphia so as to cast a last-minute vote for American independence on July 4, 1776.

If the field of history worked a little bit differently, the name of Harriet Shephard might rank on that level when it comes to the annals of the Underground Railroad. But alas, history depends on the existence and survival of old records and books and correspondence. There is very little along these lines about Harriet Shephard.

When was she born? When did she die? Who was she married to? What happened to her after her mad dash out of bondage?

Here is what little we do know. Harriet was born a slave in Kent County, Maryland, in the area around Chestertown. We can be kinda sorta sure that her owner was a man named George W.T. Perkins, as the census records listing the first names of Perkins’s slaves are a pretty close match with the names of Harriet and her children.

By 1855, Harriet had five children, ranging in age from newborn to about 12. Their names were Anna Maria, Edwin, Eliza Jane, Mary Ann, and John Henry.

The fall of that year must have been a tumultuous time for slave owners in Kent County, with a rash of runaways dominating the talk of the town. One large group of 10 slaves made their escape in September. Seven more fled on Oct. 20.

Harriet Shephard’s turn came up on Oct. 26, a Friday. We have only vague hints as to why she ran. Underground Railroad chronicler William Still met Harriet during her escape and later recalled her saying that she had not received “kind treatment” from her master. Still also praised Harriet for her strong desire to get her children out of bondage.

Harriet’s ride was a remarkable affair, even by the remarkable standards of the Underground Railroad. Not many women led their own escapes in the manner of Harriet Tubman, but Harriet Shephard was in that number. And there might not be any other cases where that woman was the mother of five, with all of her children in tow.

In fact, there were a total 11 people in Harriet’s party. Seven of them were minors—Harriet’s five children and two enslaved teenagers, William Thomas Freeman and Thomas Jervis Gooseberry. We do not know the names of the other three, though two of them were reportedly an aunt and an uncle of Harriet’s.

Another remarkable element of this escape is its sheer brazenness. At some point in the afternoon or evening of that Friday, Harriet and her makeshift band of runaways absconded with two carriages and several horses belonging to Harriet’s master.

Then they just ran, flat out and as fast they could. They must have pushed the horses to the limits of their endurance, considering that they arrived in Wilmington, 45 miles away, the next morning. 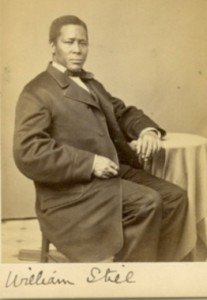 “It is but reasonable to suppose that the first report must have produced a shock scarcely less stunning than an earthquake …,” Still would write in his journal a few weeks after that, adding a bit of speculation about the “cursings and threatenings” that likely filled the air in Chestertown that day.

Harriet and her compatriots don’t seem to have had much in the way of a plan beyond running those horses as hard as they could, so it’s probably safe to assume that they took the straightest possible route to Wilmington. The modern-day Route 301 is a likely candidate, or perhaps some other road that ran back then along a parallel path.

Once in Wilmington, the 11 runaways didn’t make much of an effort to disguise themselves. They simply “ventured up into the heart of town in carriages, looking as innocent as if they were going to meeting to hear an old-fashioned Southern sermon,” Still reported.

But luck was on Harriet’s side. One or more sympathetic souls spied her party’s arrival and guessed their predicament. They soon got word to Underground Railroad conductor Thomas Garrett, who then advised the runaways to abandon their horses and carriages right there on the street.

Slave hunters arrived on the scene just a few hours later, on Saturday afternoon. They found the horses, of course, but Harriet and her crew were another matter. By then, Garrett had the runaways wearing disguises and off on their way north via a string of safe houses, first in Longwood and then in Pocopson and then in Kimberton. It was early November by the time Harriet and her children arrived in Philadelphia at the office of William Still.

We don’t know what happened after that. The historians who’ve looked at the flight of Harriet Shephard speculate that she and her children were transported into upstate New York and on across the Canadian border, but no one knows for sure where they landed, or what became of Harriet and her children later in life.

The only fleeting mention of them that appears in the historical record after Harriet’s mad dash to freedom with her children is from back in Chestertown. There, a notation in the Maryland census records from 1860 show that Harriet’s former owner reported to the government that several of his slaves belonged in a category called “fugitives from the state.”

I have not yet come across an accurate count of how many slaves escaped from Chestertown and Kent County in the months and years that followed Harriet Shephard’s ride to freedom, but the numbers must have been quite significant.

By 1858, slave owners there were taking the law into their own hands in a desperate and sometimes violent campaign to prevent any more of their “property” from running off. 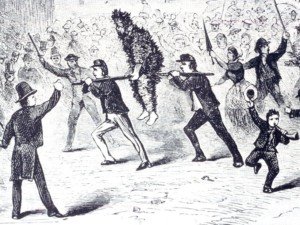 On June 23 of that year, a stranger approached the house of James Bowers, a white antislavery Quaker who had been acquitted a couple of years before on charges of aiding a runaway slave. The stranger asked Bowers for help with a broken down carriage and then led him into an ambush by a group of 30 men. They dragged him into some nearby woods, where he was tarred and feathered and then told to leave the state, or else.

Bowers had to leave his pregnant wife behind that day. The local press branded him a “perfidious scamp” and an “evil doer.” Nonetheless, Bowers returned to Kent County after the Civil War, moving onto a piece of property near the modern-day town of Worton. He is buried in a Quaker cemetery near the town of Lynch.

In the days after the Bowers ambush, the Kent County vigilantes went after another target, a free black woman named Harriet Tillison. From the sketchy surviving reports that we have about her, this woman apparently had a habit of wandering the backroads of Kent and Cecil counties, where she had quite a reputation for skills in “conjuration and fortune telling.”

According to a local newspaper account, however, Tillison’s various comings and goings were often “followed by the escape of slaves.” That same article described her as “dwarfish in appearance, scarcely weighing 50 pounds,” and perhaps quite light-skinned, as she “has a strong infusion of the Anglo-Saxon.” This other other Harriet sounds like an utterly fascinating character, and perhaps someone who helped quite a few slaves make their way to freedom.

Alas, these tiny tidbits are all we really know. Like James Bowers before her, Tillison was tarred and feathered by the mob. There seems to be no reliable record of what became of her after that.

• NOTE #1: Here is where you can find the four previous installments in this series.

• NOTE #2: These “Tubman Tales” are drafts in progress for my next book, which is tentatively titled The Tubman Travel Companion. I greatly appreciate any and all feedback, positive and negative, that will help me improve the work. You can chime in below in the comments, or you can send me an email at SecretsoftheEasternShore@gmail.com.

• NOTE #3: The image up top here was done for William Still’s book, The Underground Railroad.

Thank you so much for reading!

Copyright 2017, Secrets of the Eastern Shore

The Legend of Gilbert Lare, aka “The Del-Mar-Va Bandit” of the 1930s