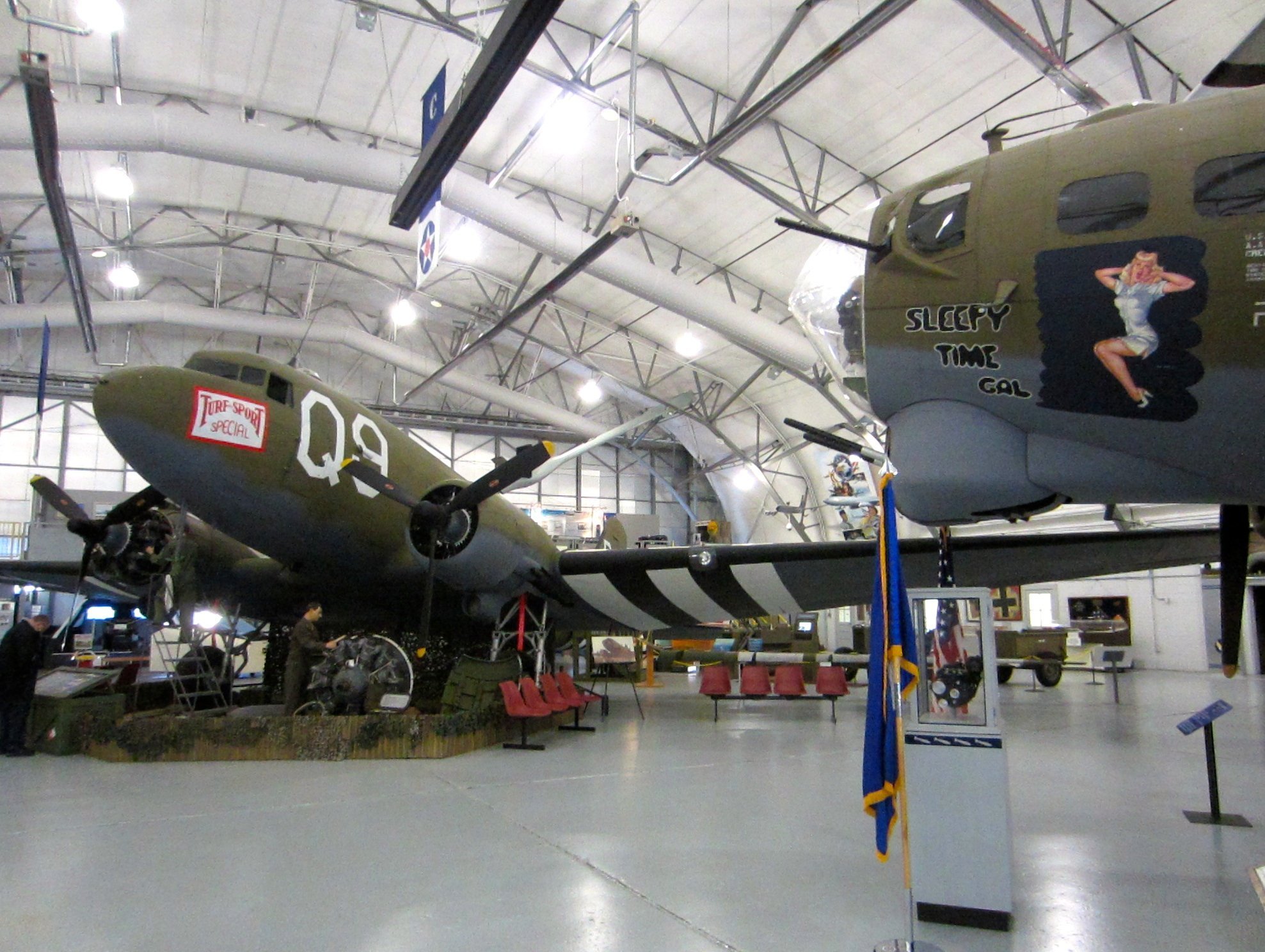 When Eldridge Reeves Johnson graduated from Dover Academy in 1882, the school’s director gave him some blunt advice: “You are too god damned dumb to go to college. Go and learn a trade.”

Soon thereafter, Johnson landed an apprenticeship at a machine shop. Then, after a few years of working for other people, he hung up a shingle of his own at the Eldridge R. Johnson Manufacturing Company. Everything there was going right according to plan until the day a customer came in and asked Johnson if he might be able to build a motor for a Gramophone so that the record player would no longer need to be cranked by hand. 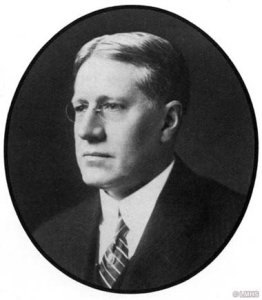 “The little instrument was badly designed,” Johnson would later recall. “It sounded much like a partially educated parrot with a sore throat …. But I became interested in it as I had never been interested before in anything.”

The story of how that day put Johnson on the path to starting up the Victor Talking Machine Company and revolutionizing the American music industry is the focus of the Johnson Victrola Museum in downtown Dover. It’s the first of three stops in this day trip devoted to museums that tell stories about the can-do spirit and get-‘er-done resourcefulness of everyday Americans.

I love idiosyncratic little museums that are well done, and so I am very happy to report that the Victrola museum is a model of the type. Thanks to a great tour guide and an excellent collection, I was fully engaged from the moment I arrived in the story of how the man who was “too god damned dumb to go to college” started a company that grew to cover 10 city blocks in Camden, NJ. Johnson ended up a millionaire many times over.

On the first floor is an outstanding collection of so-called “credenza” models, the Victrolas that were disguised to look like highly decorative pieces of furniture. My super knowledgeable tour guide walked through the collection with me, pausing now and again to play a record on the old machines. As a country music kinda guy, I was very excited when he broke out a couple of Jimmie Rodgers records. It turns out that in releasing albums by Rodgers and the Carter Family, the Victor Talking Machine Company basically invented the genre of country music. 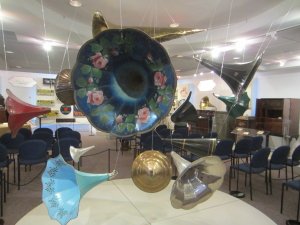 And who knew that the phrase “put a sock in it” came from people trying to modulate the volume on their Victrolas?

Next up is a re-creation of Johnson’s office. Around the bend after that a photo array telling the story of the company’s meteoric rise after its founding, in 1901. Upstairs, there are more Victrolas, lots of colorful Victrola horns, and a fun tribute to the company’s famous mascot, Nipper.

Amazingly, admission is free. By the time my tour ended, I was feeling a need to be mighty generous at the donation box. 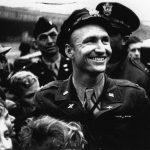 The museum is housed in a giant aircraft carrier. When you pull up and park, you’ll be greeted by fun World War 2 era big band tunes. Inside, you’ll basically bounce from one cool story to the next. In an exhibit dedicated to the Berlin Airlift, there is the story of Lt. Gail Halvorsen (left), whose method of delivering treats for the children of Berlin earned him the nickname, The Candy Bomber.

Over in the section on air refueling, there is the story of wing-walking daredevil Wesley May, who on Nov. 21, 1921 walked out on the wing of one airplane and then in on the wing of another with a five-gallon jug of gas strapped to his back. Yes, really both planes were flying at the time. It was the first successful in-flight refueling operation in history. 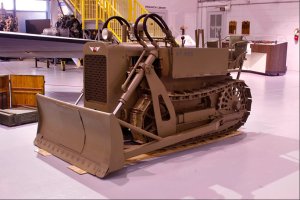 The stories just keep on coming. I walked up to the Clark CA-1 Airborne Tractor wondering how such a humble-looking piece of equipment earned such a prominent display space. I stopped wondering when I read about how a construction team armed with these multi-talented workhorses was flown in by glider behind enemy lines in Burma. It took that team all of one day to build a 5,000-foot-long runway in a jungle clearing.

There were friendly volunteers hanging around on the day I visited, most of them knowledgeable older military types happy to field questions and tell some stories. The air park outside is just amazing, especially when you are standing under the gargantuan C-5 Galaxy, the biggest and baddest cargo plane in the history of the world. It stands six stories tall. If it were turned up on its back end, it would be 24 stories tall. From wingtip to wingtip, it is wider than the White House. 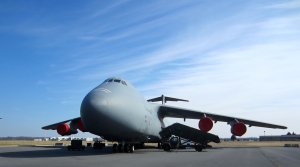 The best day to go to the Air Mobility Command Museum is on the monthly Open Aircraft Day, when you can climb into the interiors of a bunch of planes, including the C-5 Galaxy. As of this writing, Open Aircraft Day is held on the Third Saturday of warmer months. Be sure to call ahead at 302-677-5938 to confirm that this is still the schedule.

One last note at this stop: The museum also features a beautiful little memorial to everyone killed in the Sept. 11 attacks. It incorporates two pieces of steel from the World Trade Center, a rock from the United Airlines Flight 93 crash site, and a block from the damaged portion of the Pentagon.

The third and final stop in our American ingenuity tour focuses on rural and small-town life in times gone by. The Delaware Agriculture Museum and Village has traditional exhibits and old farm equipment on display indoors, where there is an old crop dusting Stearman biplane hanging from the ceiling and a really neat collection of baseball caps from old seed, chemical, and equipment companies. 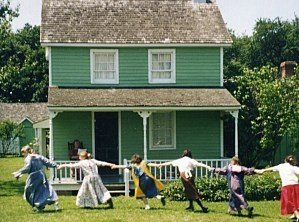 But the real action at this little museum is outside, where you will see that the people who put this little museum together are all about the noble work of rescuing and restoring old buildings. They have moved their rescued buildings here and laid them out as a replica small town from the turn of the 20th century.

The 1864 train station came here from Woodside. The postcard-pretty St. Thomas Church building (1857) used to be in the countryside south of Georgetown. The itty bitty barbershop building (1900) came from Magnolia, where barber Harry Gourley charged 9 cents for a kid’s hair cut if the kid sat still and 10 cents if the kid wiggled. There is a general store, a one-room schoolhouse, a blacksmith’s shop, and much more of interest, including unusual three-seater and four-seater privies.

I’m not sure what it is about this town that enables it to draw in so many people who are so determined to build interesting little one-of-a-kind museums, but whatever it is—keep it up, Dover!

Dover International Speedway is nearby. So is the Dover Downs Casino.