By Helen HutchinsonAugust 27, 2022No Comments

Home / Characters / How Bout Them Dawgs? The Crazy Connection Between Georgia Football and Cambridge, Md.

The 2022 college football season begins in earnest in the month I’m writing this, and the defending champion Georgia Bulldogs are once again ranked among the nation’s top teams. I can sense the question forming in your mind: What in the world does this have to do with the Delmarva Peninsula?

Executive summary:
• Georgia’s official nickname is “Bulldogs.”
• The team’s rabid fan base prefers the more informal and creatively spelled “Dawgs,” which is of course pronounced in a full-throated Southern drawl, as in “How ‘Bout Them Dawgs?” And “How ‘Bout Them F@#$#%& Dawgs?”
• This famous bit of linguistic bombast dates back to the wild and wooly 1970s, and its roots are in … wait for it … Cambridge, Md.

Cambridge was the hometown in those days of a fun-loving pair of best teenage buds, Steve “Shag” Davis and Gene “Blue” Robbins. A star quarterback during his high school days, Davis became a wide receiver at Georgia. That nickname was about his mess of a hairstyle.

Robbins left Cambridge in the mid-1970s to serve in the Navy. His nickname was a fashionable affair, rooted in his love for blue jeans. Stationed at Charleston, SC, Robbins somehow managed to get himself on a schedule that allowed regular trips to visit his buddy Shag and watch the Georgia Bulldogs play.

He became such a fixture around the team that many years later one Georgia player remembered his presence this way: “Blue was like dog shit after the snow melts—everywhere. I’m surprised he didn’t get his ankles taped by the trainers.”

On Sundays after Saturday game days, Georgia’s players had a team brunch. Pretty much every time they emerged from that meal, Blue Robbins would be outside in the parking lot, waiting to say goodbye to Shag Davis and everyone else on his favorite team before getting in his Ford Pinto station wagon (it had wood paneling on the side) and heading back to base.

In what became a weekly ritual, he would cry out “Go Dogs!” But he did it with a flourish:

“It all kind of started as a joke,” he said. “A lot of the Georgia players thought I talked funny because of my Maryland accent. Well, I thought some of them talked kind of funny with their southern drawls. So, I exaggerated ‘Go Dogs’ to make it sound like ‘Go D-aaawwwgggs.’”

From Little Joke to Famous Slogan 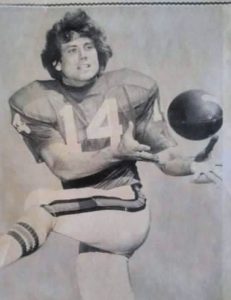 That pronunciation game went from idle curiosity to the stuff of Georgia legend in the days leading up to the 1977 Sugar Bowl. Robbins had driven to New Orleans several days before the game. At one point, he parked at the airport where he planned to greet the team as it got off a plane and boarded a convoy of buses.

But he fell asleep, waking in a panic to the sight of the team’s caravan of buses pulling away off in the distance. Robbins shoved that Pinto panel wagon into overdrive, determined to overtake the caravan. The players and coaches aboard those buses soon heard a furious honking from the next lane over.

There, Robbins passed one bus after another, his windows rolled down and his horn blaring. On the side of his Pinto was a chintzy homemade sign: “Go Dawgs.”

They take college football very seriously in Georgia. The material here on the mid-1970s antics of Blue and Shag comes mostly from a magazine-length article published last year on a Georgia football page at Rivals.com. 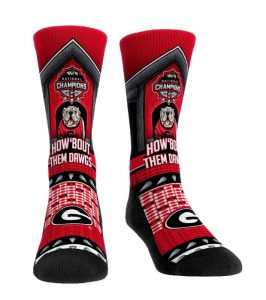 How ‘Bout Them Socks?

At one point that story cites an “athletics history specialist” from the university’s Hargrett Rare Book and Manuscript Library whose job apparently includes delving at great depth into phenomena like this Dawg moment. The first time the word “Dawgs” (instead of Bulldogs, or even ‘Dogs) appeared in the media came only a few months after that Pinto-chasing-the-buses incident in 1977.

In just two short years, “Dawgs” went from nonexistent to commonplace among the Georgia football faithful. And before long it transmogrified into the war cry that lives on today among the Bulldog nation: “How ‘Bout Them Dogs!”

“It all started pretty much as a joke-type deal,” Robbins said. “Of course, maybe I should have patented ‘Dawgs’ back in 1976. I might be a rich man!” 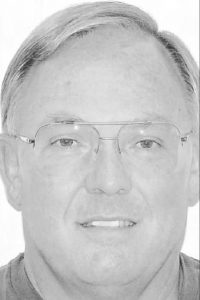 Steve “Shag” Davis had a brief, injury-marred career in the National Football League. He played a little up in Canada, too. He eventually moved to Chicago, embarking on a career in sales. After returning home to the Eastern Shore to help his aging parents, he launched a successful business in Cambridge called Blue Gourmet Seafood. Davis also worked closely with writer Patrick Garbin on the book “Dawgs Gone Wild,” with a subtitle that promises the inside scoop on the “Scandalous ’70s of UGA Football.” The Amazon listing for the book has it filled with “sex, drugs, and debauchery.”

Gene Robbins came back to Maryland and embarked on a career with the state, working in the general services section of the state Comptroller’s office, which manages supplies and mail services for more than 1,000 employees. Robbins lived in Denton for a while before moving to Greensboro, where he now lives in retirement.

He has been very active over the decades in youth sports organizations, including the Denton Little League and the Choptank Athletic Association. He also served on the board of directors of a group that supports student athletes at North Caroline High School.

Fittingly, North Caroline’s sporting nickname is … wait for it … the Bulldogs. 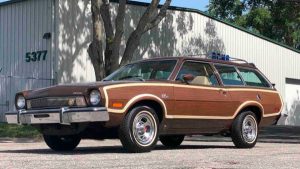 • The photo up top here shows Shag Davis in his quarterback days at Cambridge High School and Blue Robbins standing before a Georgia football game with the Godfather of Soul himself, James Brown.

• Selfish closing note: I have a whole book that’s full of fun stories from Delmarva days gone by. The title is “You Wouldn’t Believe! 44 Strange and Wondrous Delmarva Tales.” Maybe this one will be in the next collection!