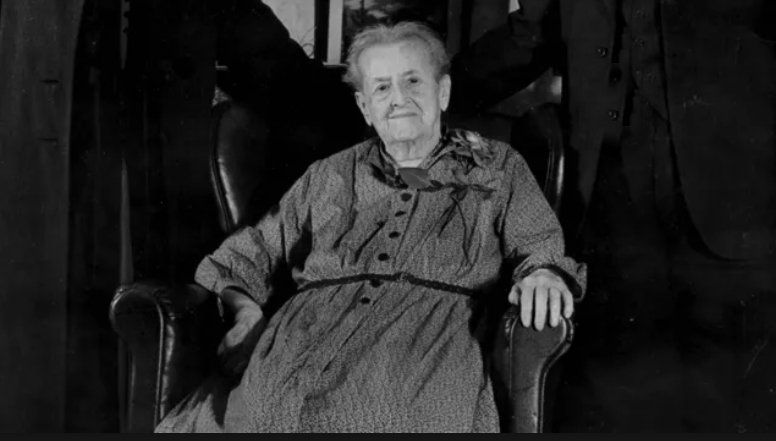 NEVER TOO LATE: The Snow Hill Woman Who Became an Artist at Age 85

Home / Characters / NEVER TOO LATE: The Snow Hill Woman Who Became an Artist at Age 85

Most every chapter in the new Secrets book, Eastern Shore Road Trips 2: 26 More One-Day Adventures on Delmarva, ends with a fun and interesting story from days gone by. In this free excerpt from the road trip to Snow Hill, Md., that “Way Back Machine” section tells the story of a woman there who became an artist at the age of 85, after landing in a wheelchair.

When Julia Purnell landed in a wheelchair after a bad fall, she could have given up on an active life. She was 85 years old, after all. We’ve all heard stories about older people who let despair get the best of them in the face of such setbacks.

Not Purnell: She decided to start making art full time, and the work she turned out over the 15 years that followed is the reason her name adorns a museum in her hometown of Snow Hill, Maryland.

The biographical material I have seen about this remarkable woman is pretty thin, so it’s impossible to pinpoint the secret behind her late-in-life run to artistic success. Purnell was born in 1843 as Julia Anne LeCompte. Her parents, James and Henrietta, ran a general store in Snow Hill. The town’s post office was housed in that store, too.

Julia learned to sew early in life, as almost all young women did back then. The last time I stopped by the Julia Purnell Museum, the historian Linda Duyer was on duty for the day. She told me about oral-history speculation that had Purnell developing her skills at an early age by sewing decorative satin sheets destined to go inside the coffins that were sold at the general store.

By 19th century standards, Julia married late in life, at age 26. The Civil War may have had something to do with that—it began when she was 18 years old. She and the shopkeeper William H. Purnell had two sons, William and Francis. Julia once described this raising-a-family stretch as “the happiest years of my life.” 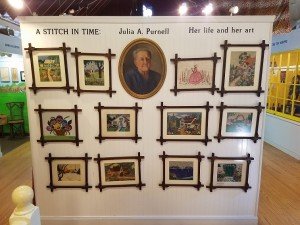 She probably did lots of needlework through those years, but most of it would have been functional stuff—mending clothes, making quilts, and the like. Now and again when time allowed, she would create something fanciful, like a Snow Hill streetscape scene. After that fall, however, she started approaching embroidering with the mindset of a painter, albeit one who uses a needle instead of a brush.

The works she created from this point on featured highly detailed depictions of the homes, churches, and gardens of Snow Hill. She had no formal training as an artist, so her work falls into the category of folk art that is often dubbed “outsider” or “visionary” in museum circles. In retrospect, there is an aspect of historical preservation to her output as well—the scenes she embroidered document the look of buildings that have since fallen victim to floods, fire, storms, and demolition.

Purnell was incredibly prolific in her late 80s and 90s. Staffers at the Purnell Museum estimate that she made more than 1,000 works over that 15-year period. She gave most of those works away to friends and neighbors, actually. Today, the museum has about 100 of these pieces in its collection—they include not just street scenes but quilts, dolls, and appliqué compositions as well. 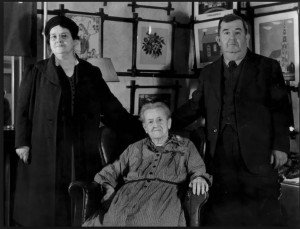 Many “outsider” artists toil in anonymity during their lifetimes, but Purnell managed to enjoy a measure of acclaim. When she was 97, her son, William (who is shown at top right in one of the photos here), sent a batch of her artworks to the prestigious Philadelphia Hobby Show. She was awarded a first prize and a grand prize at the show. She was inducted into the Hobby Hall of Fame in the early 1940s as well.

Purnell died just after her 100th birthday, in 1943. The year before, William had opened the Julia Purnell Museum in an outbuilding at his Snow Hill home. Eventually, the museum was moved into a former Catholic Church at 208 Market Street, just outside of downtown. The needleworks on display there have Victorian-style walnut frames built by William himself, who made his living as a commercial flower grower.

William’s real passion, however, was a hobby that lay somewhere on the border between “collector” and “hoarder.” His stuff, too, is on display in the museum. A bizarre model of an easy chair assembled from itty-bitty spruce twigs is attributed to an unnamed inmate in a New Jersey prison. The three “dressed fleas” on display are exactly that—tiny flea carcasses decked out in elaborate costumes, as per the practice of a bizarre folk-art phenomenon native to Mexico. There is a magnifying glass to help visitors inspect the piece, with consists of three little flea dioramas, each about the size of a penny.

Other items have found their way to the museum over the years as well. The old steamship whistle from the S.S. Morro Castle is here—the vessel wrecked off the coast of New Jersey in 1934, killing 137 in an infamous disaster. Somehow or another, the whistle ended up at a local tomato cannery in Worcester County, which donated it to the museum. The old projector from Snow Hill’s long-gone Outten Theater is here, too—an interpretive note nearby says that Westerns played at the theater on Fridays and Saturdays, while Mondays and Tuesdays were reserved for “better movies.” (Personal aside: I actually didn’t know until reading this that there were “better movies” than old Westerns.)

There is lots more along those lines. The place serves up quite the unpredictable potpourri of facts, objects, and stories. The Purnell Museum also ranks as a piece of history in its own right. With a history that dates back more than 75 years, it may well be the oldest continuously operated museum on the Eastern Shore.

• Here is one final tidbit of interest that appears on a little written display at the museum: “Ms. Purnell’s brother, Thomas LeCompte, drove the stagecoach to Salisbury, a 22-mile trip of 7 hours. She made many trips with him. At Piney Grove, the horses were fed and rested. The terminus in Salisbury was Byrd’s Tavern.”

• The Julia A. Purnell Museum is located at 208 W. Market Street in Snow Hill, Maryland. As of this writing, the museum is open Tuesday through Saturday, 10am-4pm, and Sunday, 1-4pm. As always with attractions like this, it’s best to check on those hours before making a special trip.

• The Purnell Museum hosts a number of annual events, including a needle art competition in September and a Fiber Festival in October. The museum’s calendar of events is here: http://www.purnellmuseum.org/calendar/