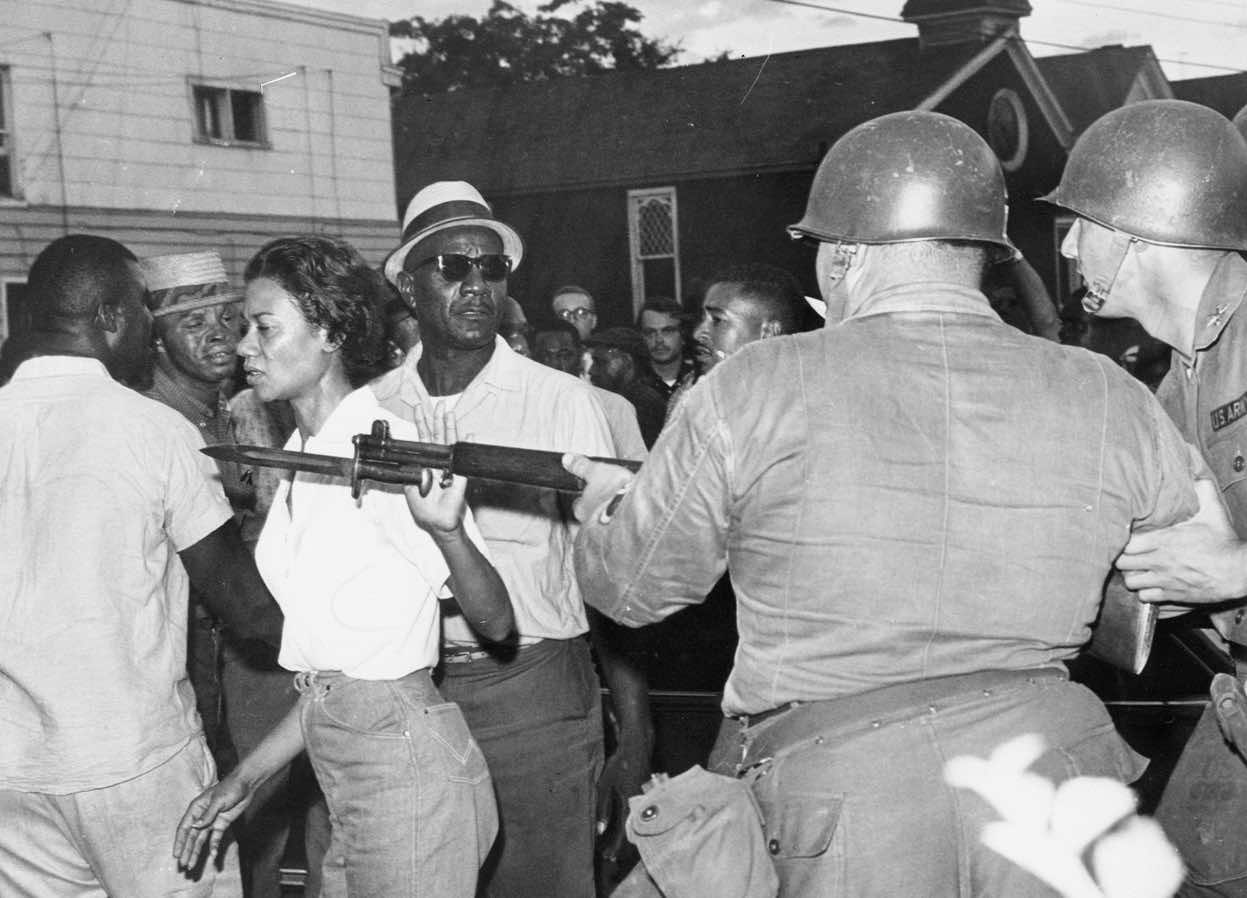 When working on Tubman Travels, my Secrets of the Eastern Shore guide to the sites and stories associated with the Underground Railroad era on the Delmarva Peninsula, I also kept a bunch of notes on other African American stories in Delaware and on the Eastern Shore. Eventually, I put those together into a PDF document that’s available as a free download to everyone who reads the Tubman Travels book.

One of the little essays in that document focuses on the Pine Street neighborhood of Cambridge, Maryland. It’s a low-key-looking community today, but it is chock full of history, having earned its place on the National Register of Historic Places not through one big event or famous person, but in several different ways.

On the weekend I’m posting this, Cambridge is putting together a street festival along Pine Street that pays homage to that history. Information about that Groove City Culture Festival on Sat., Aug. 18 is here. The headline musical attraction is highly recommended–the legendary Washington, D.C. go-go band E.U. is going to hit the stage about 5pm.

For much of its history, Cambridge actually had two “Main Streets.” They ran parallel to one another, just one block apart. Race Street was the central commercial corridor for whites, while Pine
Street served the same role for blacks.

That black community’s roots ran deep along the latter corridor. The first free black to move into the Pine Street neighborhood did so in the early 1800s, so this has been a continuously occupied African-American neighborhood since Thomas Jefferson was president. Only a handful of modern-day black communities in the whole country date back that far. 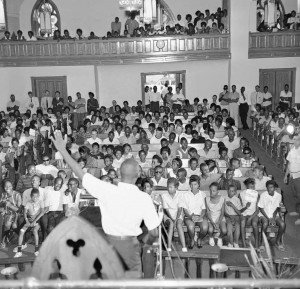 In the 1960s, the Pine Street neighborhood was the center of a nationally significant chapter in the civil rights movement. The so-called Cambridge Movement was a watershed development, marking the first time civil rights activists went beyond a Deep South agenda of voting rights and public accommodations to start demanding action on the broader issues of housing, jobs, and economic justice. That’s Cambridge Movement leader Gloria Richardson Dandridge calmly walking past National Guardsmen in the photo up top here.

The demonstrations that unfolded along Pine and Race streets in the 1960s landed with some regularity on the front pages of newspapers around the country. The Kennedy White House got deeply involved in trying to settle the contentious issues at hand. The National Guard was called in several times.

While the movement had its share of successes, the civil-rights-era chapter ended badly for Pine Street, with a tragic fire in 1967 that destroyed two blocks of the community. No one knows how the blaze started, but it began just after a speech by the controversial activist H. Rap Brown. (If you are interested in learning more about the civil rights story in Cambridge, the book to look for is Civil War on Race Street: The Civil Rights Movement in Cambridge, Maryland, by the historian Peter Levy.) 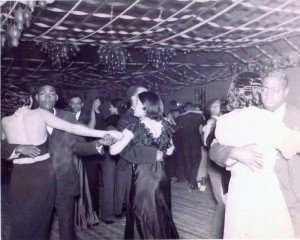 Dancing in a club on Pine Street

Two historic church congregations dating their histories to the 1800s are here as well. Waugh Chapel African Methodist Episcopal Church was founded during slavery times, in 1825. The nearby Bethel AME dates its history to shortly after emancipation. Both churches played key roles in the civil rights movement.

Entrepreneurship is another key theme along Pine Street. In the early and mid-20th century, dozens of family-run businesses occupied parts of the homes here. In the 1930s, the Pine Street neighborhood had a homeownership rate approaching 90 percent. This was the first African-American community in Maryland to form its own free library. Pine Street was a well-known stop on the chitlin’ circuit, too, with multiple venues hosting an incredible array of musical talent—from Ella Fitzgerald to James Brown and just about everyone in between.

Today, the Pine Street community is mostly residential, with just a smattering of businesses harking back to those old days. It lies in a geographic triangle bordered by Pine, High, and Washington streets that is just to the west of the main downtown commercial corridor along Race and Poplar streets. A couple of historic markers have been erected in recent years. The Dorchester County Tourism office has developed a walking tour brochure highlighting key sites.

—posted by Jim Duffy on Aug. 17, 2018
Copyright Secrets of the Eastern Shore/Whimbrel Creations. All rights reserved.

NOTE #1: Another interesting Pine Street event is coming up on Thurs., Sept. 20. The nonprofit civic group Eastern Shore Network for Change is organizing a community discussion of Pine Street’s history based on that book I mentioned, Civil War on Race Street, by Peter Levy. The group is going to broadcast the event live here on its Facebook page. As the event gets closer, I’m sure there will be more details on how to attend the event as well.

NOTE #2: The walking tour brochures mentioned above are available from the Dorchester Visitor Center, 2 Rose Hill Place in Cambridge, or by calling 410.228.1000.

NOTE #3: Another and somewhat older continuously occupied black neighborhood is just up the road in Easton, Maryland. Here is a piece I worked up after touring The Hill neighborhood with an expert.