By Secrets of the Eastern ShoreSeptember 21, 2022September 30th, 2022No Comments

In other parts of the world, the first chilly nights of autumn bring an end to outdoor festival season. But when cold winds start blowing here on Delmarva, it’s time to break out an extra layer or two and head out to slurp down bivalves and beer. There are dozens of oyster festivals between October and March–some outdoors, some indoors. Here are a few of the more notable options.

This one will sell out early, so don’t procrastinate. The menu includes clam chowder, raw oysters, steamed oysters, single fried Oysters, oyster fritters, and clam fritters. No worries, there is a salad bar, too. Details.

This one is held under a big tent on a gorgeous old plantation along the Upper Eastern Shore backroads west of Cecilton, Md. The manor house should be open for tours. There will be bluegrass music along with fried, roasted, and baked oysters. Details.

This street festival in a real-deal fishing community on the Upper Eastern Shore has music, crafts, vendors, and lots and lots of oysters–shucked, fried, stewed, etc. Details.

This all-you-can-eat affair on the Lower Eastern Shore features oysters fixed every which way, plus lots of other seafood treats. Live music, “bottomless” beer, and more. Details.

The main event here–an all-you-can-eat, BYOB affair on a Saturday afternoon a real-deal watermen town–has been held in recent years in an old warehouse down at the Saxis Marina. There will probably be an after-party at Capt. E’s Hurricane Grill. You might want to practice your karaoke for that. Here is info.

This sweet bit of small-town bliss is a Friday evening affair held outdoors in a park along Exmore’s Main Street. Seaside oysters, clams, clam chowder, and pulled pork barbecue on the menu. Details.

On top of the title attraction, the museum’s annual bivalve bash will have boat rides, live music, and activities geared to all ages. Details.

Tickets sell out in the blink of an eye for this annual roast in the storied “Little City by the Sea.” It benefits the Navy Seal Foundation. As of this writing, nothing has been announced for the 2022 event. If the roast is happening this year, info about ticket sales will probably go up here on the Island House Facebook page. Nothing was up there last I checked. Or the Island House phone is 757-787-4242. 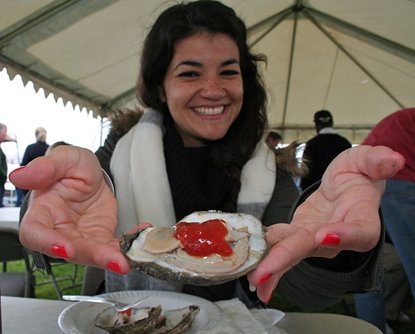 This one happens at the Tidewater Inn smack dab in the middle of the big town-wide Waterfowl Festival held annually in Easton, Md. Great local music and libations on top of the oysters and other Eastern Shore-inspired foods. Details.

Traditionally held at the Cape Charles Museum on the Saturday after Thanksgiving, this one features fried chicken, chowder, and voluminous sides on top of the title attraction. Live music, too. Here is the event page, although last time I looked it had not yet been updated with 2022 info. 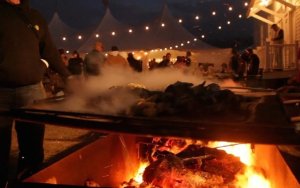 In addition to abundant oysters, this second annual event will have lots of ice sculptures, libations, and family-friendly touches. This Facebook page will have details as they develop.

Bundle up, as you’ll spend much of this February night outside under a tent, albeit a tent with heaters. Traditionally, it’s experts at local oyster houses who handle the roasting of wild seaside oysters and the steaming of clams here. Libations, music, auctions, etc. Fair warning: The event sells out quickly year in and year out, so pay attention to the dates tickets go on sale at this event info page.

Since way back in 1937, the fire company in Georgetown, Del. has thrown an Oyster Eat party on the last Friday in February. Here is a little background, and that site is probably where details on the 2023 event will appear at some point.

An all-you-can-eat affair in which local chefs come up with oyster-based dishes. Live band, bottomless beer, etc. When they are ready to announce 2023 details, it will probably happen at this link.

–Posted by Jim Duffy on Sept. 21, 2022 for Secrets of the Eastern Shore/Whimbrel Creations LLC. Thank you very much for spending time on this page and wandering around this site. 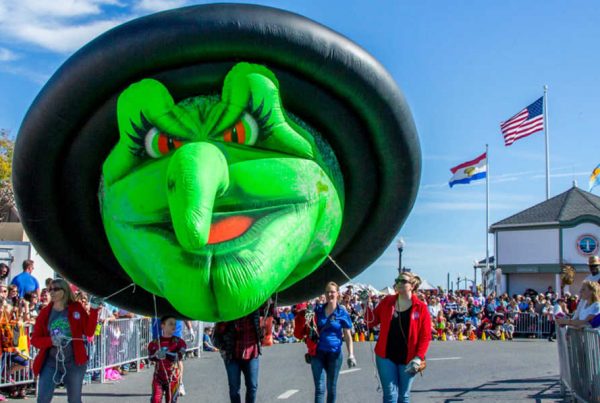