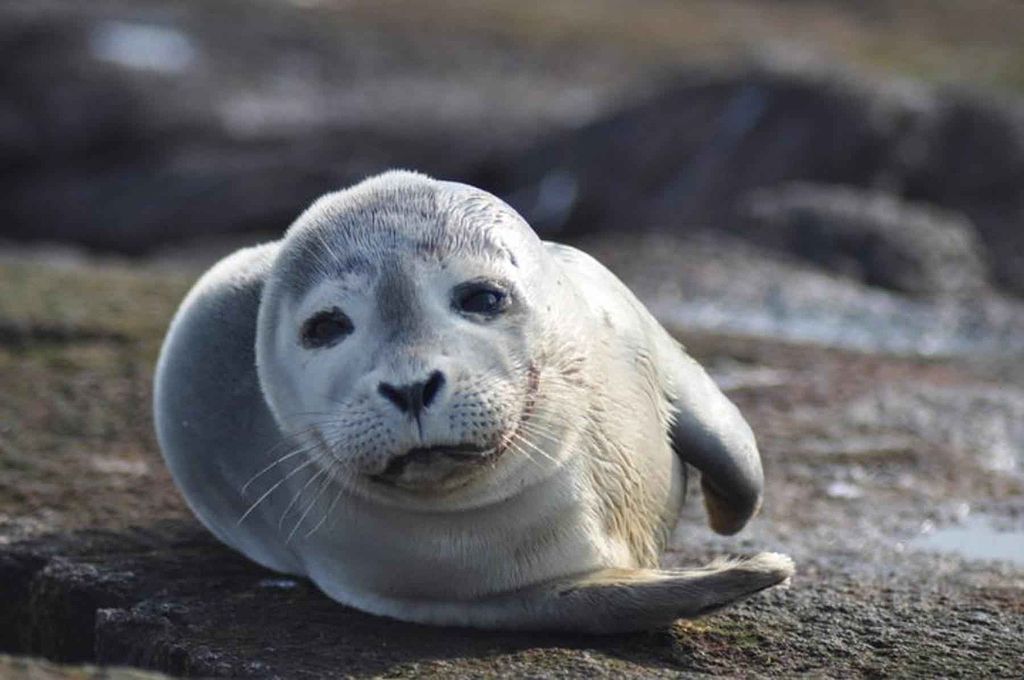 The Deal With Seals: What Brings Guys Like This To Our Beaches?

Home / Destinations / Natural Wonders / The Deal With Seals: What Brings Guys Like This To Our Beaches?

Seals tend to live farther up in the North Atlantic—off of Massachusetts, Maine, and Canada—but every year in the colder months between about January and April a good number of them embark on a hellacious journey to points south in search of more temperate waters.

That’s when they land on our beaches—mostly on the Delaware coast and in the lower Delaware Bay, but sometimes in Maryland as well. Most of these critters will be harbor seals, but mixed in as well will be the occasional gray, hooded, and carp seal.

Harbor seals can be hard to spot. They are either light colored with dark spots or dark colored with light spots. Either way, they’ve evolved to fool predators by looking just like rocks on the beach. Big ones can exceed 6 feet in length and weigh nearly 300 pounds. They are, of course, phenomenal swimmers, mammals able to dive 300 feet and stay underwater for up to 30 minutes.

Distinguishing characteristics include a lack of earflaps, droopy whiskers, and big, googly eyes. Oftentimes, these seals will rest in a weird and uncomfortable-looking “banana” pose, with both their head and their rear flipper raised up into the air. Little known fact: The front flippers on harbor seals have five webbed digits and claws up to 2 inches long.

If you go out looking for seals, or if you just happen upon one, here is the deal: Leave the poor things alone. Also, keep your distance. The seals on our beaches are either very, very tired from their long journey or very, very young (mothers will leave pups on the beach while they go fishing). Plus, seals have evolved with vision that works best underwater, so they tend to get disoriented quickly on land, where they’re not seeing things all that clearly.

If frightened by people or dogs getting too close, these seals can behave in unpredictable ways. They might lunge and bite. Or they might scoot off, terrified, in the direction of a busy road where they get thwacked and killed by a car—really, it happens. General rule: If a seal starts opening and closing its mouth, or if it begins to vocalize, you are too close and it’s time to back off. If you want a close-up view, bring binoculars or a spotting scope. If you want a picture, break out the telephoto lens. Another responsible option is to call Cape Henlopen State Park and ask about the annual educational seal sessions led by their naturalists there.

In addition to keeping your distance, it would be great if you took one other step upon spotting a seal. Call the Marine Education Research and Rehabilitation Institute (302.228.5029), a nonprofit group that will send a volunteer “sitter” to stand watch from a distance and make sure a seal stays healthy and safe until it’s back on its way.

NOTE: The photo here comes from Wikicommons. It was taken by Amanda Boyd for the U.S. Fish & Wildlife Service.