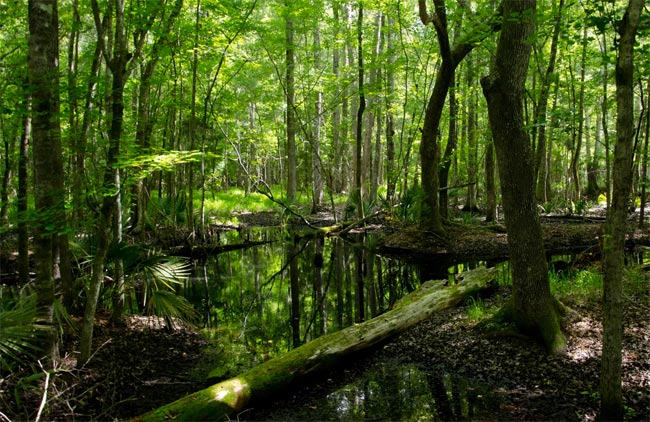 One of the joys of roaming the back roads of Southern Delaware and the Eastern Shore is the opportunity to experience something akin to time travel. Around one bend in the road stands an old-time general store, looking inside and out pretty much the way it did back in the 1930s. Around the next lies a small town Main Street, full of sweet old buildings that transport your mind’s eye back to the 1890s.

Natural scenes can be blessed with this magic, too. Take Trap Pond State Park, a 2,100-acre swath of greenery in Southern Delaware. The park entrance lies just beyond the endearingly (and accurately) named Dirt Road, on the outskirts of Laurel.

The park is home to the northernmost stand of bald cypress trees in the country. You can learn at the Bald Cypress Nature Center there about how this stand is a remnant of a vast swamp that once stretched across some 50,000-plus acres in this part of Sussex County and then reaching down into Maryland and the headwaters of the Pocomoke River.

You’ll also learn that the bald cypress is a strange tree. It looks like a pine tree, but it drops all of its needle-like leaves every fall, just like a maple or an oak. It thrives in flood-prone places where most other trees would drown and die.

And what is up with all those knobby little “knees” rising up all around the trunk? They look like a gaggle of little kids gathered around an old storyteller. Experts used to theorize that these knees were all about facilitating the tree’s oxygen supply, but now they seem to prefer the idea that they are about structural stability, protecting the bald cypress against the high winds of hurricanes and tropical storms.

Here is where we get into this time-travel business. A couple of historians have speculated over the years that the surviving swaths of the old Cypress Swamp—there is another in Maryland’s Pocomoke River State Park –haven’t changed very much over the centuries. The thinking is, this might be as close as you can get on the modern-day Delmarva Peninsula to seeing something that still looks pretty much the way it did when Captain John Smith and his crew were wandering around in the early 1600s.

These places can be quite spooky. They have the look of the Deep South, with sphagnum moss hanging here, there, and everywhere. True cypress swamps never really see the full light of day—it’s always somewhere between dark and semi-dark.

Here is how one traveler began his account of a visit in 1809: At “the entrance of the swamp I met with an old man who usually conducts strangers … and in about a mile … we began to enter one of the most frightful labyrinths you can imagine.”

It should come as no surprise, then, that the swamp has been a popular hiding place over the centuries for everyone from British loyalists and escaped slaves to moonshiners and fugitives from justice. 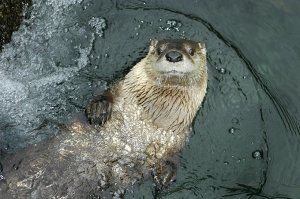 A number of ghost stories have sprung up around the swamp as well. There is the Selbyville Swamp Monster—according to legend, he is the evil spirit of an old shingle maker who died in a swamp fire. There is also talk of the phantom of a young girl in a flowing white gown who prowls around Del. Route 54 carrying her head in her hands. Back in the 1960s, an editor with Delmarva News pulled off a fun stunt in which he dressed up a friend in a costume and then published a story claiming to have photographed a swamp monster.

So what happened to the old swamp? That’s pretty much the same old story of human development—a lot of it was converted to farmland over the centuries, and then there was a big, misguided government project to drain the swamp.

But the most serious blow came in the early 1930s, a time when Delaware was enduring a drought of Dust Bowl-like proportions. Legend has it that a moonshiner’s still blew up and started a fire. However it began, the conflagration that followed burned for eight years. Firefighters would get it under control in one spot, only to find out that the fire had traveled underground via peat moss and buried cypress wood and then reappeared above ground at another spot a mile or two away.

After that, it earned a new name, the Burnt Swamp. 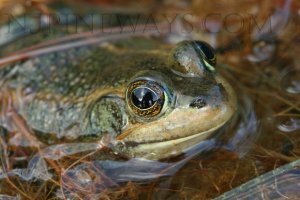 Trap Pond is not the only remnant left of the old swamp. There are sizeable stretches of it at Pocomoke River State Park in Maryland as well. Both places offer abundant kayaking, hiking, and camping opportunities.

And more swamplands are on the way back: The nonprofit Delaware Wild Lands has been working for a while now on a project to restore another 10,000 acres of the old swamp. Already, ecologists are reporting the return of swamp lovers like the redheaded woodpecker, spotted turtles, and river otters. Here is an article about that project.

In a 2015 interview with the Daily Times newspaper, ecologist Andrew Martin was especially excited about the return of the carpenter frog in that area:

Growing up coming out here, if I heard one [carpenter frog] in a year, it was a pretty exciting rarity. Last year I parked the truck and I thought there was heavy equipment moving back in the woods somewhere, and it was just thousands upon thousands of carpenter frogs.

At the time I’m posting this, the Baldcypress Bluegrass Festival is coming up on Sat., May 20, 2017 at the Roman Fisher Farm in Frankford, Delaware, a property of Delaware Wild Lands. Admission includes opportunities to see the swamp via bus tours. Here is info on tickets.

• Here is tourism information for Southern Delaware and Worcester County, Maryland, so that you can see what else is around these parks.