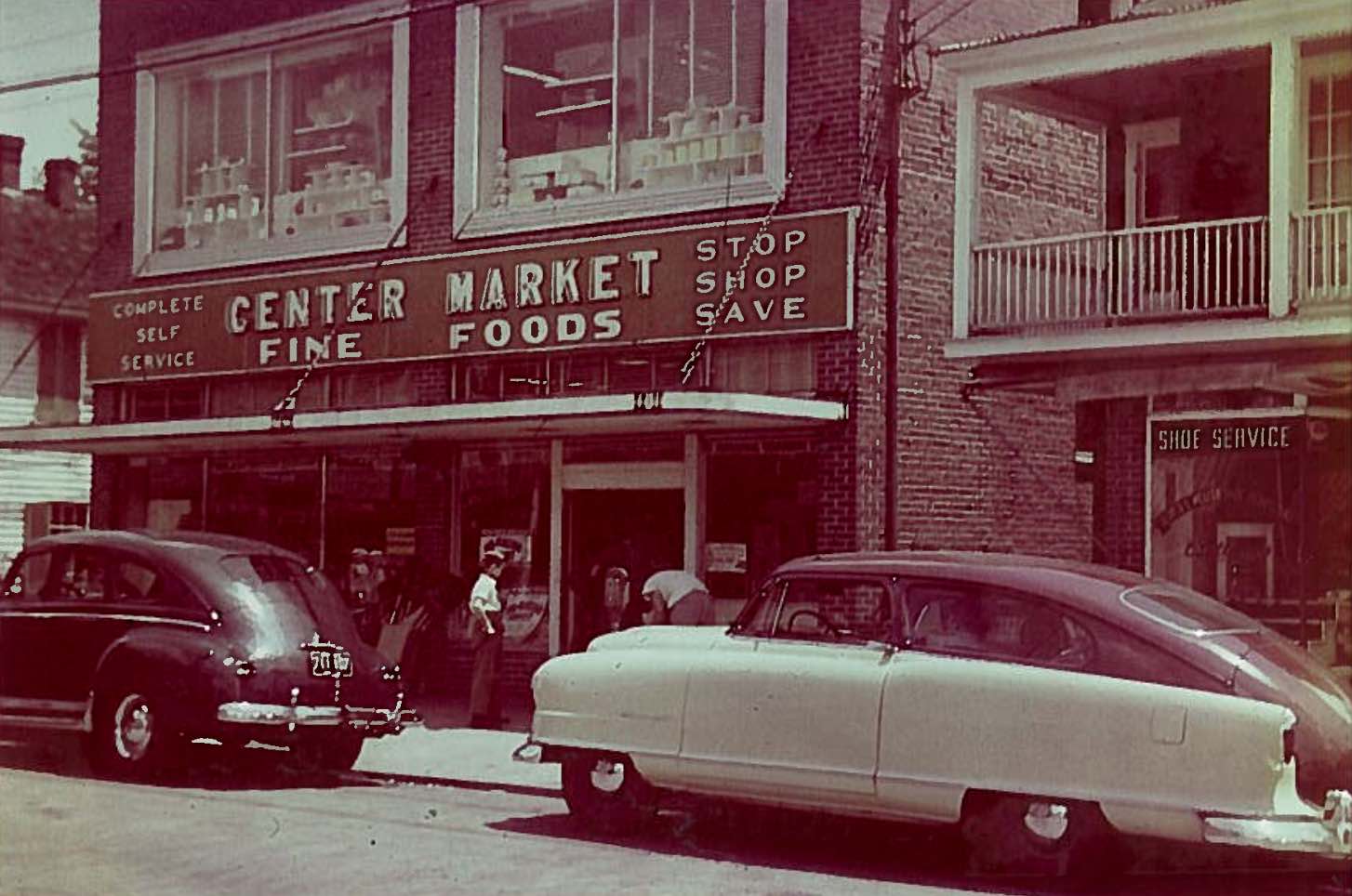 Time Capsule: This Old Grocery Store Has 80-Plus Years of Stories to Tell

Home / Destinations / Time Capsule: This Old Grocery Store Has 80-Plus Years of Stories to Tell

Most folks nowadays get to experience old-time general stores only through the magic of books and movies. But if you venture off of Route 50 and head into the heart of Cambridge, you can still get a taste of the real thing. Simmons Center Market has been around for more than 80 years now.

The store’s name honors the memory of the late James “Jimmy” Simmons, who was born on remote Hoopers Island and moved to Cambridge in 1930, when he was a teenager. He was all of 24 when he decided to launch his own business. He cashed in a life insurance policy to the tune of $52 and then spent that whole nest egg on start-up inventory.

I am doubting that anyone in town back then expected that this new grocery store with its shoestring budget would one day rank as a treasured local institution. I am doubting, too, that anyone dreamed that the youngster behind the counter would prove himself time and again as a trailblazer in his field. 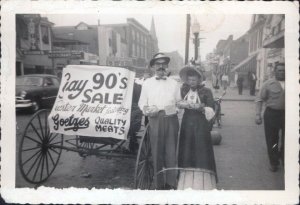 On opening day in 1937, Center Market stood just where it stands today, at 600 Race Street. The store was much smaller then. There was no second floor on the building, and half of the first floor belonged to a confectionary shop. According to family legend, the first customer was a neighborly sort named Dan Marshall, who owned a business across the street.

Today, Simmons Center Market is owned by one of Jimmy’s grandsons, Ricky Travers, and Ricky’s wife, Rosi. Lots of other family members work in the store, too, enough to touch on four different generations, in fact. At a 2017 presentation at the local historical society where Ricky recounted the history of the business, he noted that people who are interested in the operations of small businesses sometimes ask him about his strategy for finding good help.

Ricky likes to reply in deadpan fashion: “We grow our own.”

The grocery game was different in 1937. When Jimmy first opened up, there were 35 different mom-and-pop groceries serving a Cambridge population that was about the same size as it is today—10,000-and-change. Those stores were all tiny by today’s standards, and they all offered counter service only. You told an employee what you needed, and that worker would then go hunting through the back of the store for sugar and flour and canned goods and whatever else was on your list. 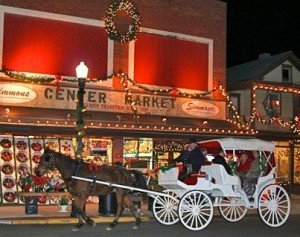 Jimmy must have done pretty well while learning the ropes in the grocery game. In January of 1945 he expanded his store into the adjacent space where that confectionary shop had been. He also stepped out into trailblazing territory, transforming his old-school market into a new-fangled self-service operation of the type we know today.

It was the first modern food store on the whole Eastern Shore. Even in neighboring Delaware, the only self-service operations at that point were in far-off Wilmington. It was not an easy transition for some customers. Many older men, especially, couldn’t bring themselves to push a grocery cart. It felt too much like pushing a baby carriage, they complained, and that did not fit the manly image they preferred to present in public. Instead, these men would pull their carts behind them, wagon-style, wreaking havoc with customer traffic in the aisles.

The next stage of trailblazing at Center Market came in the butcher shop, which had always operated on a traditional cut-fresh-to-order basis. Once the invention of cellophane and other new packaging materials made it possible, the meat department evolved into a self-service operation as well. (In an interesting twist, that butcher counter has come full circle today, with the staff there now specializing in the custom- and fresh-cut meats that many modern-day customers prefer.)

Promotional Games from Back in the Day

At one point, Jimmy Simmons was putting this little jingle in his ads for the meats at his store: “Buy your chicken from me, and I’ll dress it for free.” He was quite the creative promoter. The store often ran sales that revolved around themes that had the staff dressed up in all manner of crazy costumes. On Gay 90s days, it was 1890s garb. There were Western Roundups now and again as well. During one birthday celebration, Center Market showcased the “World’s Largest Cake,” which was then cut into 2,500 pieces. 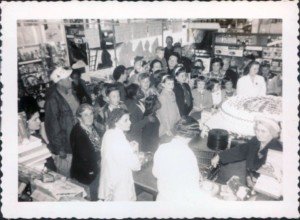 Perhaps the most creative promotion in the store’s long history was built around Orson Welles’s famous radio broadcast, “The War of the Worlds.” Store employees glued pairs of paper plates together so that they would look like flying saucers. Between those plates were coupons, each offering a free gift or some other prize. Jimmy had 2,500 of those flying saucers dropped down into town from an airplane.

“One principal cancelled school that day because all of his kids were running around after those flying saucers,” Travers said.

In 1950, Jimmy Simmons added a second floor to the building. He put a snack bar and a soda fountain up there, then stocked it with an array of toys, housewares, and other essentials. “It was like a Walmart before its time,” Travers says. Aunt Jemima herself once made a promotional appearance up there. The floor was one sticky mess after she left.

The upstairs lasted about a decade in its original incarnation. By the early 1960s, the family-owned groceries that were once so common in towns like Cambridge had begun disappearing. This put pressure on the wholesale side of the business, and when the last local wholesaler in town closed up, Jimmy Simmons sensed another opportunity. He closed off the upstairs to the public and turned it into a warehouse. That part of the business is still thriving today, as Center Market supplies all manner of goods to area schools, restaurants, and event organizers.

In his presentation, Travers served up some interesting memories about life in the heyday of downtown Cambridge. On Friday and Saturday nights, Center Market would stay open until midnight, because those were nights when busloads of customers would come into the “big city” from countryside locales like Wingate and Hoopers Island. The buses would all leave town at midnight, and those customers would crowd into the store at the last minute so that the milk and meats they took back home would be as fresh as possible. 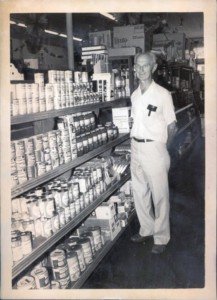 That downtown saw some tense times in the 1960s. The Civil Rights movement in Cambridge was a contentious affair at times, with protesters taking to the streets and the National Guard soldiers patrolling the area. Travers spoke with pride during his presentation about the fact that throughout the years of segregation and Jim Crow, Simmons Center Market had one front door that was open to both whites and blacks.

He also told the story of a more recent day when a black woman visited the store and told the story of how she had grown up down the block in the 1960s and how her mother used to send her to Center Market on errands. Every time she left the store, this woman said, Jimmy Simmons would drop what he was doing and walk out front to make sure she got safely down Elm Street and inside the front door of her home.

Simmons was in his 70s when the store celebrated its 50th anniversary in 1987. By that point, he had been talking for years about this dream he had of putting together a little museum filled with his collection of old grocery store equipment and memorabilia. His family made that dream come true for that 1987 birthday party, putting the artifacts on display in various places throughout the store. The old cash registers, scales, crates, and butchering tools are still on display today. 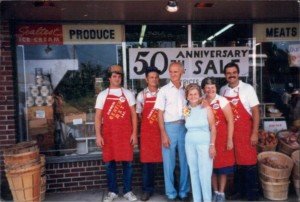 Simmons Center Market has continued to grow through the years. There is a little gift shop next door and beyond that in a parking lot is all manner of plants and gardening supplies. There is a Christmas tree lot here in season, too.

But some things never change in this place. Center Market still has old-style penny candy come Christmas-time. You can still find Maryland beaten biscuits here, and those biscuits are still made according to a treasured local recipe from a long-gone bakery. The Simmons-brand country sausage at the butcher counter is made from a recipe that hasn’t changed since the day the store opened. They still bring in a few barrels of old-school molasses every year—they’ve been using the same recipe on that order for more than 50 years now.

But things change, too. To appeal to today’s customers and their penchant for fresh, locally sourced products, Center Market carries a good array of specialty items from local farms. The milk and yogurt from Nice Farms Creamery, based in Federalsburg, is just one example, but even that modern-day turn has a touch of the old days about it.

“The guy that delivers their milk to us is the same guy that owns the company,” Travers says. That sounds like the kind of operation Jimmy Simmons would have liked to do business with.

In the Neighborhood of Simmons Center Market

The revitalization of downtown Cambridge is coming along pretty well these days, but the block where Simmons Center Market is located has long had a ramshackle air about it. That looks like it might finally change in the years to come, however. If you visit today (by which I mean spring 2020), you will see that a gigantic old department store building nearby is being rescued from near oblivion. A first-rate community radio station, WHCP, has moved its operations into a nearby storefront. A new restaurant is slated to arrive just up the street in the coming months. 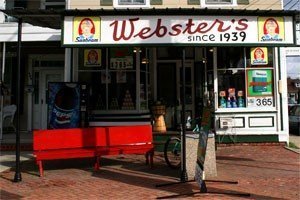 If you pay a call at Simmons Center Market someday, I have one other suggestion for you. Just up the street, at 810 Race Street, is another old-time food store, Webster’s Grocery. It has been in the same family for three generations now, since 1939. The store is even older than that, however; it first opened its doors more than a century ago, in 1904.

History buffs will want to pay attention to the details at Webster’s. Those are the original doors you walk through, and that’s the original counter where you settle up. Those strange knobs up on the ceiling? They were used to control the gas-lighting system that was in place when the store first opened.

Locally, Webster’s is probably most famous for a big sandwich board that goes up out front every February—in big bold letters, it serves up the tantalizing prospect of “Fresh Muskrat.” The marshlands south of Cambridge are thick with muskrats, of course, and trapping them for meat (and fur) is a local tradition that dates back centuries. Owner Roger Webster says he intends to do his part to keep that tradition alive for as long as he can.

If you pay a visit and want to explore what other attractions, shops, and restaurants are in the area, here is where you can get info from Dorchester County Tourism.

NOTES: The historical photos from Simmons Center Market are from the Market’s Facebook page. The photo of the Market today with the horse and carriage in front is by Jill Jasuta Photography. The photograph of Webster’s is courtesy of Dorchester County Tourism.