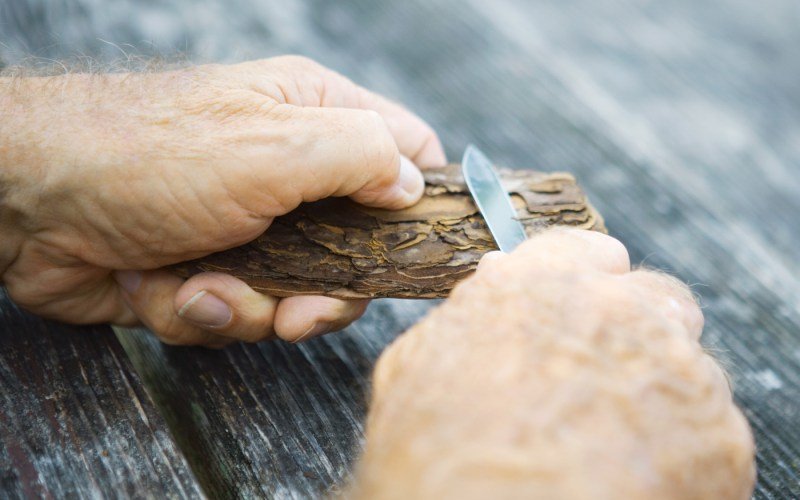 Harrington Character of the Day: The Master Whittler of Delaware

Home / Characters / Harrington Character of the Day: The Master Whittler of Delaware

This piece about Jehu Camper, the master whittler of Delaware, is a free excerpt from Eastern Shore Road Trips: 27 One-Day Adventures on Delmarva. t’s from a Road Trip that visits a trio of interesting little museums in Dover, including one that features works by Mr. Camper. Here goes:

Over the course of a long life stretching across 91 years, Jehu Camper jumped from this to that to the other thing when it came to his work life. The Harrington, Del. native did stints as a farmer, a railroad worker, a mail carrier, a garage owner, and a restaurant operator. He even did a stint in politics, serving in the state legislature.

But when it came to his passion in life, that remained a constant from his boyhood on. Camper was just eight years old when his farmer father gave him a two-bladed Barlow penknife and a farmhand taught the boy how to whittle a windmill.

“I went into mass production of windmills,” Camper once recalled. “I had one on the clothesline, one on the hen house, one on the outdoor toilet. My mother said if the old cow stood still long enough, she was sure I’d put on one her.”

As he developed his art, Camper learned to have extra fun with windmills. He used one to deliver the power he needed to make a whittled woman’s arms move up and down while she milked a whittled cow. In another work, he went out of his way to make the seat in an outhouse adjustable to different heights, because, well, “people come in different sizes, you know.”

His most elaborate works involve complex farmland scenes, such as one showing a police raid at a farm complete with police dogs chasing after moonshiners who are shown diving under a barn. By the time of his death in 1989, Camper had crafted more than 1,000 such pieces.

“There are people who make polished things, but his were a little on the crude side,” said Camper’s widow after his death. “Have you ever seen anything whittled out of a piece of wood with a penknife? That’s what I mean by crude. They were real.”

“Most everybody, if you think about it, has some way of expressing themselves,” Camper once said. “Some do it through singing, some preaching, some acting and athletics and numerous things. And that’s the only way I could express myself and create something in history that would be carried on after I passed out of this world. I often had thought I would like to leave something behind me besides a name on a tombstone to remember the name of Camper, and I feel through this, I may be able to do it.”

• There is lots more interesting stuff in this Road Trip, one of 27 in the book–the itineraries range from down in Cape Charles to up in Rock Hall. This Dover trip also includes stops at the Johnson Victrola Museum and the Air Mobility Command Museum, where you can see “The Biggest, Baddest Cargo Plane in the History of the World.”

• Gentle nudge: Here is info on where you can buy copies of Eastern Shore Road Trips: 27 One-Day Adventures on Delmarva.

Sweet Memories of Life on the Lighthouse