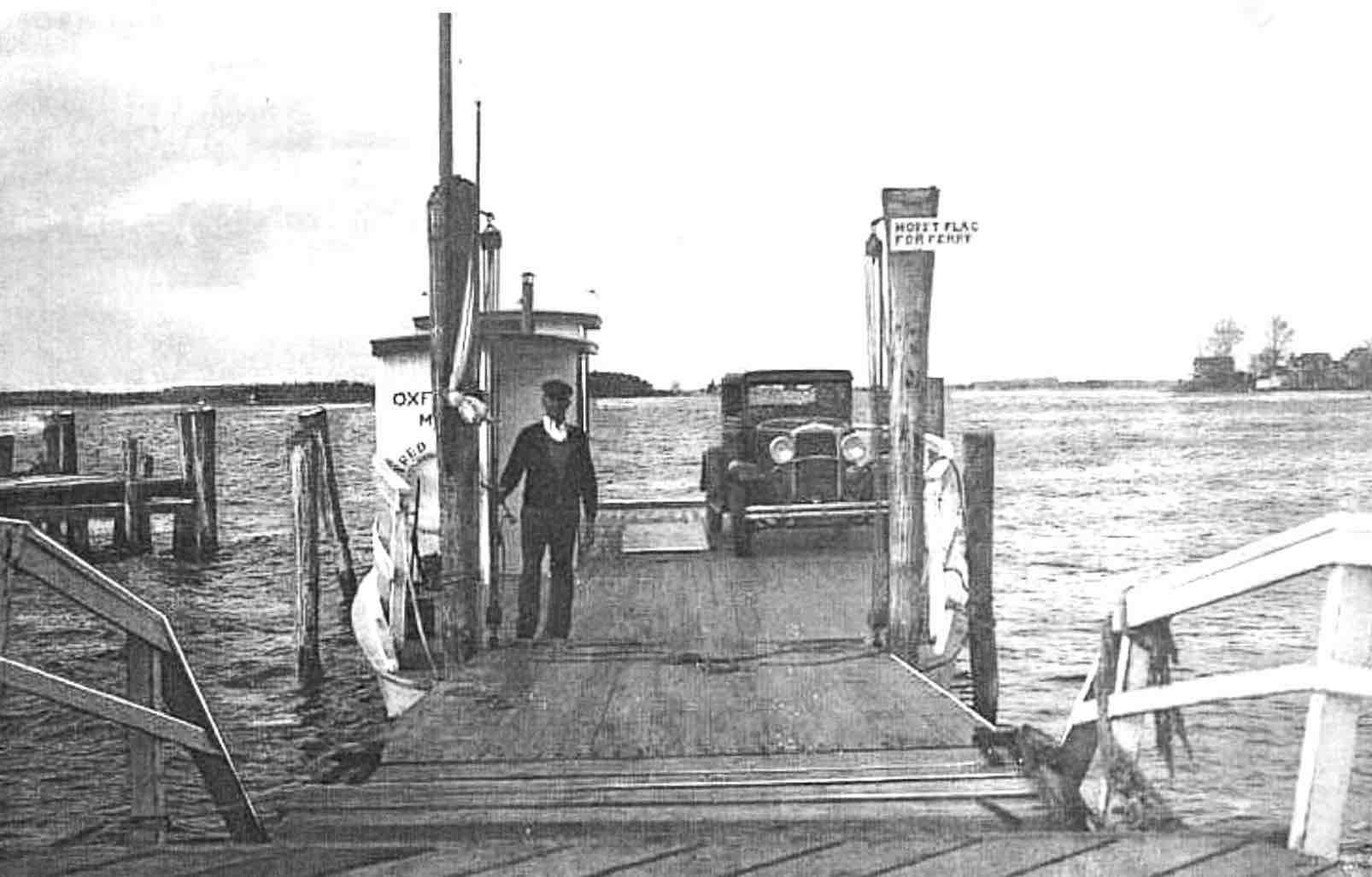 Home / From the Books / ROAD TRIPS 2 EXCERPT: ‘Notoriously Scandalous’ at the Oxford-Bellevue Ferry

One of the adventures in my book, Eastern Shore Road Trips 2: 26 MORE One-Day Adventures on Delmarva is the “Five Ferries Tour,” which will have you (and your car) making five different river and bay crossings aboard history-laden routes. The excerpt below covers one of those crossings, at the Tred Avon River in Talbot County, Md.

Not one of the five ferries here is an essential element in getting from one specific Point A to another Point B. They rank more as optional diversions along Delmarva roads less traveled. I like the way a magazine writer named Casey N. Sep put it a few years back in an article about the first crossing on our agenda here, the Oxford-Bellevue Ferry:

The ride across the Tred Avon River between the towns of Oxford and Bellevue runs just 20 minutes or so and ranks as quite the popular side trip with wanderers on their way from one to another of the voluminous nearby attractions in St. Michaels, Easton, and Tilghman Island.

The local government first authorized this crossing in 1683, promising to pay 2,500 pounds of tobacco per year to the man who ran it. First up on that list was Richard Royston, who ranked as a leading citizen in the founding days of Oxford. He had family connections to the prominent Fosters who then owned all of what we know now as Tilghman Island. When the town of Oxford was first laid out, Royston got prestigious “Lot #1” on the map.

But his status took a tumble after he was convicted of forgery. The details of that case seem to be lost in the mists of history. Royston was sentenced to receive a severe public whipping, but it’s not clear whether that actually happened. We do know that he left town shortly thereafter, and eventually died at sea in 1694. 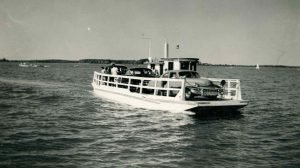 His old friends in Maryland had not forgotten about him by that point. The state’s General Assembly greeted the news of his death by passing a formal resolution in condemnation of the dead man, charging that his “life and actions” were “notoriously scandalous in this province.”

Flash forward two centuries. Early on, muscle power fueled this ferry’s trips across the river, by way of a 14-foot-long sweep oar at the stern, which by all reports required near super-human strength with heavy loads aboard. Later, a sail and more traditional oars came into play. The era of those oars finally passed in 1886 with the arrival of a steam-powered tug, William H. Fisher.

Here, too, our mind’s eye likes to roam into rose-colored territory. The steam-engine era is often romanticized in modern-day books and exhibits, but the reality of those vessels involved deafening noise, filthy smoke, and the ever-present risk of explosion. The Fisher was the ferry equivalent of a ramshackle old pickup truck you get stuck behind in a traffic jam—it constantly belched black soot and frequently conked out mid-river. A crew member recalled:

She had a habit of sinking during the night, and a good many mornings we had to pump her out. A couple of times she went down to her gunnels and when we got her up we had to get the crabs and the hardheads out of her. 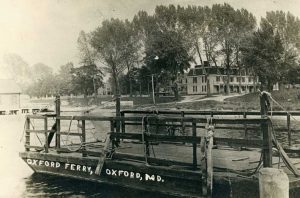 Interestingly, quite a few women served as ferry keepers over the centuries here on the Tred Avon. The first, Amy Jensen, did so back in the 1690s. Another, Judith Bennett, had help from three different husbands during her tenure in the early 1700s, but she also ran solo for a combined total of more than 10 years, “when between spouses.” At least two other women ran the show here during the 1700s as well. (I have not seen any report on whether they had hired help or perhaps just flexed their biceps when in need of that super-human strength with heavy loads.)

As of this writing, the Oxford-Bellevue Ferry has been owned and operated by Tom and Judy Bixler for nearly two decades. Be sure to leave some extra time so you can wander around Oxford …

Those ellipses lead into more material in this section about the joys of wandering Oxford. Other ferries on the agenda in the broader chapter are the Woodland Ferry and the Cape May-Lewes Ferry in Delaware and the Whitehaven Ferry and the Upper Ferry in Maryland. More info about the book here. Feedback always welcome!