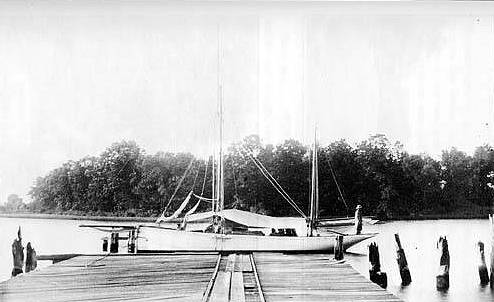 Quote of the Day: The Old Wye Island Bridge Tender

In Hulbert Footner’s 1944 book “Rivers of the the Eastern Shore,” the author takes note in his chapter on the Wye River of a little-used old drawbridge leading out to Wye Island:

WYE BRIDGE, WHICH CROSSES to the island, is a long, creaking, wooden structure, dry and silvery with age. In the middle it has a true drawbridge like the one at Crisfield, that is pulled back on rails with a winch.

I saw the aged bridge tender, tall, lean, and gnarled, a typical Eastern Shoreman, sitting on a bench in front of his tiny shack on the mainland bank. Since water-borne traffic has disappeared from these parts, I thought his job must be just about the least laborious in the world, and I asked him how it was.

“But at that I’ll say it’s a lonely spot,” he went on. “I have to talk to myself or I’d lose the power of speech. Yes sir, I asks myself questions and answers them myself.”

I don’t believe this book is in print anymore, but it has an Amazon page where used copies are available.