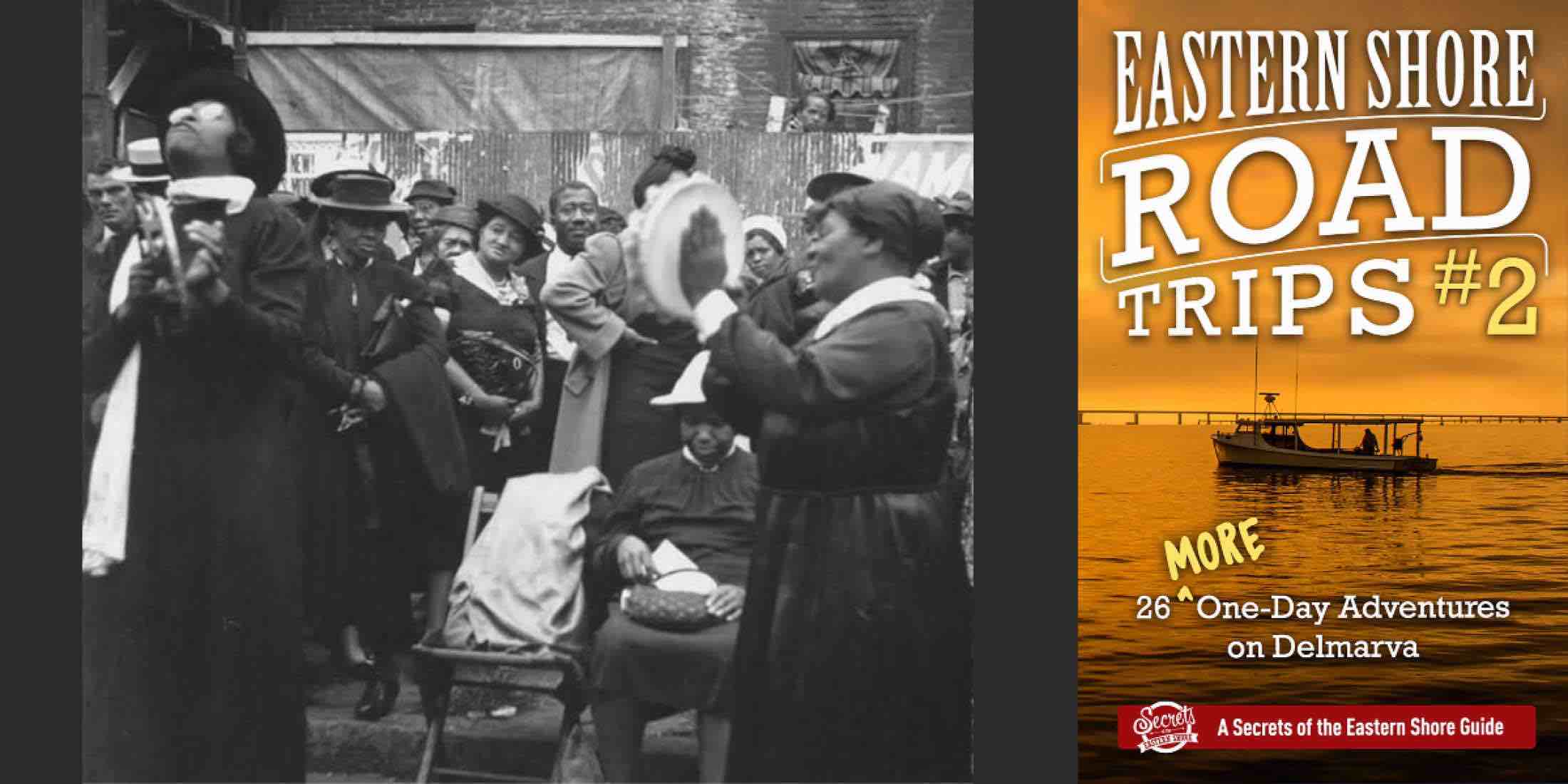 By Secrets of the Eastern ShoreAugust 21, 2019No Comments

This book excerpt below is from Eastern Shore Road Trips #2: 26 MORE One-Day Adventures on Delmarva. It comes from a chapter that has you strolling alongside the pretty and historic Christina River as it runs through downtown Wilmington, Del.

I am posting this a few days before the 2019 edition of that annual “Big Quarterly,” a celebration of African-American history and culture held on the riverfront during the weekend of Aug. 24-25. Here is info on the event.

The story behind the event is what I talk about in the second Road Trips book. Here is that background:

The centerpiece of Tubman-Garrett Park is a sculpture of these two champions of freedom, Harriet Tubman and Thomas Garrett. A marker nearby introduces another interesting twist of African-American history—this park is the modern-day home of the “August Quarterly,” which used to be known as the “Big Quarterly” and ranks as the nation’s oldest continuous celebration of black culture.

Now held in August, the story behind that event dates to the first decade of the 1800s, back before Harriet Tubman was even born. After the free black Methodist minister Peter Spencer grew disenchanted with the segregationist ways of his congregation, he broke away and founded the African Union Methodist Church. Starting in 1814, Spencer’s congregation hosted one of the quarterly annual meetings of black Methodists from all over the Mid-Atlantic. That tradition is still alive today.

Here is a taste of what that event was like back in the 1930s, courtesy of a correspondent working with the Depresssion-era Federal Writers Project:

The feasting starts … early in the morning, and the menu consists in part of fried chicken, chicken potpie, ham and cabbage, hot corn pone, greens and side mean, frankfurters, watermelons, and drinks, vari-colored “ades”,” pig’s feet, and dishes of unknown origin. Barkers shout loudly the virtues of their wares. Every effort is made to inveigle the passers-by to partake. [The] Big Quarterly presents a kaleidoscopic mass of humanity, vari-colored in dress and hue of skin—sleek, slender, buxom, and fat. Milling throngs of primitive folk are gathered to worship their God, shouting, singing, praying and giving vent to unbounded enthusiasms. … This is a day of joy, gladness, and freedom.

Here are a few more photos: 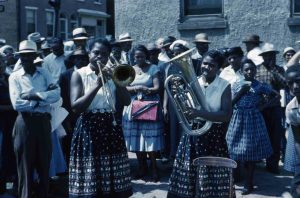 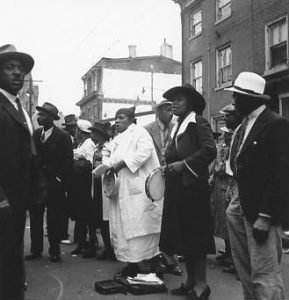 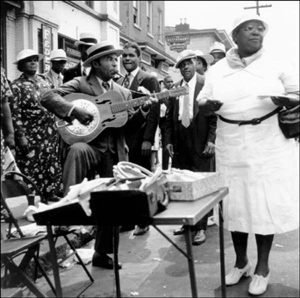 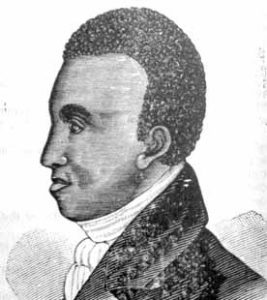