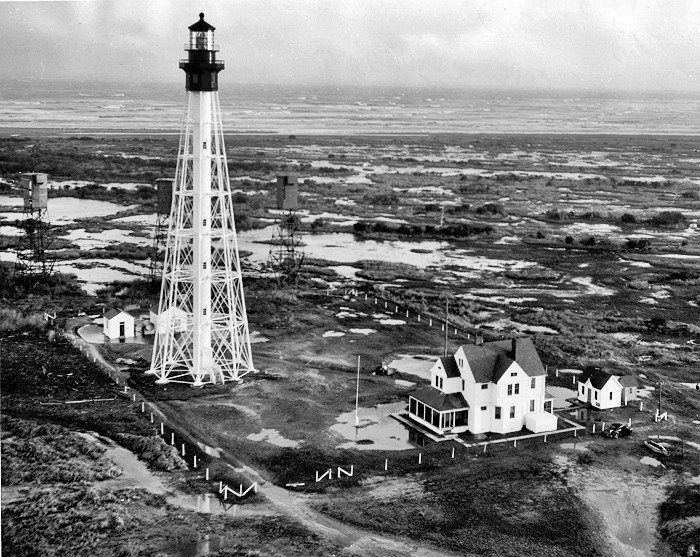 Quote of the Day: The Terrible Scourge That Halted Work on the Cape Charles Lighthouse, 1895

There is a second Smith Island off of the Eastern Shore, with the lesser-known one shown here located all the way down by the mouth of the Bay. It’s home to the Cape Charles Lighthouse, which is pretty as can be but just about impossible to go visit.

Between the shifting sandbars and the tricky tides, the landing on uninhabited Smith Island is supposedly a dicey one even for Coast Guard vessels. And even if you did manage to anchor safely, you’d still need to break out your very best waders for a long, sticky, bug-infested trek inland to the lighthouse through low marshland.

Still, this beacon has an interesting story to tell—and not just because in rising to a height of 191 feet, it ranks as the second tallest in the whole country. It was built in 1895, replacing a hard-luck predecessor that had twice been ransacked by Confederate troops and then fell victim to the slow and steady march of erosion.

The beacon was actually supposed to be built a year earlier, in 1894. But construction came to a complete halt on June 30 of that year. The short-but-sweet quote I have in mind here is the official explanation for that delay by the Lighthouse Board.

“The scourge of the mosquitoes, sand flies, fleas, etc. render existence almost unbearable for nearly half the year.” 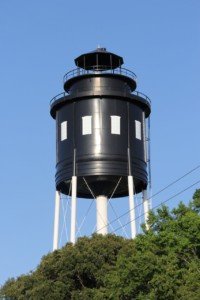 The board pulled all of its workers back to the mainland in response to that scourge, and they did not return to work on the project until November. Not surprisingly, these now-highly-motivated workers succeeded in finishing construction before mosquitoes returned in the summer of 1895.

If you want to get a look at the Lighthouse without braving the trip to Smith Island, there is a second option. Ride into the town of Cape Charles and just look up. In a sweet bit of urban design, the town had its water tower built into the form of a fake Cape Charles Lighthouse that you see here at right. At 217 feet, it’s actually taller than the beacon itself.

–research and writing by Jim Duffy