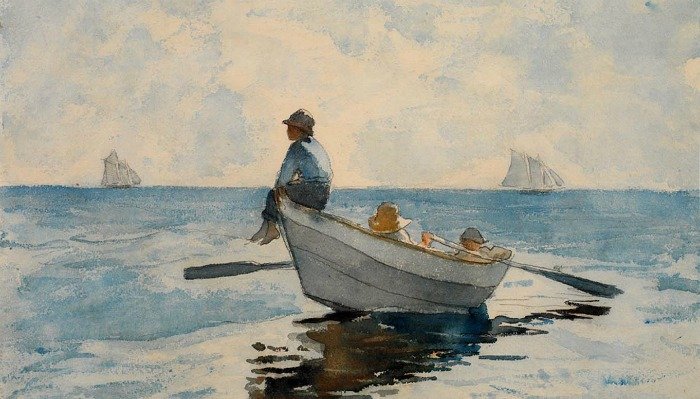 QUOTE OF THE DAY: “How dear to our hearts are the scenes of our childhood” on the Eastern Shore

Home / Way Back Machine / Quote of the Day / QUOTE OF THE DAY: “How dear to our hearts are the scenes of our childhood” on the Eastern Shore

J.B. Seth was 71 years old when he finally got around to publishing his memoirs in 1926. The Talbot County native was an Eastern Shore railroad man in his adult career, but the part of his life that is the focus here is a boyhood spent in the Talbot County countryside during the 1850s.

To enjoy golden days a child should be brought up from infancy in the country. He needs room to expand and develop not only his body and its faculties, but his imagination and his soul. He learns to love nature and from it he gets many wholesome lessons. The city child knows nothing but the backyard and the streets and rarely has opportunity, amid the glare and noise of the city, to know even the moon and stars.

I was happy and fortunate to come into the world on an Eastern Shore farm. … I was born on … on Harris Creek, in Talbot County, Maryland, which is a salt, tidewater stream about three-quarters of a mile in width, running parallel with the Chesapeake Bay and two miles from it. This is a beautiful stream with banks free from marsh. In summer it is a good fishing ground and in winter has excellent gunning.

In my youthful days every day was a round of happy hours. We played hide and seek, we rode stick horses made of cornstalks, we harnessed our pet dogs to our homemade wagons, and played many innocent games, as it takes so little to make the country child interested and happy. He is never bored, there is so much to do and so many wonders to explore.

We boys went in swimming at an early age, learned to paddle a boat, to crab and fish, all of which add much to the joy of a boy’s life. One of our chief joys was to go barefooted, and we took off our shoes and stockings just as early in the spring as mother would allow, and put them back very sadly when the time came in the fall to put them on again. 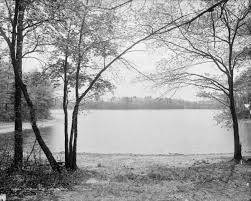 Father allowed us to use a gun at an early age and we learned to be good marksmen. He was an excellent shot himself and attributed this in part to the training given him by his mother, who taught her sons to be economical and careful. She would give them a charge of powder and shot in the morning and if they brought home game they were allowed another charge, but if they failed, no more was given them for that day. My father confessed to his boys that in their great anxiety for more powder and shot he and his brothers were tempted, sometimes when it happened they brought down more than one piece of game with one shot, to save the extra pieces out and bring them in when they failed to get any and thus deceived their good mother.

When I was six years old I recall what to us small boys was a most exciting event. A man drove in, offering to take our pictures, daguerreotypes, they were. We stood on the lawn and had them taken—our first pictures. My picture I still have. I think all of us who can look back to the pleasant days on the farm will feel with me that the old song is true, “How dear to our hearts are the scenes of our childhood.”

Seth’s memoir of his time in Talbot County is titled Recollections of a Long Life on the Eastern Shore, and it is available online through a special Library of Congress collection, “The Capital and the Bay: Narratives of Washington and the Chesapeake Bay Region ca. 1600 to 1925.” Written in collaboration with Mary Seth (though I am not sure if that is a daughter, a wife, or some other relation), the J.B. Seth memoir can be found here.

Secrets of the Eastern ShoreOctober 24, 2020

Secrets of the Eastern ShoreOctober 3, 2020

Secrets of the Eastern ShoreSeptember 30, 2020