WORDS OF DELMARVA WISDOM: “What may be the manhood and history [ahead for] a plain boy in rural life?”

Home / Way Back Machine / Quote of the Day / WORDS OF DELMARVA WISDOM: “What may be the manhood and history [ahead for] a plain boy in rural life?”

Think about this question the next time you pass by a couple of kids working the water’s edge with fishing poles or crab nets. Such scenes remain quite common along the backroads of Delmarva, of course, just as they were when John Fletcher Hurst was growing up in Dorchester County, Maryland in the 1840s.

Despite suffering from occasional debilitating bouts of asthma, young John loved crabbing, fishing, and hunting every bit as much as any of his friends. He would brag later in life about the bird traps he made, the fishing nets he wove, and the double-barreled shotgun he fired while it was propped on a friend’s shoulder because neither of them was big enough yet to hold it at arm’s length.

John grew up on a farm east of Cambridge, a little way beyond where the Hyatt resort stands today, but he spent a good amount of time, too, in the countryside west of Cambridge, especially on Taylors Island. That’s where L.T. Travers lived, and he is the man behind the main quote here. The words are something he wrote down in a letter as an old man, recalling a scene from the days when both he and John Hurst were boys. 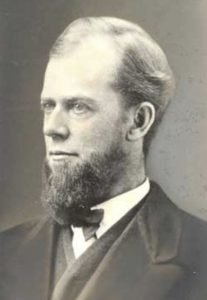 That scene has a 12-year-old boy walking to church on Taylors Island alongside his father. An older sister was likely there as well. This trio’s situation is complicated. The father has been a widower for five long years. The boy worships the memory of his mother. But time passes and life goes on: John’s father is now “paying attention” to a Taylors Island woman who would soon become his second wife, a “woman of Christian character who took deep and kind interest” in John and his older sister, Sallie.

John is decked out in his Sunday best, a plain and inexpensive brown suit.  In manners and appearance, he looks like any other local kid brought up amid the “simple and hearty ways and open hospitality” of the rural Eastern Shore. Looking back, Travers felt a sense of regret over the way he sold that asthmatic country boy in the plain brown suit short, never imagining that he might grow into a man capable of doing big things in life.

“I was but a youth then, myself, and it did not enter my thought that [John] was to be a great man in the church and a bishop. Perhaps I did not think as I might of what may be the manhood and history of a plain boy in rural life on a farm.” 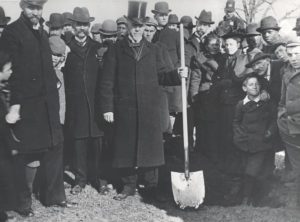 John Fletcher Hurst (1834-1903) went off to college and became a minister in the Methodist Episcopal church. He sailed overseas to study and teach in Germany, which at the time ranked as the higher education gold standard of the whole Western world. Later, he served as president of the Drew Theological Seminary in New Jersey and dug that institution out of a financial crisis that threatened its very existence. (Instead, it’s still going strong in the 21st century.) Hurst was promoted to bishop after that and became such a nationally known figure in his church that in the end biographers were tracking down locals like F.L. Travers and asking their impressions of the man. In his later years, Bishop Hurst lived in Washington, D.C., where he served as the first chancellor and prime mover and shaker behind the founding of American University.

NOTE: The photo up top here is a generic black-and-white shot of two boys on a fishing expedition. Neither of the boys in the photo is John Fletcher Hurst, of course. The photo near the first paragraph of the story is of Hurst as a young man. In the photo below that, Hurst is holding the shovel for groundbreaking ceremonies at American University.