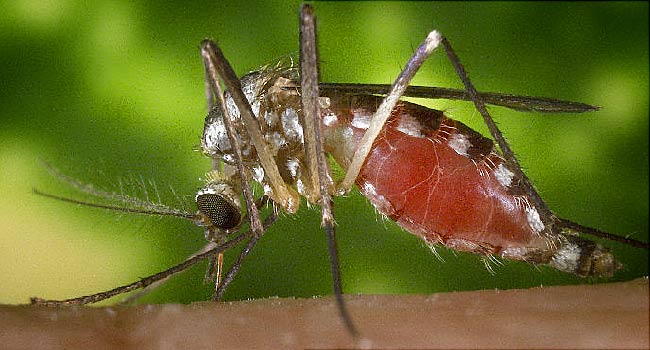 QUOTE OF THE DAY: ‘The mosquito,’ Dr. Tawes would say, ‘is one of the noblest creatures known to nature.’

Home / Way Back Machine / Quote of the Day / QUOTE OF THE DAY: ‘The mosquito,’ Dr. Tawes would say, ‘is one of the noblest creatures known to nature.’

The late P.J. Wingate was, appropriately enough, from the little town of Wingate, which stands deep in the mosquito-ridden marshland of south Dorchester County, Maryland. (FYI: The local pronunciation is win-GIT, not win-GATE.) A chemist by trade, Wingate dabbled quite a bit in writing as well. This is from his 1979 book, Bandages of Soft Illusion. It’s full of little essays about his childhood days in what was then (and still is now) a rather remote and isolated corner of the Eastern Shore.

“The decaying vegetation and microscopic plant and animal life in the hundreds of small swamps and lakes created a rich broth which was ideal for the laying of mosquito eggs and the feeding of young mosquitoes in the larva or wriggler stage. … [As a result, the insects] entered their adult stage firm of beak, strong of wing, and determined to feed as well during their adult life as they had in their larval stage. …

These speeches were always delivered in deadpan manner, and my father reacted to them in the same way. But Mr. Bernie Murphy, the bank cashier would turn his back and I could see his sides shake and his big handlebar mustache quiver when Dr. Tawes reached certain peaks in his praise of mosquitoes.

‘The mosquito,’ he would say, ‘is one of the noblest creatures known to nature since his courage is unmatched in all the world. He should replace the eagle as our national symbol because, by comparison, the eagle is a pusillanimous coward. I have seen an eagle and its mate driven from their nest by a ten-year-old boy, but a mosquito, weighing less than a hundred thousandth of an ounce, will unhesitatingly attack a two thousand pound bull—not only attack him, but bite him right on the end of his nose. Comparable courage would require a man, armed with only a hatpin, to charge a herd of elephants.’

Sometimes visitors were amused by this defense of the mosquito and claimed that Dr. Tawes had given them a new insight on the subject, but he never made any converts among those of us who lived in south Dorchester—by the argument given above, or another which he presented less frequently.

‘The mosquito is just like a man,’ he said, ‘and helps himself to whatever he wants, whenever he finds it. In fact, he is the perfect Anglo-Saxon type and thinks the rest of the world was designed for his use and enjoyment.’

… Today, there probably are in south Dorchester a few billion mosquitoes descended from those brave pirates who drew blood from my back while I was picking tomatoes and playing baseball fifty years ago.

That stretch of time is beyond 100 years ago now, as Mr. Wingate was born in 1913. In his side gig as a writer, he had pieces published in The Washington Post, The Wall Street Journal, The Los Angeles Times, and other papers. He wrote several books of essays as well. Bandages of Soft Illusion is out of print, but there are used copies on Amazon at this link. You might also contact the best used books shop near you to see if they have any copies. I found my copy at the Unicorn Bookshop in Trappe, Md. They may also be available at Vintage Books in Easton, Md.