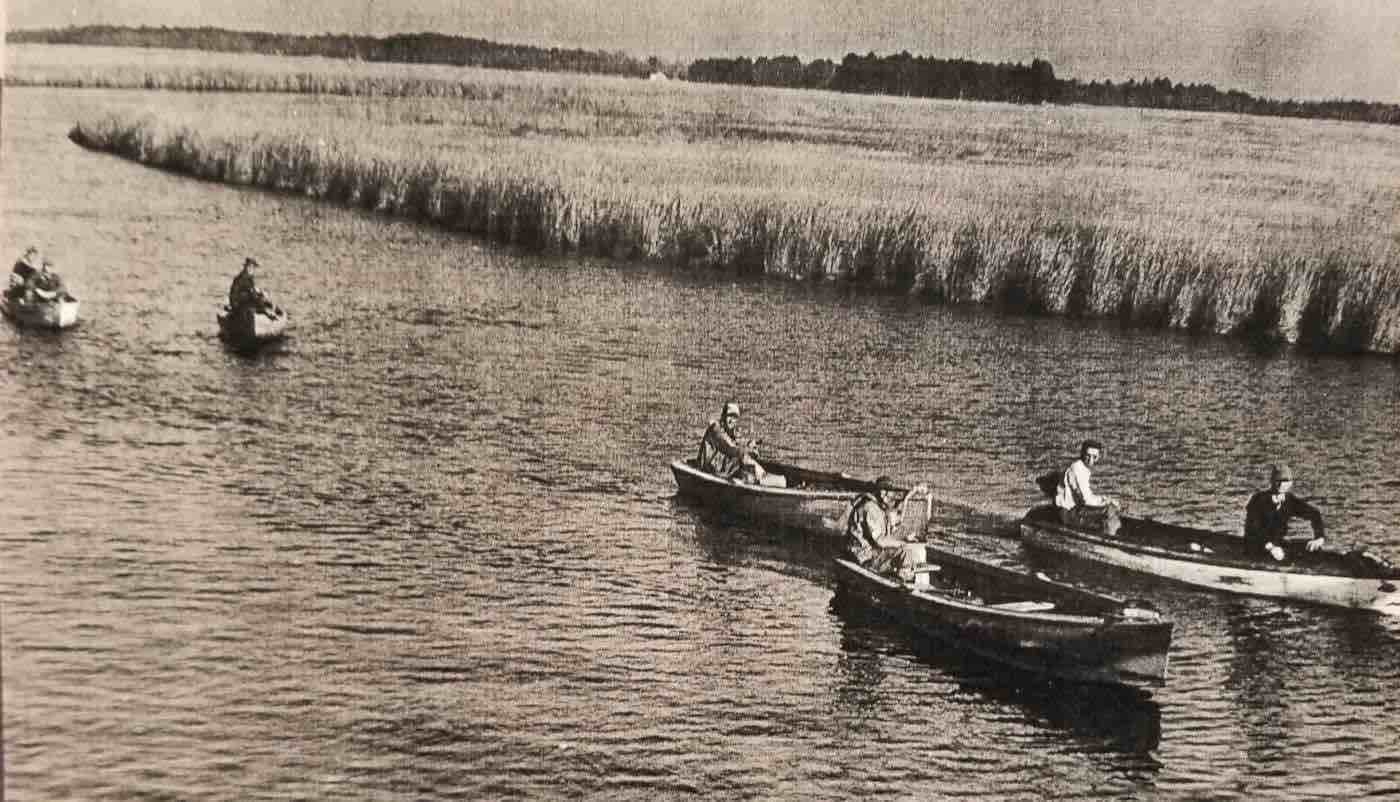 QUOTE OF THE DAY: Muskrat Recipes “Worthy of an Epicure” from 1943

By Secrets of the Eastern ShoreDecember 30, 2019No Comments

Home / Way Back Machine / QUOTE OF THE DAY: Muskrat Recipes “Worthy of an Epicure” from 1943

In the introduction to a 1943 “wildlife leaflet” titled, “Recipes for Cooking Muskrat Meat,” the U.S. Fish and Wildlife Service offers these reassurances:

“In modern times many persons have eaten the flesh of the muskrat and relished it. Some have declared that it is game worthy of an epicure.”

And: “The recipes given here are typical of the many suitable for cooking this meat. When properly prepared, it is highly palatable.”

You’ll find six samples from the leaflet below. The photo up top here is from 1954 and shows a cadre of muskrat trappers headed deep into the marsh in Dorchester County, Md.

Care must be taken to remove all gall bladders. Soak the livers overnight in fresh water. Simmer for 10 minutes, draw off the water, and then simmer again in water in which a small piece of salt pork has been added. Salt and pepper to taste, add sliced onion, and stew down, thickening the liquid with a little flour,
Muskrat liver is somewhat grainy. However, it tastes like that of chicken and is much relished. 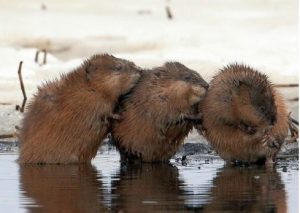 Place muskrat in a crock or glass jar containing a solution of a cup of water, a cup of cider vinegar, a tablespoonful of salt, mixed, spices, and bay leaves. Let stand in a cold place for at least 24, and preferably 48, hours. Then simmer in the same mixture until tender. Remove meat, strain off the spices and bay leaves, and thicken the liquid with flour and water to the desired consistency.
This dish is best served with potato dumplings. To make the dumplings, fry a medium-sized onion in 2 tablespoons of fat, then pour this over 4 cups of diced bread, and mix by hand. Add a cup of mashed potatoes and mix thoroughly, then 2 raw eggs, half a cup of flour, and salt to taste.
Fashion lightly into large balls, drop into boiling water in an uncovered pot or kettle and cook for 20 minutes. Serve with brown gravy.

Soak muskrat overnight in slightly salted water. Drain and boil in freshwater until tender. Separate the meat from the bones and fry in shortening. As this is frying, pour over it a little sweet wine, sherry wine being generally used. Some prefer to serve the meat on a hot platter and then pour the wine over it.

Soak 2 muskrats overnight, drain, and cut into pieces. Pour boiling water over meat, stir thoroughly, and drain. Place in a thick skillet or iron pot, add a little water, a pod of red pepper or half a teaspoonful of red cayenne. Season with salt and pepper to taste, a little sage and 4 tablespoonfuls of bacon or sausage drippings. If desired, a generous piece of washed salt pork may be used instead. Sprinkle flour over top, cover, and bake in a moderately hot oven until tender, basting several times until well browned.
Enough potatoes for the meal may be cooked with the meat or the muskrat can be served with diced, buttered white or sweet potatoes, peas, or carrots.

Boil the meat in slightly salted water for about an hour or until tender but firm. Drain off the cooking water. Remove the meat from the bones and cut it into small pieces. Cover the bones with cold water and let simmer. Then add this juice to the meat. For each muskrat, hard-boil 3 or 4 eggs. Mash the yolks with 2 tablespoonfuls of butter, stir until smooth, then add a level tablespoonful of mustard, a tablespoonful of flour, and about half a cup of cream. Put in the chopped egg whites, and pepper and salt to taste. Then mix all of this with the muskrat meat and cook 15 to 20 minutes, or until thick. Before serving, add a glassful of sherry wine.

Soak muskrat overnight in slightly salted water. Drain, wipe the meat with a damp cloth and cut into two or three pieces. Place in a kettle, barely cover it with water, add a little salt, and let simmer 1 to 2 hours until the meat is tender. Pour off and measure the broth.
Remove the meat from the bones in large pieces. Chop up an onion, a green pepper, and half a cup of parsley, and put in a skillet with several tablespoonfuls of butter or other fat. Cook for a few minutes, stirring frequently. For each cup of broth, take 1-1/2 tablespoonfuls of flour and mix well with the fat and seasonings. Pour in the broth and stir until thickened. Salt to taste and add a dash of tabasco sauce. Mix in the meat well and place in individual baking dishes. Cover with pastry and bake in a moderate oven until the crust is a golden brown.

—posted by Jim Duffy on Dec. 30, 2019 for Secrets of the Eastern Shore/Whimbrel Creations, LLC