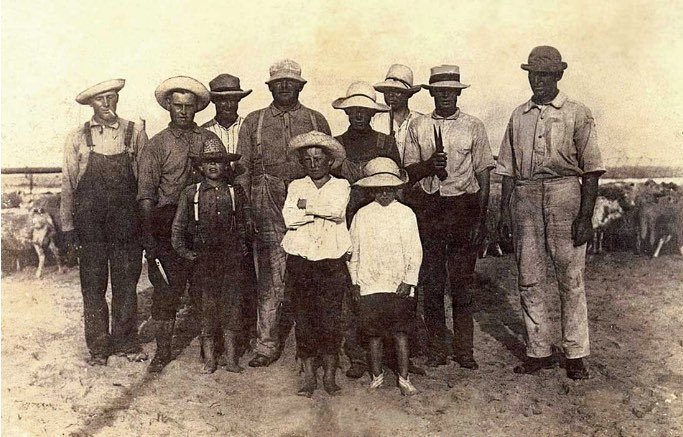 QUOTE OF THE DAY, 1922: “Mainland folk have been prone to think their kinsmen on the islands of the Eastern Shore a bit barbaric …”

Home / Way Back Machine / QUOTE OF THE DAY, 1922: “Mainland folk have been prone to think their kinsmen on the islands of the Eastern Shore a bit barbaric …”

In 1922, Edward Noble Vallandigham wrote a book full of interesting essays about the towns, churches, and people of the Delmarva peninsula. Delaware and the Eastern Shore has a great subtitle: Some Aspects of a Peninsula Pleasant and Well Beloved. Here, Vallandigham gives his views about the people who inhabit the remote islands of the Eastern Shore.

Surnames are so few on some of the islands [of the Chesapeake] that men must be distinguished from one another by descriptive additions, such as “Long John,” “Red Tom,” “Richard of William,” patronymics in the making. The complexities of blood relationships on islands with from 500 to 1,500 inhabitants would puzzle the College of Heralds, but not an Eastern Shoreman.

Mainland folk have been prone to think their kinsmen of the islands a bit barbaric, for the life of the islanders, mostly fishermen and other followers of the sea, has long been simpler, cruder, indeed, than that of the land owners, professional men, traders, and mechanics “on the main.” 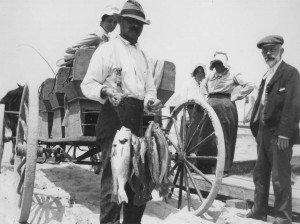 Simplicity and crudity still persist among the islanders, as among the “back country” folk in much of the rural Peninsula, but less than formerly everywhere. Motor boats, the telephone, more frequent mails, have brought Eastern Shore folk of every sort nearer together, have quickened and broadened their intellectual perceptions, whatever their occupations, wherever their homes.

[The islanders] may seem in some matters, men of the Seventeenth Century, rather than of the Twentieth, but beneath the exterior of even the crudest … the patient student is apt to discover an essential human soundness. With them intermarriage seems to have wrought little degeneration, physical or intellectual. 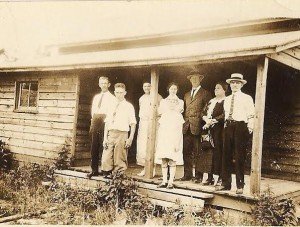 They are sturdy folk, well limbed, well featured, at least of normal stature, quick, muscular, easy in their unstudied pose and movements, tanned to fiery red or deep warm brown by daily exposure to sun, wind, and the salt spume. The children, shy as young islanders are apt to be, have yet a frank gaze, and quickly responsive smile.

The boys go barefoot from April to November, and wear simple “two-piece” garments, easily and instantly shed for a plunge into salt water. On holidays young and old are well clad, and the island girls, who flock aboard the steamer from Baltimore when it reaches the local wharf, are gay in the latest fashions of girlhood everywhere.

On the tongue of the islanders … are [words] short and simple, but sufficiently expressive for the plain purposes of the speakers, and [their vocabulary] bristles with terms of the sea and its trades. Personal dignity of a simple, matter-of-course, unassertive sort is the outstanding mark of the islanders, giving to their manners a fine touch of man-to-man sincerity. 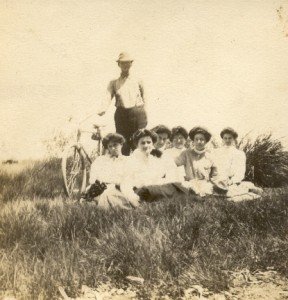 With it goes the instinctive courtesy of the man at ease as to his own place in the scheme of things, sure of himself, not looking for slights, cheerfully ready to concede to others precisely what he expects on his own account. The islanders have their own quaint oaths and expletives, fit to their occasions, and used with emphasis and fluency; but they are to the last degree careful of speech in the presence of women. Many of them have a surprising acquaintance With Hebrew and Christian Scriptures.

NOTE 1: There are copies of Delaware and the Eastern Shore available online if you search the title and Vallandigham’s name. I found my copy of the book at Oak Knoll Books in downtown New Castle, Delaware.

NOTE 2: The photo up top here shows a family of sheep farmers on Hog Island, Virginia.