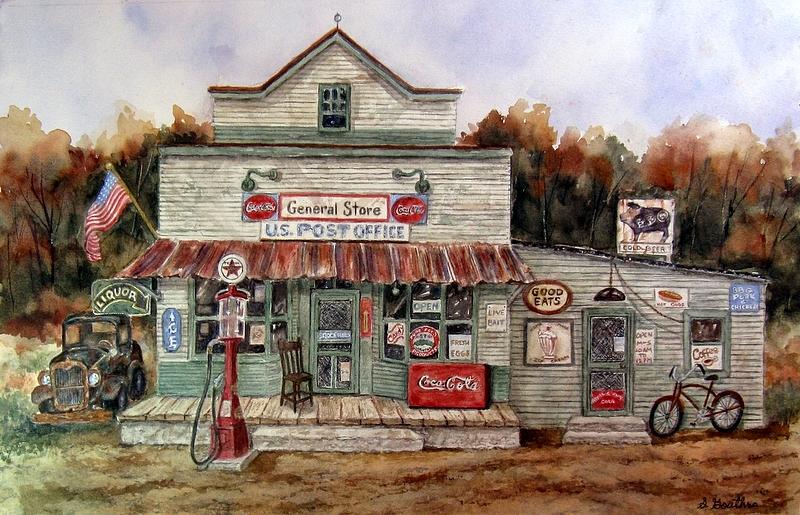 QUOTE OF THE DAY: ‘Most of them was lies, of course, but it was something to listen to.’

Home / Way Back Machine / Quote of the Day / QUOTE OF THE DAY: ‘Most of them was lies, of course, but it was something to listen to.’

A Dorchester County Scrapbook: ‘That Reminds Me of a Story’ is a collection of old photos and brief essays about the way things used to be on the Eastern Shore. In one of those essays, “For the Price of a Penny,” the writers Terry L. White and A.M. Foley discuss the impressive array of shopping options that used to be available in small towns, and how the businesses offering those options became so much more to the community than just simple stores.

From time to time, various industries have come to dominate the county’s economy only in turn to wane. Grain and lumber mills, railroads, shirt factories, packing house, various land speculations, all had their day of dominance and gradually declined in importance. Through all these changes, general stores flourished. From primitive origins as trading posts bartering for basic necessities with Native Americans, trappers, and farmers, general stores gradually grew into grand emporia offering everything from food staples to velvet hair ribbons…. Most such stores also included marine supplies and served as ships’ chandleries as well as hardware and general stores.

For a child the shopping trip was always an event, a walk to the heart of the community where the store stood open from morning until evening. The store had a gas pump, and carried just about everything, including a fine display of penny candy in a glass case just waiting for a youngster with a penny…. Along with sweets, that little store carried meat, a big wheel of strong cheese, canned goods, men’s work gloves and boots, sewing supplies, sugar and salt for canning, and a big array of odd merchandise hanging from the ceiling.

There, amid a rich melange of aromas from the incongruous inventory, was the center for gossip where neighbors met. Recalling his boyhood in Toddville [in far south Dorchester County], retired boatbuilder Allan Jones said, “Let me see if I can count how many stores used to be up and down the road here. Used to be six stores within a couple miles from here in Toddville, down to Goose Creek [and] within walking distance. And there was one other one too, before my day.”

“You’d see folks running up the road to get there and get a seat. It was like going to the movies or something. When they got together, most all the old people had some kinds of a joke to tell. They would sit in the store telling jokes. Most of them were lies, of course–they made them up–but it was something to listen to.”

… Then, at certain times of day, all talk stopped. Ralph Foxwell Jr. remembers growing up on Elliotts Island, where, at 6:45 in the evening, everyone walked to the rear of the store where the radio was.

“They listened to ‘Lowell Thomas and the News,’ then two more shows. If any youngster made any noise whoever was closest would whup you. If it was your aunt or uncle, whop. Didn’t matter. Your grandfather or no relative at all, they’d whop you one. They didn’t want any noise while Lowell Thomas or ‘Amos and Andy,’ or ‘Lum and Abner’ were on. Then they’d go back and sit down and tell lies to one another.

Here is where you can find A Dorchester County Scrapbook on Amazon. You can also buy direct from the writers at www.HollandIslandBook.com.