Quote of the Day, Mid-1700s: “Foppery, Idleness & Dissipation are Striding Briskly On” in Chestertown, Md.

By Secrets of the Eastern ShoreNovember 3, 2019November 8th, 2019No Comments

Home / Way Back Machine / Quote of the Day, Mid-1700s: “Foppery, Idleness & Dissipation are Striding Briskly On” in Chestertown, Md.

In his book Rivers of the Eastern Shore, the writer Hulbert Footner travels up this waterway and then that on, reporting on what he sees and discussing the history and culture of the towns he comes upon. Here is a little bit of what he had to say while sailing up the Chester River, on the Upper Eastern Shore of Maryland, about Chestertown in the mid-1700s:

“Chestertown always had a spendthrift reputation, and this naturally reached its height during the lavish generation preceding the Revolution. Gaming, dancing and horse racing had long been features, and theatrical performances when they could be had. Smuggling was rife; Bordeaux wines were cheap and plentiful; Antigua rums, Martinique cordials and Schiedam schnapps were on most sideboards.

John Beale Bordley of Wye Island, writing in 1771 to a friend in London says disgustedly: ‘Foppery, idleness and dissipation are striding briskly on …; the incoming cargoes of trash this year imported is astonishing.'”

The trash Bordley is referring to here is a reference to latest arrivals from England in men’s fashions, which included such items as:

“A London tailor, sending a velvet suit to a Maryland customer, thus describes it: ‘Of a fine Garnett colour lined with pea green satin and embroidered with a very genteel silver embroidery, not very rich, but handsome and quite a new pattern which I dare say you will approve of. I have also sent an embroidered sword knot to match it.’

“The young men were stalwart dandies. They chased the fox through brake and brier, or stood up to their waists in water during November bringing down canvasbacks with their long ducking guns. Royal suppers of wild duck and hominy followed, with rum punch and old Madeira from the wood; then long pipes and cards before a blazing fire …. The Reverend Francis Asbury, the famous traveling preacher, entered this in his journal: “Sunday 9th: I preached at night in Chestertown. I always have an enlargement in preaching in this very wicked place.”

Lest you think that all this foppery was exclusively the domain of men, Footner goes on to give a little equal time to the distaff side of the story:

“The ladies, of course, were not forgotten. Coaches and sedan chairs were imported for them, and all sorts of delicious dress materials: China silks, brocades, taffetas, lutestring, sarcenet; also red-heeled slippers for the minuet. The ladies titivated in their coaches during the long drives to a ball. The ‘family carriage’ would halt near the scene of a ball. Curtains would be let down and candles lighted so that the young ladies could add the finishing touches and arrive with every hair in place.”

Rivers of the Eastern Shore was written in the 1940s and is long out of print. But you should be able to find copies in the many good used book stores in our area, as well as online.

–posted by Jim Duffy on Nov. 8, 2019 for Secrets of the Eastern Shore/Whimbrel Creations LLC

• A fuller version of the fun Rev. Francis Asbury quote here about preaching in “this very wicked place” also appears in the chapter devoted to Chestertown in my book, Eastern Shore Road Trips: 27 One-Day Adventures on Delmarva. Another chapter in there, “The Road to Rock Hall,” wanders from Chestertown out to the Chesapeake Bay.

• A chapter in my book Tubman Travels: 32 Underground Railroad Journeys on Delmarva is devoted to the incredible escape from slavery of a Chestertown woman named Harriet Shepherd.

• Jill Jasuta Photography took the photo below at the wonderful annual Downrigging weekend that happens in Chestertown in late October (or sometimes early November, depending on how the calendar falls). 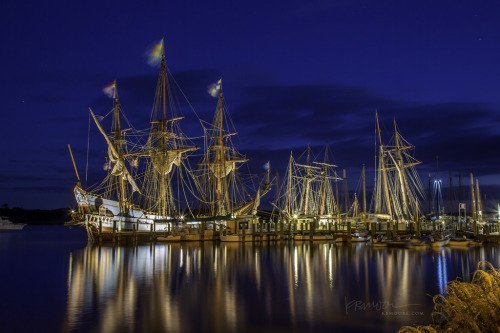