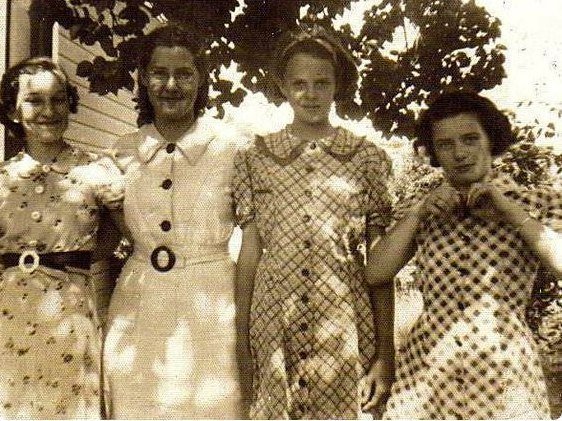 Home / Way Back Machine / Quote of the Day / QUOTE OF THE DAY: How “Women’s Work” Helped Start the Feed Sack Fashions Phenomenon

In its fledgling early years on the Delmarva peninsula, the poultry industry consisted largely of small family farms where folks were trying to raise some chickens on the side. As often as not, the hard work involved in running this side business fell to the woman of the house.

This description of that state of affairs is from Delmarva’s Chicken Industry: 75 Years of Progress, by William H. Williams.

“Most chores in the broiler houses that were performed by men were also performed by women. Farm wives not only fed, watered, and checked birds for disease and other problems, they also helped clean out the chicken droppings and … [scatter] clean litter on the dirt floors. Because they shared in the work, women also participated in the decision making concerning such questions as which brand of feed to buy.

“Understanding this, many of the local and national companies sold their chicken feed in bags with designs and patterns on them so that they could be turned into clothes by thrifty housewives. It was a common sight to county agricultural agents as they made their way over back-country roads in the years prior to World War II, to see farm women wearing feed-bag dresses and displaying feed-bag curtains in their windows.”

Nowadays, those feed sack fashions are actually closer to a luxury item than a penny-pinching one. Vintage feed sacks in good enough shape for sewing run between $10 and $40 apiece online. It takes at least two bags to make a single dress.

Here are some photos of feed sack fashions from back in the day: 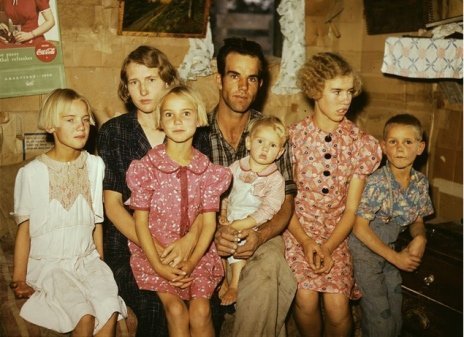 A Farming Family in Feedsack Dresses 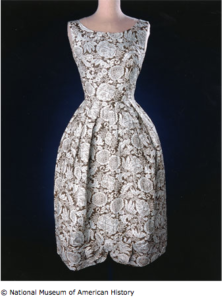 The winner in a 1959 “Cotton Bag Sewing Contest” 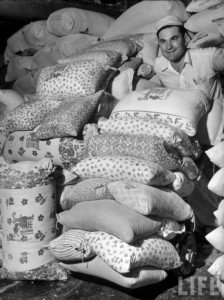 These are flour sacks, actually, but chicken feed sacks came in similar patterns. 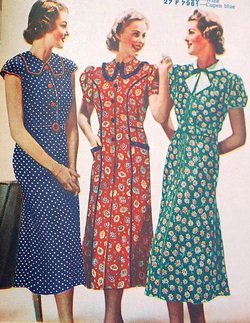 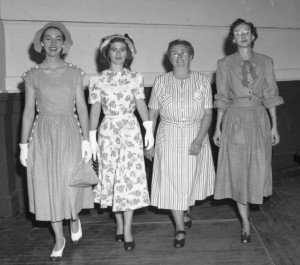 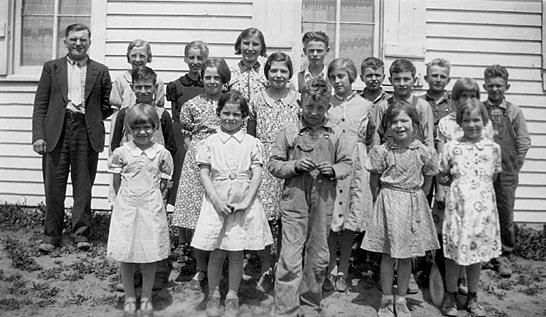 One last look at some feedsack dresses from the real world

–research & writing by Jim Duffy for Secrets of the Eastern Shore