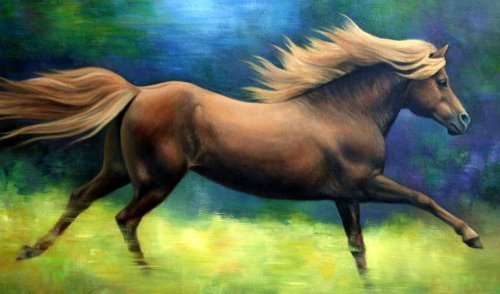 QUOTE OF THE DAY: The Day Pinky the Pony Bolted & Ran in Greenbackville, 1950s

Home / Way Back Machine / Quote of the Day / QUOTE OF THE DAY: The Day Pinky the Pony Bolted & Ran in Greenbackville, 1950s

We had quite a many a story to tell about Pinky. This one day my sister and I, it had to be in the ‘50s because we didn’t have Pinky in the ‘60s. I was probably eight and my sister was probably twelve. We would hook her up to this old buckboard an’ we’d go outside of town, out on Stateline Road. We’d rake up pine shats to bring back to the barn for Pinky. One day comin’ back, long ‘bout the head of Church Street, we think a bee stung her.

She took off! You know, on a Western where you see a horse running, that’s what she was doing comin’ down Church Street. At that time, there were a lot of people in Greenbackville. You know they worked on the water all day an’ there was always people outside. Here’s all these people wavin’ their hands, yellin’ and trying to stop the horse. So she comes along about where Church Street starts, she makes her right an’ she wouldn’t stop for nothing or nobody.

She comes on down by the post office. We were yellin’ and screamin’ ‘cause we thought we’d had it. The more we yelled an’ screamed, the more she ran. We had a dog, at the time, her name was Queenie an’ she was up there on that buckboard pantin’ her head off an’ riding with us. When we got to the post office, the people were comin’ from everywhere trying to stop this horse.

Well, you couldn’t stop her, buckboard and all, she was racin’ for sure. She made a right up by Marsh Mud Avenue an the first house was our house. She veered on in. She didn’t let up any steam till she got right smack at the stable door. Then she stopped dead.

I really don’t have much to add to this fun edition of the Quote of the Day, except to say that the story of Pinky the Pony comes from an interesting work of oral history called Voices of the Chincoteague: Memories of Greenbackville and Franklin City, by Martha A. Burns and Linda S. Hartstock. You can find it on Amazon here. You should also be able to find it at The Book Bin in Onley, Va., and Sundial Books in Chincoteague.