QUOTE OF THE DAY: “On his arrival in Vienna, the people were filled with astonishment and alarm”

Home / Way Back Machine / Quote of the Day / QUOTE OF THE DAY: “On his arrival in Vienna, the people were filled with astonishment and alarm”

Set on a gorgeous bend of the Nanticoke River, Vienna is one of the prettiest little towns on Maryland’s Eastern Shore. Home to around 300 people nowadays, it dates its history clear back to 1706. There is a lovely stretch of public green space on the waterfront today. As you stroll around there and admire the views, try to imagine this place back in the mid-1790s.

Vienna ranked as a busy little trading post back then, with commercial vessels pulling in regularly to buy and sell goods. The town has a rich shipbuilding history, too. Like today, that old Vienna was surrounded by rich farmland. Tobacco was the dominant crop for much of in the 1700s. Indian corn was another local specialty.

Maryland did not have a significant population of free blacks in those years. That wouldn’t develop until the 1800s. Back in the 1790s, the vast majority of Maryland blacks were slaves—some 85 percent of a black population around 125,000. If the white people of Vienna encountered any free blacks in those years, they were probably toiling away as farm laborers or blue-collar tradesmen.

Almost certainly, they had never seen the likes of the famed black mariner Paul Cuffee.

Cuffee hailed from Massachusetts. His father, Kofi Slocum, was a first-generation slave who had survived the Middle Passage and whose roots were in the Ashanti tribe of West Africa. By the time Paul was born in 1759, Kofi had been freed by a master who came to believe that he could not reconcile slave ownership with his Quaker faith. Paul’s mother, Ruth Moses, was a member of the Native American Wampanoag Nation, which made its home in the area we know today as Martha’s Vineyard and Nantucket.

At the time the Declaration of Independence was being written, Paul Cuffee was a teenage boy signing up to work aboard a whaling vessel. He was barely 20 at the time he somehow managed to build a small boat for himself and launch an unlikely career as a freelance merchant sea captain. Eventually, Cuffee managed to build himself a 25-ton schooner. Then he built a 40-ton schooner.

In the early 1790s, he sold both of those and set about building a 69-ton schooner called Ranger. This vessel was docked in Norfolk when Cuffee heard a rumor that a town on Maryland’s Eastern Shore was enjoying an Indian corn harvest for the ages. Cuffee recounted what happened next in his Memoir of Captain Paul Cuffee: A Man of Color. (Though it’s an autobiography, Cuffee wrote about himself in the third person.)

“He now sold his two boats and was enabled to place on board his schooner a cargo valued at 2000 dollars; with this he sailed to Norfolk on the Chesapeake Bay, and there learned that a very plentiful crop of Indian corn had been gathered that year on the Eastern Shore of Maryland, and that he could procure a schooner-load, for a low price, at Vienna, on the Nanticoke River. 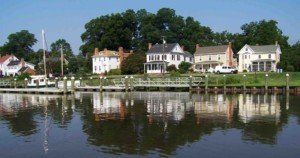 “Thither he sailed, but on his arrival the people were filled with astonishment and alarm. A vessel owned and commanded by a black man, and manned with a crew of the same complexion, was unprecedented and surprising. The white inhabitants were struck with apprehensions of the injurious effects which such circumstances would have on the minds of their slaves, suspecting that he wished secretly to kindle the spirit of rebellion and excite a destructive revolt among them.

“Under these notions several persons associated themselves for the purpose of preventing Paul from entering his vessel or remaining among them. [But] on examination, his papers proved to be correct, and the Custom-house officers could not legally refuse the entry of his vessel.

“Paul combined prudence with resolution, and on this occasion conducted himself with candor, modesty, and firmness; his crew behaved, not only inoffensively, but with a conciliating propriety. In a few days the inimical association vanished, and the inhabitants treated him and his crew with respect and even kindness.

“Many of the principal people [of Vienna] visited his vessel, and in consequence of the pressing invitation of one of them, Paul dined with his family in the town. In three weeks Paul sold his cargo and received into his schooner 5,000 bushels of Indian corn. With this he returned to Westport, [Massachusetts], where that article was in great demand; his cargo sold rapidly, and yielded him a profit of 1,000 dollars.” 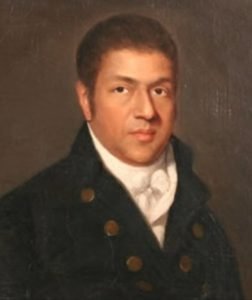 Cuffee’s life was full of interesting twists and turns. He once filed a landmark lawsuit claiming that he shouldn’t have to pay taxes because he wasn’t allowed to vote—he built that suit around a phrase with some historical resonance, “taxation without representation.” He became a passionate advocate for the so-called colonization movement that involved having American blacks relocate to Africa. He was the captain of one vessel that took 40 such passengers to Sierra Leone. He died on Sept. 17, 1817. His last words were, “Let me pass quietly away.”

NOTE: Many thanks to Dr. Denise R. Hayman, who alerted me to the fact that in a previous version of this post included a painting that I thought depicted Paul Cuffee, but in fact depicted a random black mariner. Dr. Hayman kindly led me to an image of the painting that is now in this post.

Secrets of the Eastern ShoreSeptember 1, 2020

“Like a Visit to Another World:” Remembering Childhood Steamboat Trips on the Choptank River in Times Gone By