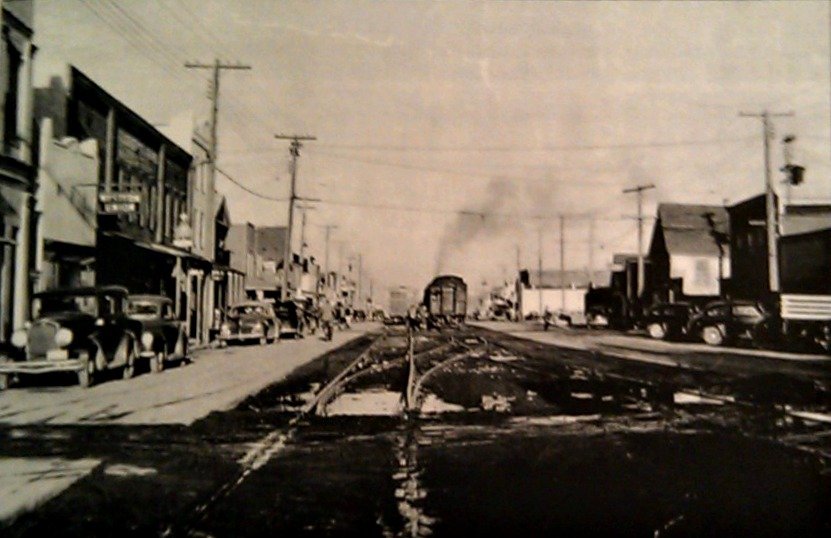 QUOTE OF THE DAY: Back in the 1920s, Crisfield Was a ‘Sort of Tiny Vulgar Venice’

Home / Way Back Machine / Quote of the Day / QUOTE OF THE DAY: Back in the 1920s, Crisfield Was a ‘Sort of Tiny Vulgar Venice’

Back in 1922, the writer Edward Noble Vallandigham penned this ode to Crisfield for his travel guide, Delaware and the Eastern Shore: Some Aspects of a Peninsula Pleasant and Well Beloved.”

“Newest of all the large and active communities on the Peninsula is Crisfield, … [which] has grown into an active little city with a busy main street that looks like that of a raw Western mining village. … One forgets on the sea front, with its inextinguishable charm of salt water and varied shipping, the squalid shabbiness of the main street, traversed by a steam railway track, and double-lined with business buildings, many of them mere makeshifts.…

“In the presence of the harbor, one almost forgets even the odor of mountainous oyster-shell heaps, over which plane flocks of buzzards, forever disappointed at the Barmecide feast, stubbornly hopeful that behind the strong appeal to a single sense there must be something really substantial.

“Crisfield builds much of its business area by dumping into the shallows oyster-shells from which has been extracted the meat, to be canned for the consumption of inlanders less fastidious than Eastern Shore folk as to the age of the oyster they eat.

“As to the business district, where among other curious things one finds a ‘terrapin farm’ peopled by diamond-backs that come to dinner at the tinkling of bells, it is a sort of tiny vulgar Venice, not without a picturesqueness of its own, due to the grouping of crude structures along the water front, the canals and their bridges, the unexpected narrow and crooked ways, almost every one with its inspiring glimpse of the sea horizon.

“If the huddle of busy packeries looks too squalid on close view, there is perpetually the redeeming spectacle of that windy harbor, at dawn, live with hundreds of fishing craft under sail for the oystering or crabbing grounds of the Sound, while yet the breakfast smoke rises from the cook’s galley; at evening, sweet with the sunset afterglow, and rich with sea-purples through which slowly float in the returning fisher craft, with masts and sails silhouetted against the dusking glories of the far horizon.”

• The photo up top here shows that “raw Western mining village” of a Main Street area in Crisfield as it looked in 1927, just a few years after Vallandigham published his book.

• I had to look up “Barmecide feast.” It’s a reference to a character from “The Arabian Nights” who serves an imaginary feast of empty dishes to a beggar, who ends up as disappointed in that meal as the buzzards here in Crisfield once they realize all those oyster shells have been scraped clean of meat.