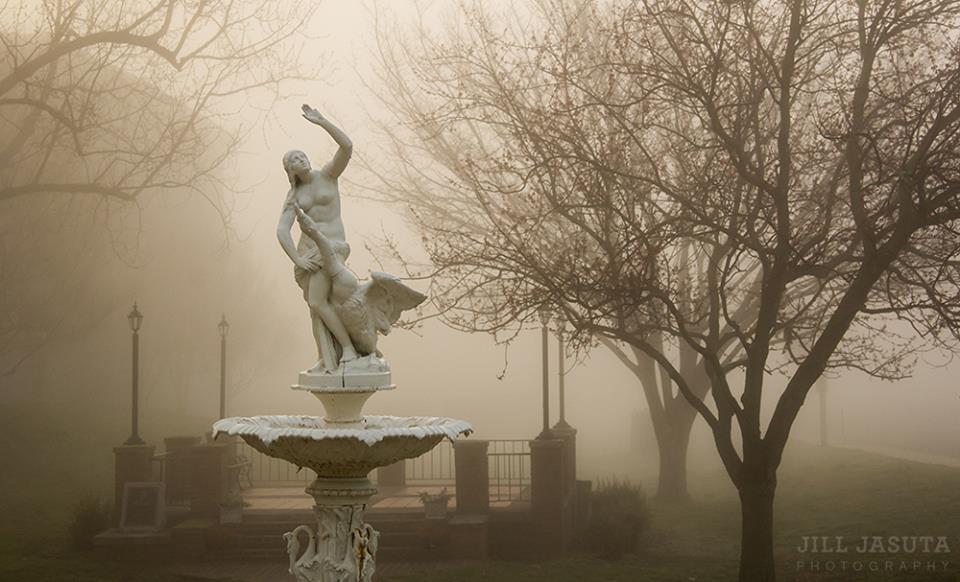 QUOTE OF THE DAY: Cambridge in 1872–“the most beautiful place on the Peninsula”

Home / Way Back Machine / QUOTE OF THE DAY: Cambridge in 1872–“the most beautiful place on the Peninsula”

In an article for Scribner’s Monthly magazine, the 19th century writer George Alfred Townsend shared his impressions after a bit of wandering around Maryland’s Eastern Shore. The article included the description below of what it was like to come up the Choptank River into Cambridge in 1872, just a few short years after the Civil War.

When you come to the part about the shady dell with a spring adjacent to the courthouse, you will see why I included a couple of modern day photos by Jill Jasuta Photography, one up top and another down below. That little dell is still there, next to the same courthouse that Townsend strolled by–the building dates back to 1853. Everyone calls it “Spring Grove” nowadays. A civic group puts up a Christmas tree down there, and townspeople gather around it the weekend after Thanksgiving to sing carols and kick off the holiday season. Townsend mentions a cemetery, too–the gorgeous one at Christ Episcopal Church across High Street from Spring Grove has graves that date to 1674.

But back to Townsend and what he had to say about Cambridge in 1872:

The Choptank River is the noblest watercourse of the Eastern Shore; at the mouth a superb sound, curtained with islands, several miles wide; farther inland a network of coves and deep creeks, to whose beachy margins the lawns and orchards of fine old homesteads slope.

One can take a double-barreled gun and lie on any of the many sylvan capes reaching into this gray river, and bring the wild ducks down from the flock as they fly over all the day to their feeding-grounds. The pike, perch, and shell-fish are fine and plentiful here, and we get the first view of the mamano, or long-necked clam, which lies deep in the sand at low tide and pokes forth its succulent head when the waters cover it.

… Cambridge, the county-seat of Dorchester, is called the most beautiful place on the Peninsula. A salt creek flows up behind it, bordered with some of the snuggest old mansions of timber and brick which could please an artist’s eye. The hotels here are tidy and neat. An old Episcopal churchyard, surrounded with mouldering gravestones carved with crests, shields, and ciphers, suggests the fine old affectations of a departed society, and the church stands up in the dewy atmosphere buttressed with delicate filaments of ivy which wrap the window round, and give them the appearance of crocheted pinnacles carved in green.

The courthouse, jail, and other buildings inclose a dell shaded with forest-trees, in the depth of which a clear spring rises under an open dome. … Cambridge is embowered in luxuriant shade, and the resident ladies have a high reputation for beauty of face and nature. In the back country are many noble shipping estates, the great houses frequently dilapidated or in ruins, and the low islands which lie off the coast contain, perhaps, the most simple and benighted people on the Chesapeake, few of whom read, and all [of whom] ”follow the water” for a livelihood.

… In this county, at Indian Creek, some of the last Indians of the Peninsula struck their wigwams toward the close of the last century; and there are now no full-blooded aborigines on the Eastern Shore, although many of the free-born negroes show Indian traces. The Indian names [on the Delmarva Peninsula] are often resonant, and they may be thought to sound like the croaking of the creatures of these swamps, the gurgle and suck of tides under low banks, and the cry of immemorial wild fowl; some prominent names are Gingoteque: Kiequotank, Matchopungo, Gangascoe, Pocomoke, and Appoquinimink. 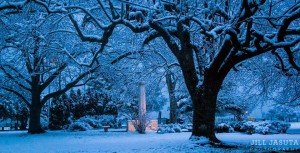 Modern-day Spring Grove, the “dell” by the courthouse

A native of Georgetown, Del., Townsend is most famous today as the author of the 1884 novel, The Entailed Hat, which is set on the Delmarva Peninsula and tells a fictionalized version of the story of the notorious kidnapper and murderess Patty Cannon. It’s still in print here in the 21st century.  (You can find The Entailed Hat here if you are interested.) He also wrote for more than 100 different journals and magazines during his career as a writer. He made a lot of money along the way, enough to build himself a baronial estate in the Catoctin Mountains of Western Maryland–that land and some surviving buildings from Townsend’s estate form the heart of the modern-day Gathland State Park. The name of that park comes from the fact that Townsend often wrote under the pseudonym, “Gath.”

I found my way to the Scribner‘s article through an out-of-print book, Rediscovery of the Eastern Shore: Delmarva Travelogues of the 1870’s. There are some used copies around, either online or in local bookstores that specialize in Eastern Shore material. I found my copy at the always interesting Crawford’s Nautical Books on Tilghman Island.