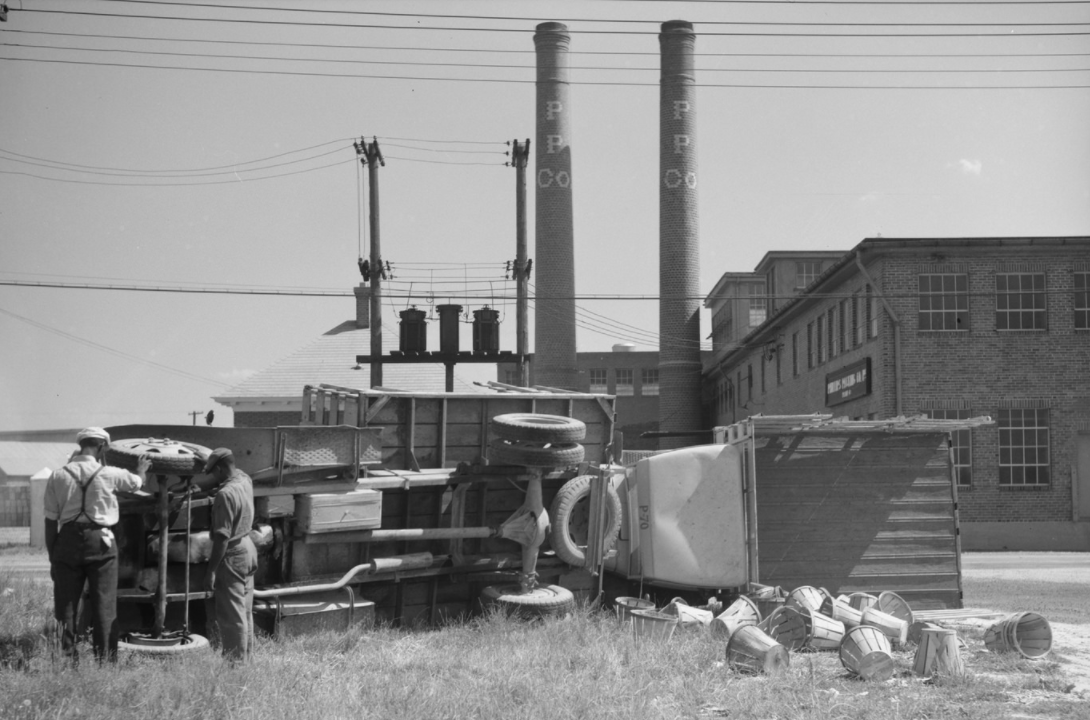 The Phillips Packing Company Strike of 1937: Black and White Together on the Picket Lines

Home / Destinations / The Phillips Packing Company Strike of 1937: Black and White Together on the Picket Lines 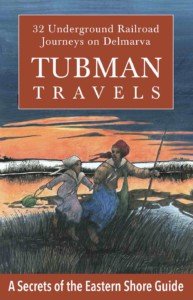 The next time you drive through Cambridge, Maryland along Route 50, take a good look behind the Wawa convenience store, toward Dorchester Avenue and the western horizon. The towering pair of old smokestacks there have some faded lettering on them, “PPCO,” for Phillips Packing Company. This year marks the 80th anniversary of a big strike there that made headlines around the country back in 1937.

Cambridge was a one-horse town in those days. Phillips Packing Company was the horse. More than 2,000 people worked for the firm, which was competing with Campbell’s for the top spot in the canned food sector in the whole country. That was nearly a quarter of the town’s population at the time.

Most every small business in town—from stores and restaurants to car mechanics and milkmen—relied on the income those workers got from Phillips to makes their own ends meet. Out in the surrounding countryside, thousands more farm owners and their workers depended on Phillips to buy their vegetables.

There were various Phillips factories and offices located all over town in those days. On June 23, 1937, a small group of workers in one can-making factory walked off the job. I haven’t come across a detailed account of what happened–exactly–in that factory, but word of the mini-walkout spread like wildfire to other Phillips factories and facilities. 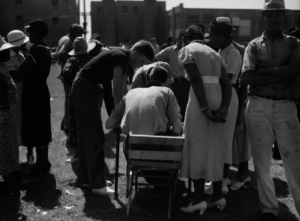 Black and white workers hold an impromptu meeting outside of the Phillips Packing Company’s Factory F in 1937.

That night, a crowd of 1,000 workers and their supporters marched straight through town in a show of strength. Along the way, they toppled over about 20 trucks full of beans and cheese wheels. The image up top here shows an overturned truck in front of the building with those smokestacks, which was known as Factory F. The next morning, the town’s mayor, Charles Browhawn, summed up the situation this way: “I wouldn’t be surprised if there’s right much trouble.”

Indeed there was. In the days that followed, the New York Times and other national papers were telling their readers about “a troubled labor situation” in Cambridge where “grim-faced farmers [are] armed with shotguns” and “a picket [has been] killed by a truck.” The strike ended badly for the workers—they settled in early July for a small raise, an amount that they had rejected as ridiculous early on in the strike.

There is one aspect of this affair that I find especially interesting. This all happened back in segregation times, of course, but one thing that made this strike unusual was the way it unfolded in thoroughly integrated fashion. Black and white workers joined forces throughout the tense days of the strike, participating together in very public ways during marches and rallies as well as in leadership and voting.

To say that this wasn’t the way things usually worked back then is an understatement. Think about it: The nearby towns of Salisbury and Snow Hill had just a couple of years before this seen brutal public lynchings of black men who had been accused, but not yet convicted, of crimes. 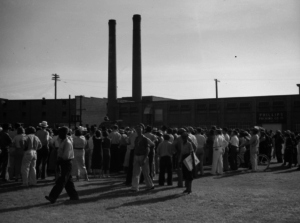 A labor organizer speaks to a crowd of Phillips Packing Company workers outside of Factory F in 1937.

During those marches through town on that first night of the strike, a black man named James “Midnight” McKnight was arrested for disorderly conduct. As news of his arrest spread through town the next day, a crowd of nearly 1,000 mostly white strikers gathered outside the jail to demand his release. The police did, in fact, let McKnight go.

Down here on the Shore, where in the past the only time whites ever visited a jail in connection with a colored prisoner was to lynch him, a group of white strikers went to a jail and made police turn a colored striker loose.

There is not much left of the Phillips Packing Company today. That old “Factory F” behind the Wawa is the only one of the half a dozen or so Phillips factories that is still standing. It’s a sprawling facility that has been in ramshackle shape for a long time, but there is hope on the horizon. Factory F is the subject of big redevelopment plans involving top-flight restaurants, entrepreneurship training, and a new park. There is no timetable on this project yet, but you may be able to find out more about the status of the project from one of the principals involved, the Eastern Shore Land Conservancy.

• NOTE #1: This is adapted from a work in progress. I don’t have a title yet, but I am putting together a mini-guide to 50 or so sites on the Eastern Shore and in Southern Delaware with interesting stories to tell about African-American history outside of the events of the Underground Railroad, which is the focus of a book of mine. The current draft of this work will be available at some point in September 2017 as a free bonus download for folks who buy my book, Tubman Travels: 32 Underground Railroad Journeys on Delmarva. I may make the finished product available as an e-book. We shall see …

• NOTE #2: The best history of the Phillips Packing Company that I have come across is in one chapter of a book with the really wonky title of Saving Our Harvest: The Story of the Mid-Atlantic Region’s Canning and Freezing Industry. The author, Ed Kee, is a fine writer who does a great job of telling the Phillips story. The book is out of print, alas, but perhaps you can locate it in a used bookstore.

• NOTE #3: Thank you very much for reading this!

Sweet Memories of Life on the Lighthouse