Setting the Stage: Music & Theater on the Eastern Shore in February 2016

Lots of interesting music and theater coming up on the Eastern Shore in February. Here are some highlights I rounded up for you. 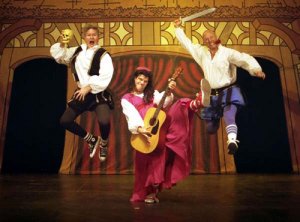 • On Feb. 6, the John Bell House in Dover has a theatrical presentation about the life of Delaware writer and civil rights activist Alice Dunbar Nelson. It’s called “Mine Eyes Have Seen.”

• Also on Feb. 6 at the Dorchester Center for the Arts in Cambridge, actors from the Hugh Gregory Gallagher Theatre troupe will allow audience members to “meet” the likes of Frederick Douglass and Neal Loving. Here are details.
• In Oxford, the Tred Avon Players launch their season Feb. 11-21 with the mystery/comedy mix “The House on a Cliff.”
• “Barefoot in the Park” is on stage at the Palace Theater in Cape Charles, Feb. 12-13.
• Oral histories given by former slaves are the foundation for the theater piece “Voices of Freedom,” which is at the Garfield Center in Chestertown, Feb. 12-13.
• In Milford, the Second Street Players are putting on Agatha Christie’s “A Murder is Announced,” Feb. 12-21.
• The current national tour of the Broadway classic “Joseph and the Amazing Technicolor Dreamcoat” stops at the Civic Center in Salisbury on Feb. 16. That is the photo up top.
• The Garfield Center in Chestertown has a production of the comedy “The Complete Works of William Shakespeare (Abridged),” Feb. 19-28. That’s the picture above right. 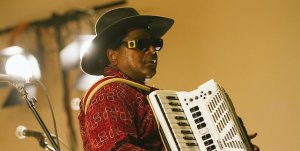 • Pioneering alt-rockers Cracker will be doing an unplugged show at the Avalon in Easton on Feb. 5.
• Nathan and the Zydeco Cha-Chas (pictured at left) are a top-notch traditional outfit out of South Louisiana. They are at Salisbury University on Feb. 11.
• On Feb. 13 at the Avalon Theatre in Easton, a national touring show will aim to play a perfect & reverent note-for-note rendition of Pink Floyd’s “Dark Side of the Moon.”
• Pianist Joe Holt and jazz vocalist Beth MacDonald will be performing love songs on Feb. 13 in a Valentine’s weekend show at the Mainstay in Rock Hall.

• On Sunday, Feb. 14, singers from the Virginia Opera Company will be singing a mix of classic arias and Broadway tunes at Nandua High School on the Eastern Shore of Virginia. 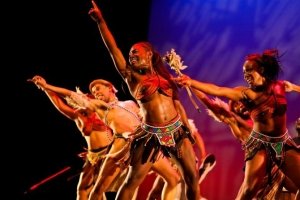 • The Step Afrika dance troupe will be at Salisbury University on Feb. 16. You can check out the troupe’s website (cool videos!) here. As of this writing the event was not listed on the university’s cultural calendar, but fingers crossed that it will be added there soon.
• The Mainstay in Rock Hall has storyteller/guitarist Toby Walker doing “How I Got the Blues” on Feb. 27.
• DC guitar whiz Tom Principato is headlining the fun-and-then-some Crawfish Boil and Muskrat Stew Fest outdoors in downtown Cambridge on Feb. 28. 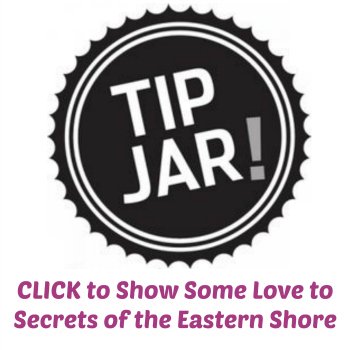 Secrets of the Eastern ShoreAugust 2, 2022