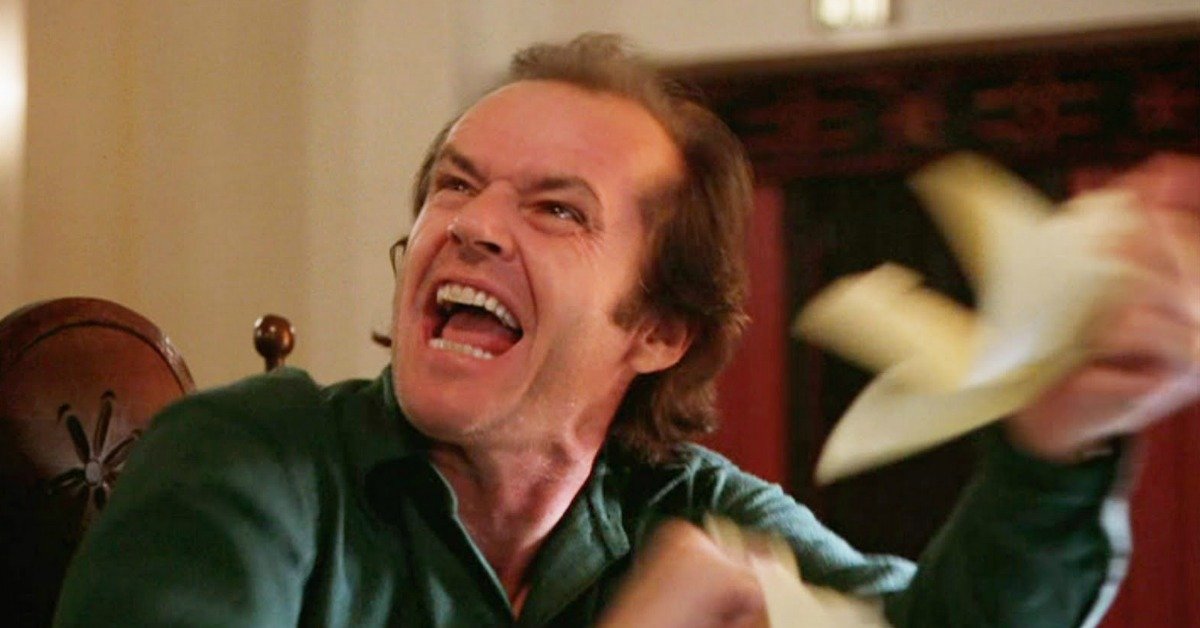 Murder in Chincoteague, 1885: The Sensational Crime of a Lovesick Man Who Lost His Grip

Home / Way Back Machine / Murder in Chincoteague, 1885: The Sensational Crime of a Lovesick Man Who Lost His Grip

Do you remember those scenes in “The Shining” when a maniacal-looking Jack Nicholson would be typing and typing and typing like, well, mad, and in the end we see that he’s been typing the same insane few words over and over again? Those scenes popped into my head recently while I was reading up on the story of a sensational murder case that happened in Chincoteague, Va. back in 1885.

It was June of that year when Tom Freeman finally went off the deep end. The killer was a lovestruck 20-year-old native of Chincoteague who, like Nicholson in “The Shining,” had a weird thing about writing—in this case, he labored intently on distraught letters that he would never send. It’s not hard to imagine him taking pen to paper with something like that wild-eyed look that Nicholson had in the movie while ripping up the pages he didn’t like.

Here is what Freeman wrote in one of those unsent letters to the father of his beloved:

“Dear Sir, to all the peopel in the world I will tell you that I have Die for love I am going to kill myself on a count Jennie Hill Wee have been corting about 8 mount and this is the last, I will Die and I will kill my lover so good by to all and to everybody this is my request to be Bury long a side of hear.”

Spelling and grammar weren’t Tom’s strong suit. Here is what he wrote about the mother of his beloved:

“Miss Hill are the Caues of me doing so, I told you the other night you sid you would not let no one go with Jennie I do love hear and I will on a count hear and you.”

And finally, here is what he wrote in an unsent letter to a friend he had worked with aboard a ship:

“My Dear friend, I will tell you about my trubel … I am in love with a girl and hear name is Jennie Hill, frank I think to much of hear I will die for love, so good by my old friend take warning from this, don’t go to foor with the Girls this is my last letter from me so I will Die for love.”

The object of Freeman’s obsession was a 13-year-old girl with a broad face and blonde hair. Virginia “Jennie” Hill was the daughter of Timothy and Zipporah Hill. If that family name sounds familiiar, it’s because it lives on today in a tourist attraction located on the north end of Main Street. The Timothy Hill house is believed to be the oldest surviving home on Chincoteague Island. 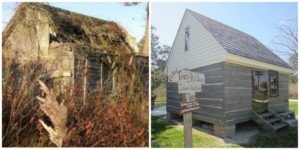 I wrote about the amazing story of how it survived the centuries here. In fact, it has been one of the most popular stories on this site. The picture here shows what the house looked like before and after its current guardian-angel owners found it.

Tom Freeman was born in Chincoteague in 1865. After his mother died in 1870, his father remarried and moved to Berlin, across the border in Maryland. But his father died a few years after that, and teenaged Tom ended up on his own and back in Chincoteague, where he landed a job as a farmhand with the Hills.

When I toured the Hill House, my volunteer guide Cindy Faith-Oehm, told me that Freeman fell for Jennie pretty much right away and asked her parents about courting her. The family discouraged his attentions, however, and he eventually went off to work aboard a ship for a while.

But Timothy Hill had trouble keeping up with the farming workload and asked Freeman to come back and help on the farm. Clearly, he badly underestimated the gravity of the situation.

On the morning of June 18, 1885 Jennie and her mother left their house, which then stood in a different location on Deep Hole Road, to run an errand. They found Freeman blocking their path. Some hot words were exchanged before Freeman pulled out a pistol and began firing wildly. One shot grazed Zipporah in the head, knocking her to the ground. Another hit the mark, striking her square in the head. Incredibly, she would survive.

Freeman turned the gun on Jennie next, his bullets striking her in the head and the neck. The two bleeding women scrambled to a nearby house, and neighbors were soon running toward the scene of the crime. That seems to have been the end of the affair as far as Tom Freeman was concerned. He turned the gun on himself and blew a hole in his head.

Jennie endured a dozen or so hours of agony before dying at 11 o’clock that night.

The murder was covered in newspapers up and down the East Coast. A story in an issue of the local Peninsula Enterprise a few days later began like this: “On our streets, in the stores, on the boats and in the fisherman’s cabins, all conversation has reference to the terrible tragedy of a few days ago, the first murder in the history of our Island.”

The article described Jennie Hill as a “perfect blonde of a bright and happy disposition” who was “in every sense the pet of the entire family, the most loving and obedient of them all.” The writer also served up a description of the funeral:

“The corpse [was] laid out in the parlor of the dwelling wrapped in a white robe and strewn with flowers. The golden hair that only the day before was all disheveled and clotted with gore was tastefully arranged and, if possible, she looked more beautiful in death than in life. In one corner of the room stood her organ, opened, upon which rested the last piece of music she played. Loving hands bore her to the family burying ground a few yards from where the fatal shots were fired.”

The private Hill family graveyard is located near the corner of Deep Hole Road and Tim Hill Lane on the north end of the island.

I am happy to report that Tom Freeman’s wish “to be Bury long a side of hear” was not granted. Instead, the town undertaker packed his body away in a “rude pine box” and, in the words of another story in the Peninsula Enterprise, “buried him by the side of the mother he had dishonored.”

There seems to be some question about where that unmarked grave was originally located and whether Freeman’s body was later exhumed and moved elsewhere. The two top candidates for his current resting place are the Ridge Cemetery, in an unmarked grave near that of a man named Ebea Whealton, and in the church yard of what today is St. Andrews Catholic Church, but was a Methodist church back in Freeman’s time.

—-Written by Jim Duffy for Secrets of the Eastern Shore/Whimbrel Creations in 2016. Updated in 2022.