By Secrets of the Eastern ShoreOctober 4, 2021No Comments

I am posting this during the week of the bicentennial of William Still’s birth on Oct. 7, 1821. Let’s get the obvious question out of the way first: Why bother about a Philadelphia guy on a site devoted to stories of Delmarva?

I mention Still countless times in my book of Tubman Travels: 32 Underground Railroad Journeys on Delmarva. That’s because he played two key roles for hundreds of men, women, and children from our area who escaped slavery. He was the gatekeeper, connecting runaways who had successfully crossed the border into Pennsylvania with the connections and resources they needed to get relocated and start a new life.

The second thing Still did was put those brave souls in our history books. He kept meticulous records, interviewing every escaped slave who came through his office at the Pennsylvania Anti-Slavery Society, asking where they were from and why they ran. No one else involved in the Underground Railroad seems to have kept those kinds of notes–and understandably so, given the dangers of that work.

A decade after the Civil War, Still published his notes under a whopper of a title: The Underground Railroad: A Record Of Facts, Authentic Narratives, Letters, &C., Narrating The Hardships, Hair-Breadth Escapes And Death Struggles Of The Slaves In Their Efforts For Freedom, As Related By Themselves And Others, Or Witnessed By The Author. Still is the reason we know so much more about escaped slaves from Delaware and the Eastern Shore, when compared with other places around the country. That book also gives historians a priceless resource in tracking the exploits of Harriet Tubman–Still mentions her often.

There’s a third reason, too. Still’s story begins on the Eastern Shore of Maryland.

In the 1790s, the couple who would become William Still’s parents were enslaved by a farmer named Saunders Griffin in Caroline County, Maryland. They probably lived in something like the one-room frame cabin you can go see at the William Still Interpretive Center, which is located in the 4-H Park in the countryside outside of the county seat, Denton.

Levin and Sidney Steel, as they were known in slavery, had four children while living in Caroline County. Then, in 1798, Levin Stewart managed to cobble together enough money to buy his own freedom—historians call cases like this “self-liberation,” for obvious reasons. Levin then moved to New Jersey.

Soon thereafter, Sidney gathered up those four children and made a run to join her husband in freedom. Alas, the mother and children were recaptured and returned to the Griffin farm.

Sidney wasn’t done trying. But when she next found an opportunity to run, she was in an unimaginably terrible spot: Circumstances forced her to leave two sons behind. She brought only two daughters with her. This second trip was an awful ordeal. As she neared her husband’s home at last, Sidney was so exhausted that she could no longer carry her youngest child. The left that girl hidden by the side of the road. Levin had to retrace his wife’s steps to retrieve the child.

Those two sons left behind were soon sold off to the Deep South, first to an owner in Lexington, Kentucky and from there to a plantation in Alabama. In the case of most other slave families, this is the point where writers and historians use some variation of the phrase “never to be seen again.”

But the story of the Stills is different, as we shall soon see.

After escaping, Sidney would change her first name to Charity, and the family would start going by the name of Still instead of Steel. Levin and Charity had 14 more children in New Jersey—yes, incredibly, that’s 18 children in all, though not all survived into adulthood. The youngest of those children was William Still. 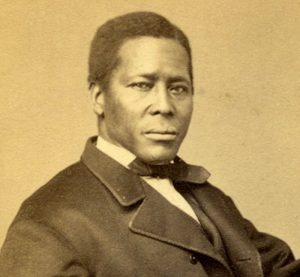 Of those two abandoned brothers, only one survived–his name was Peter. The other, Levin Jr., died in the aftermath of a whipping he received from a white man down south.

While enslaved in Alabama, Peter grew up, got married, and had three children. At one point, he was hired out by his owner to work for a pair of Jewish storekeepers, Joseph and Isaac Friedman. They helped Peter buy his own freedom. His story at this point echoes the dreadful situation in which his parents once found themselves—unable to buy the freedom of his wife and children, he left them behind.

By the early 1850s, Peter had found his way north after making his way through Cincinnati and then Pittsburgh and, eventually, Philadelphia. Knowing that he was now in the vague vicinity of the Eastern Shore, he started asking around for help in finding his family. What were the chances, considering that more than four decades had passed since his mother’s departure in Caroline County?

Various Philadelphia locals told him that he should call at the office of the Pennsylvania Anti-Slavery Society. The man he met in that office was none other than William Still, though neither Peter nor William were aware at first of their connection.

After hearing Peter’s story, William said, “Suppose I should tell you that I am your brother?” Peter was soon reunited with his mother and the rest of the family. Here is what William Still wrote later in a letter summarizing the encounter:

Last Friday afternoon, Peter Friedman was brought to this office by a man whom I was partially acquainted with; the object of Peter was to see if he could gain some instruction [in] how he might find his parents and relatives whom he had been sold away from for 43 years. The remarks made by the stranger much surprised me and I soon began to make inquiry as to his parents and their names. He immediately gave the names of his father, mother, and the brother who was also sold with him at the same time. By this time I perceived that a wonderful development was about to be made. My feelings became unutterable. … The fact that this Peter was one of my long absent brothers stared me too full in the face to gainsay or dispute the evidence for one moment. Thus a brother whom I had never before seen was introduced to me in this most wonderful manner.

Peter Still was one devoted husband, determined against all odds to bring his wife and three children out of slavery in Alabama. The reunion of Peter with his parents and siblings garnered quite a bit of media attention. That coverage touched the heart of a white abolitionist named Seth Concklin, who soon agreed to the mission-impossible venture of traveling into the Deep South and rescuing Peter’s family. 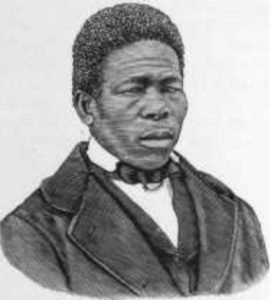 The things Concklin did during that mission bordered on the superhuman. In seven short days, many of them filled with rain and cold, he rowed his party of four runaways upstream for nearly 120 miles along the Ohio and Wabash rivers. But the mission ended in failure. Concklin was arrested in Indiana. Along with Peter’s wife and children, he was handed over to a slave owner named Bernard McKiernon for transport back to Alabama.

Concklin never made it to an Alabama courtroom to face charges. He drowned in the Ohio River. McKiernon said that happened during a fight that broke out when Concklin tried to escape. Some abolitionists were skeptical about that. They believed that McKiernon had committed murder.

Even now, Peter Still did not give up on the notion of a family reunion. He had his brother William wrote a letter to McKiernon, asking how much it would cost to buy the freedom of his wife and children. The answer: $5,000.

Peter went on a barnstorming tour, telling his story at churches, anti-slavery societies, fraternal groups, and pretty much any civic organization that would have him. It took him 23 months of traveling and storytelling and begging for donations, but he raised that $5,000 in the end.

He brought his wife and children out of slavery in 1853. They settled in Burlington County, New Jersey. Peter lived long enough to see slavery come to an end–he died in 1868.

• You can find more here about my book of Tubman Travels: 32 Underground Railroad Journeys on Delmarva here.

• The Still family must have been one incredible bunch. Here is a little tidbit about an entirely different brother that I found in a Wikipedia entry:

Another of William’s brothers was James Still. Born in New Jersey in 1812, James wanted to become a doctor but said he ‘was not the right color to enter where such knowledge was dispensed.’ James studied herbs and plants and apprenticed himself to a white doctor to learn medicine. He became known as the “Black Doctor of the Pines”, as he lived and practiced in the Pine Barrens. James’s son, James Thomas Still, completed his dream, graduating from Harvard Medical School in 1871.

• If you visit the William Still Interpretive Center near Denton, you will be able to see the outside of the cabin and some interpretive signage about the Steel/Still family. As far as I can tell, however, the interior is open only rarely. Call ahead if you want to figure that out. General site info here. The number of Caroline County Historical Society is 443-448-4720.

Thank you for spending a little time with this story. Feedback welcome: SecretsoftheEasternShore@gmail.com.