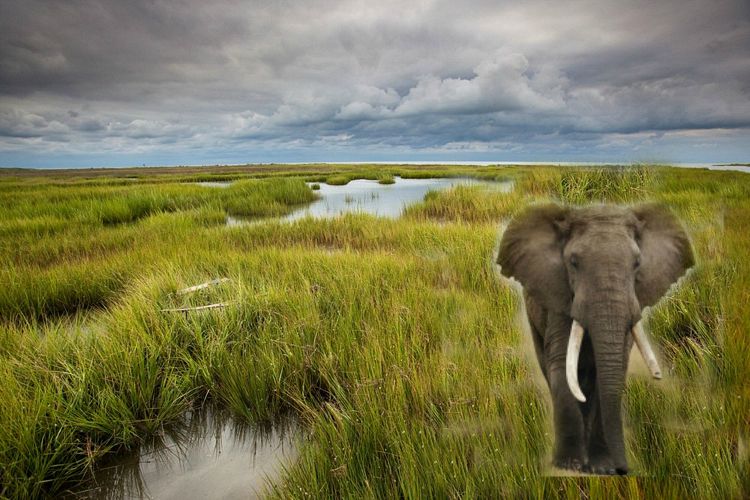 The Day an Elephant Marched Through the Marshlands of Saxis

Over the centuries, several enterprising characters have tried to turn remote little Saxis on the Eastern Shore of Virginia side of Pocomoke Sound into a tourist destination. One such dreamer was Lloyd Drewer. Back in the early years of the 20th century, he built bathing houses, organized fishing trips, and sponsored various fairs and festivals.

His most memorable exploit dates to the late 1930s, when he brought in a circus-like tent with ponies for riding and an elephant to display. I will let the wonderful writer and historian Kirk Mariner tell you what happened next:

During the night before the show was to open a thunderstorm swept in, blew down the tent, and spooked the elephant, which pulled its chained peg out of the ground and ran northward up the island.

Linwood Linton, on his way to work early the next morning, saw it emerge, trumpeting loudly, from a marshy pool near Albert Selby’s garage and in his fright ran home so quickly that, it is said, he ran straight through the unopened screen door.

Herman Bailey awoke to discover that the animal had done its business right at his front door, and after summoning his family to examine the giant dropping, asked his wife, “Ella Blanche, which shall we move, the pile or the house?” 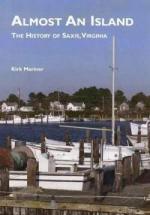 This anecdote comes from Mariner’s book, Almost an Island: A History of Saxis, Virginia, which I thoroughly enjoyed. He has written on a number of other topics related to the stories of Virginia’s Eastern Shore as well. You might be able to find his Saxis Island book in person or online at the little Saxis Island Museum. A fuller selection of Mariner’s books might be available at Sundial Books in Chincoteague and The Book Bin in Onley.

Oh, and make no mistake–the amateurish photo editing up top here is all on me. :-)