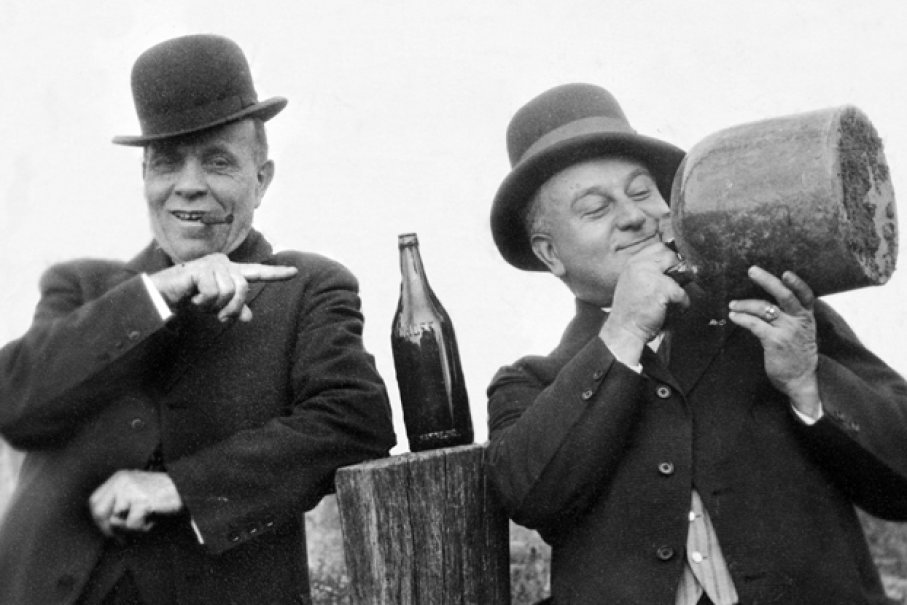 QUOTE OF THE DAY: A Moonshine Moment in Greenbackville

Home / Way Back Machine / Quote of the Day / QUOTE OF THE DAY: A Moonshine Moment in Greenbackville

When Prohibition became law, most of the women of the community applauded. On the other had, most of the men … did not wait long before devising ingenious ways to acquire their beloved alcohol. The Eastern Shore of Virginia … had access to bootleg whiskey from oceangoing vessels during Prohibition years. Once smuggled onto land, the contraband was distributed by people loosely identified as bootleggers.

Against the better judgement of a son and in defiance of his wife’s wishes, every Saturday morning one father would convince his son to drive him to his favorite distributor. The grandson remembered:

Father:
Get yerself up and carry me out to Sam’s.
Son:
Pop, I’ll carry ya’ out there but just get one gallon. Don’t get two gallons.
(If Pop’d get a gallon he could do what he wanted to do, but if he got two gallons it messed him up on his work schedule.)
Father:
You take me and that’s all I’m gonna get.
Son:
Naw, you’ll get out there an’ he’ll talk you into two.
Father:
He’ll not talk me into two, I’m only gonna get one.

(When they got there, the bootlegger greeted them with bad news.)

Bootleger:
Ya know them [revenuers] closed up ole Henry over there on the other side last week, I don’t know if I’ll be here next week or not.
(That’s when Pop’d start losing his breath, he’d be a puffin’ and pantin’ and scared to death he’d not get any the next week.)
Father:
Well then, Sam, ya’ better make it two!

Here is “Voices of the Chincoteague” on Amazon. 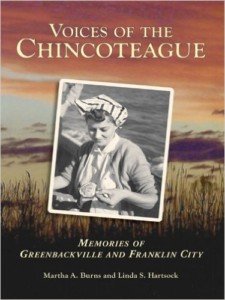 The subtitle is: “Memories of Greenbackville and Franklin City.” The authors are Martha A. Burns and Linda S. Hartsock.