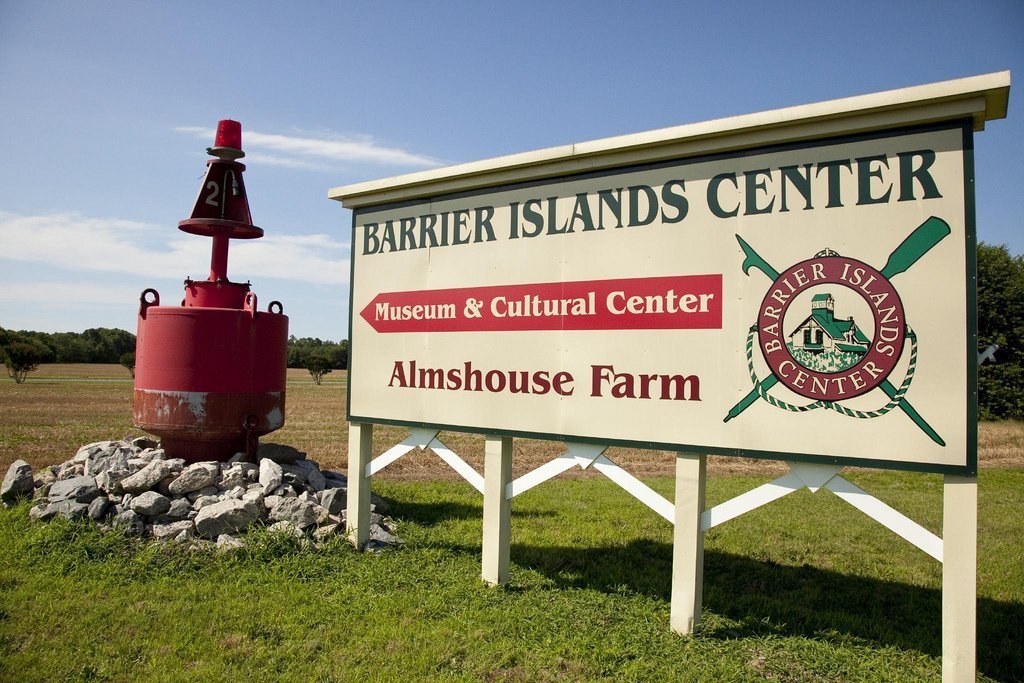 A Museum Triple Play on the Eastern Shore of Virginia

If you are at all like me, you can look at old photos of life on the Eastern Shore all day long. Well, that’s pretty much exactly what we’re going to do here on a visit to three fun little museums in a daytrip that will take us from one end of the Eastern Shore of Virginia to the other. We’ll start up on the north, at the Museum of Chincoteague. If you are lucky, the volunteer working the front desk when you walk in will be the charming Anna Rodgers. Keep your eyes out as you make your way through the exhibits for the life-size cardboard cutout of Ms. Rodgers as bathing beauty extraordinaire and Chincoteague Carnival Queen in 1957.

Fittingly, Misty of Chincoteague is the first thing you see upon entering. She and her foal, Stormy, are flanking a sign from the old Beebe Ranch where Misty made her home for so many years. They were both sent to a taxidermist after passing, and now stopping in to get a picture with Misty is one of the more popular pastimes among visitors to Chincoteague. There is lots more about Misty inside the museum—and about the filmed-in-Chincoteague movie based on the children’s book by Marguerite Henry. The were four Hollywood actors in the movie, but the rest of the roles went to locals from the island. It took three days to film a big carnival scene. They shut down the schools and told the kids that they could get on all the rides and eat all the carnival food they could–for free! Plus, the kids got a dollar at the end of every day.

The day the movie opened at the Chincoteague Theatre in 1961, Misty herself was marched downtown so she could put her front hooves in some wet cement for a slew of newspaper photographers. Henry was there as well, and the author was the one who scrawled Misty’s name in the cement. (The town replaced its downtown sidewalks in 2014, but no worries–they saved Misty’s hoof prints and reinstalled them in front of the theater.) Great old photos abound at the Museum of Chincoteague. The images of flooding during the Ash Wednesday Storm of 1962 are astonishing. That devastating nor’easter dragged on through five high tides over three days and put parts of downtown under six feet of water.

Other photo arrays focus on the Gilded Age of the late 1800s and to Chincoteague’s storied oyster industry back in the day. Famous old businesses like The Roundup restaurant and Drumfish Daisey’s Clam Shack are featured—the great pictures just go on and on. One other thing to keep your eye out for: The museum is the home for the old Fresnel lens that used to be in the Assateague Island Lighthouse.

The Barrier Island Museum in Machipongo is my favorite stop on this particular trip. It is housed on the gorgeous 18-acre Almshouse Farm, a name that is employed quite literally in this case. The farm was the official poorhouse for Northampton County from 1804 through 1952. Impoverished whites stayed in the main museum building, while blacks lived in what is now the museum education center. Both buildings are on the National Register. In the stretch from Assateague Island on the north to Fisherman’s Island on the south, there are 23 barrier islands in Virginia. No one lives on them nowadays, making them one of the longest undeveloped stretches of shoreline on the East Coast.

This wasn’t always the case. People lived on the islands for many centuries, right on up through the 1930s when a series of storms ravaged the landscape and drove residents out and onto the mainland. The museum has more than 7,500 artifacts related to life on the islands. Every single one of them was donated, so you know that this is a museum that the locals love.

I’m not usually a big fan of orientation movies at museum, but the films made for the Barrier Island Center by the big-time documentary director James Spione are really wonderful—they will be worth your time. Here, too, the exhibit areas are chock full of mesmerizing old photos of life on the islands. To me, the best sections were the ones about the famous old Cobb Island Hotel, a big resort for outdoorsmen back in the day, and about life on Hog Island—when it came time to leave, so many Hog Island residents relocated to the town of Willis
Wharf that there is a part of town there known today as Little Hog Island.

Go to the gift shop here, too. They have a pair of Hog Island-themed children’s books by Andrew Barbour that are entertaining as all get out. Seriously, I’m not a big spender in museum gift shops but I was reaching for my wallet after spending about 30 seconds thumbing through the 4th of July themed “Red, White, & Ewe.” When it comes to the history of Eastern Shore towns, Cape Charles has a different sort of story to tell. It didn’t exist until the comparatively late date of 1884, when it arose out of a business proposition—the New York, Philadelphia and Norfolk Railroad picked this spot as its southern terminus, where everything would be loaded onto boats for the trip across the Bay to Norfolk.

The story is quite well told at the Cape Charles Museum, housed in a former power plant that still has its old Busch-Sulzer diesel engine and generator. It still runs, too—museum staff will turn it on for you if you ask. The photo here should clue you in that it’s a little  on the loud side. Spread around the building is a really interesting collection of old postcards, train timetables, model tugboats, and much more. There are a couple of old railroad cars out back that are open to visitors, a caboose and a baggage car.

The section on the architecture of Cape Charles will quite likely inspire you to stroll around town for a bit. They’ve got some wonderful old Victorian homes in town, as well as a couple of great examples of the mail-order homes that Sears sold back in the 1920s. Pictured here is a Sears Model #126.

Here is the Cape Charles Museum website. They are closed in the winter months.

And here, so you find out what else is around, is Eastern Shore of Virginia tourism.

• If you leave the Museum of Chincoteague hungry, go to the nearby Woody’s Beach Barbecue. It is great fun—and really yummy, too. Also, if you have a sweet tooth, be aware that TripAdvisor had the nearby Island Creamery in Chincoteague at the top of its 2014 list of the best ice cream parlors in the whole country.
• If you want something to eat on the way from Chincoteague to Machipongo, stop at Metompkin Seafood in Mappsville. It is a roadside shack with a dirt parking lot and some seriously great down-home Eastern Shore food. Another alternative on the way to Machipongo is the classic old Exmore Diner in Exmore. It’s been going strong since 1954.

• If you want something to eat in Machipongo, I hear good things about the Great Machipongo Clam Shack (which, believe it or not, is located in Nassawadox and not Machipongo). I am looking forward to trying it soon for the first time. • If you like tiny backroads towns with lots of stories to tell, then you might want to call and see if the Saxis Island Museum in open.

• Parksley has an interesting little museum too, the Eastern Shore Railway Museum. It is housed in the only surviving New York, Philadelphia, and Norfolk station that still stands in its original location. Look around while you’re there for a really interesting monument to the Confederate war dead nearby.