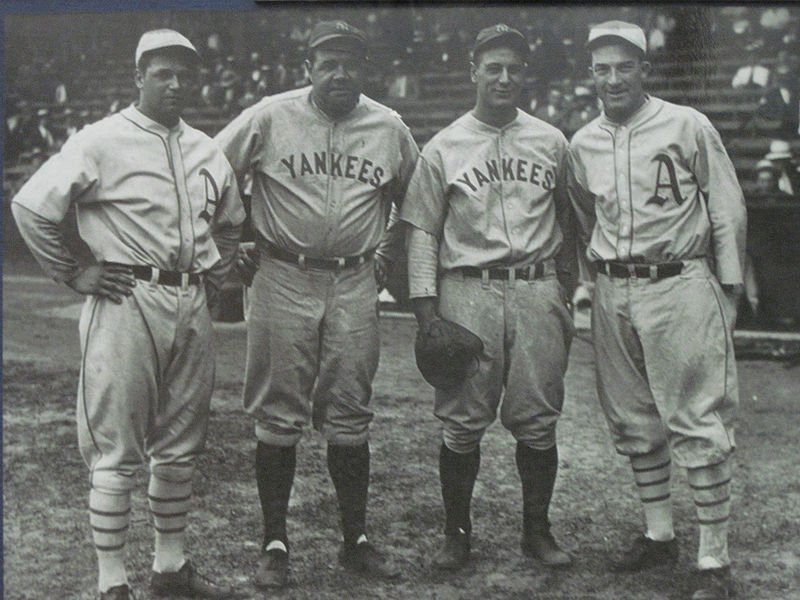 By Secrets of the Eastern ShoreDecember 3, 2019December 24th, 2019No Comments

One of the excursions in my book Eastern Shore Road Trips (Vol. 2): 26 MORE One-Day Adventures on Delmarva is a tour of baseball greatness with stops honoring five major league greats who hailed from the region, including four Hall of Famers. This excerpt is the section of that trip dedicated to slugger Jimmie Foxx.

Itty bitty Sudlersville, Md. is the first stop in this tour of the Shore’s rich baseball history. Located off of Route 301 as it heads up from Queenstown toward Delaware, this town with a population of just 497 is the birthplace of one of the greatest baseball sluggers of all time, Jimmie Foxx.

At the corner of Main and Church Streets, there is a statue of the man known during his career as “Double X” and “The Beast.” And there is an array of Foxx memorabilia on display in the town’s old train station. 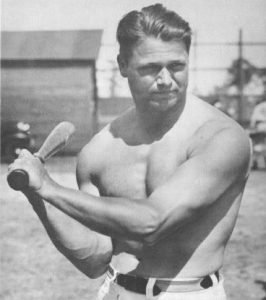 Foxx dropped out of high school to join a minor league team in nearby Easton, but he didn’t stay long. The team sold Foxx to the Philadelphia A’s, and he soon made his major league debut in 1925 at the tender age of 17.

Foxx’s career spanned 20 years with the A’s and Boston Red Sox. He hit 30 or more home runs in a dozen straight seasons. He had 100 or more RBI in 13 straight years. In 1932, he hit 58 home runs. He actually hit 60 that year—enough to tie Babe Ruth’s then-record total—but he lost two homers to rainouts. In 1929, when he was hitting better than .400 deep into July, he landed on the cover of Time magazine. He won three MVP awards.

Yankees pitcher Lefty Gomez famously said of Foxx: “He has muscles in his hair.”

The most amazing Foxx factoid of them all is this: He held the record for being the youngest player to reach 500 career home runs for an astounding 68 years—until Alex Rodriguez passed the mark at a slightly younger age. Foxx was inducted into the Hall of Fame in 1951.

His relationship with his hometown over the years was a bit complicated. Sudlersville held big banquets in his honor in both 1929 and 1933. At the first one, everyone got up to sing a ditty titled “Jimmie Boy! Our Jimmie Boy!” to the tune of “Maryland My Maryland.” At the second one, the tune was “Jingle Bells” and the lyrics began: “Jimmie Foxx, Jimmie Foxx is our hometown boy, he can hit the ball so hard it fills our hearts with joy …”

After his career ended, Foxx lived in Ohio, mostly. He came back home with some frequency, but managed somehow to lose some of the affection his hometown had previously displayed. There are rumors of some hard drinking. Foxx also had financial woes later in life, and there is one story about how on a visit back to Sudlersville no one in town would cash a check for him. 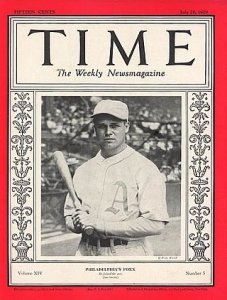 On the other hand, there was Gil Dunn. A lifelong fan, Dunn put up a makeshift wall of tribute to Foxx in the pharmacy he ran on Kent Island. Later, he started begging for and even buying memorabilia. He started promoting the little corner of tribute as the Jimmie Foxx Museum.

Foxx himself showed up at the pharmacy one day in 1967. He led Dunn out to his car and opened the trunk.

“Here is some stuff you may have. … Nobody else wants it,” Foxx said. The treasure trove included MVP awards, gloves, uniforms, baseballs, and more. That’s the heart of the collection that is in the train station today—as of this writing, the station is open on the first Saturday of the warmer months, or by appointment.

Foxx passed away at age 59 in 1967 by choking on a piece of food while visiting his brother in Florida. With the passage of time, Sudlersville has come back around and re-embraced its native son. His statue went up on Main Street in 1997. There is talk of expanding the train station and making the Foxx memorabilia into a stand-alone attraction.

One last bit of Foxx trivia before we move on. Shortly after he retired from baseball, Foxx spent a year managing a professional women’s team, the Fort Wayne Daisies. The Tom Hanks movie “A League of Their Own” is based loosely on what happened that season.

NOTE 1: Here is the website of the Sudlersville Train Station. The phone number is 410.438.3501. And so you know what else is in the area, here is Queen Anne’s County Tourism.