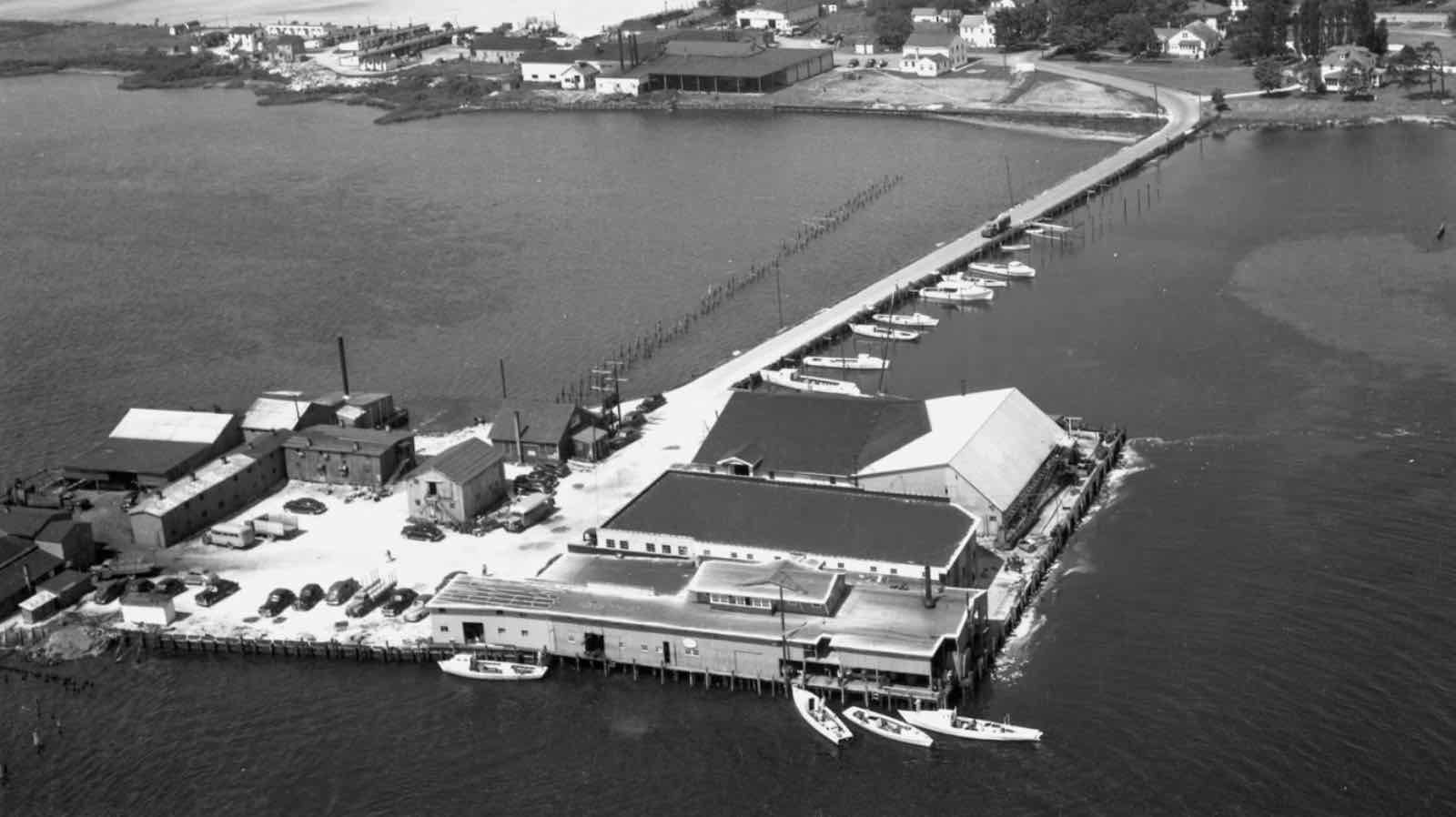 During those boom times, oyster shells were discarded off of Tilghman Island in such volume that they soon congealed into an island that would grow large enough to house a store, a post office, and, eventually, the storied Tilghman Packing Company. You can catch of glimpse of that island today if you wind your way through a residential housing development called Tilghman on Chesapeake and keep an eye out for the community’s clubhouse, which sits out past a marina at the end of a skinny road snaking out from the island. (There used to be a second, smaller oyster-shell island farther out, but it has washed away. Boat captains found that mound of shells so notoriously difficult to navigate around that they named it Devil’s Island.)

Founded in 1877, the Tilghman Packing Company ranked for a while among the biggest companies in Talbot County, with 600-plus workers. Four post offices and three schools dotted the island at one point. There was even a full-fledged department store. The historian Dickson Preston had some fun describing the heyday of Tilghman in Talbot County: A History:

“There was more excitement in 1890 when Hode Taylor set up a merry-go-round in a field, for which the charge was five cents a ride. It was powered by a white horse which often got dizzy from continually going round and round, and had to be spelled by a substitute. A second merry-go-round, imported by Ira Harrison about 1909, took a dunking when the boat bringing it to the island sank in a storm. Fished out of the water, it ran as good as new. Its gasoline motor was considered a great improvement over the horse; at least it didn’t get dizzy on the job.

“By 1908 Tilghman even had a movie theater of sorts. Ira Harrison, the merry-go-round entrepreneur, set it up in a tent in front of the firehouse. It had coal-oil lighting and a hand-turned projector. The films were of the nickelodeon type, with handsome heroes, damsels in distress, and leering villains. Since the hero always won, the films soon got to be boring. Therefore, Harrison varied his fare by running them upside down or backward, to great applause from the audience. Admission was ten cents for children, fifteen cents for adults.”

The best place to get in touch with these and other great stories from days gone by is the wonderful little Tilghman Watermen’s Museum, which is on the main drag between Mission and Coopertown roads. Speaking of roads, most of the driving you’ll do on this island will be atop surfaces that were originally “paved” with oyster shells. 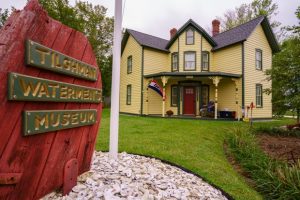 The first thing to take note of at the museum is the exterior, which is designed in an odd shape that mimics the letter W. Local lore has islanders believing that this design delivered better air flow on hot summer days. Thirteen of these W houses were built back in the 1890s: As far as anyone has been able to tell so far, the design is unique to Tilghman and the nearby town of Sherwood. Seven W houses are still standing, but only this and one other are in near-original condition. Inside, the museum tells the story of that famous Tilghman Packing Company. Other sections explore the history of boatbuilders, watermen, artists, big storms, and more.

There is much more in this chapter, of course. It visits Dogwood Harbor, the Tilghman Island Country Store, and other island spots. There is also a big section about the cruises that go out to Poplar Island to explore the big restoration under way there.