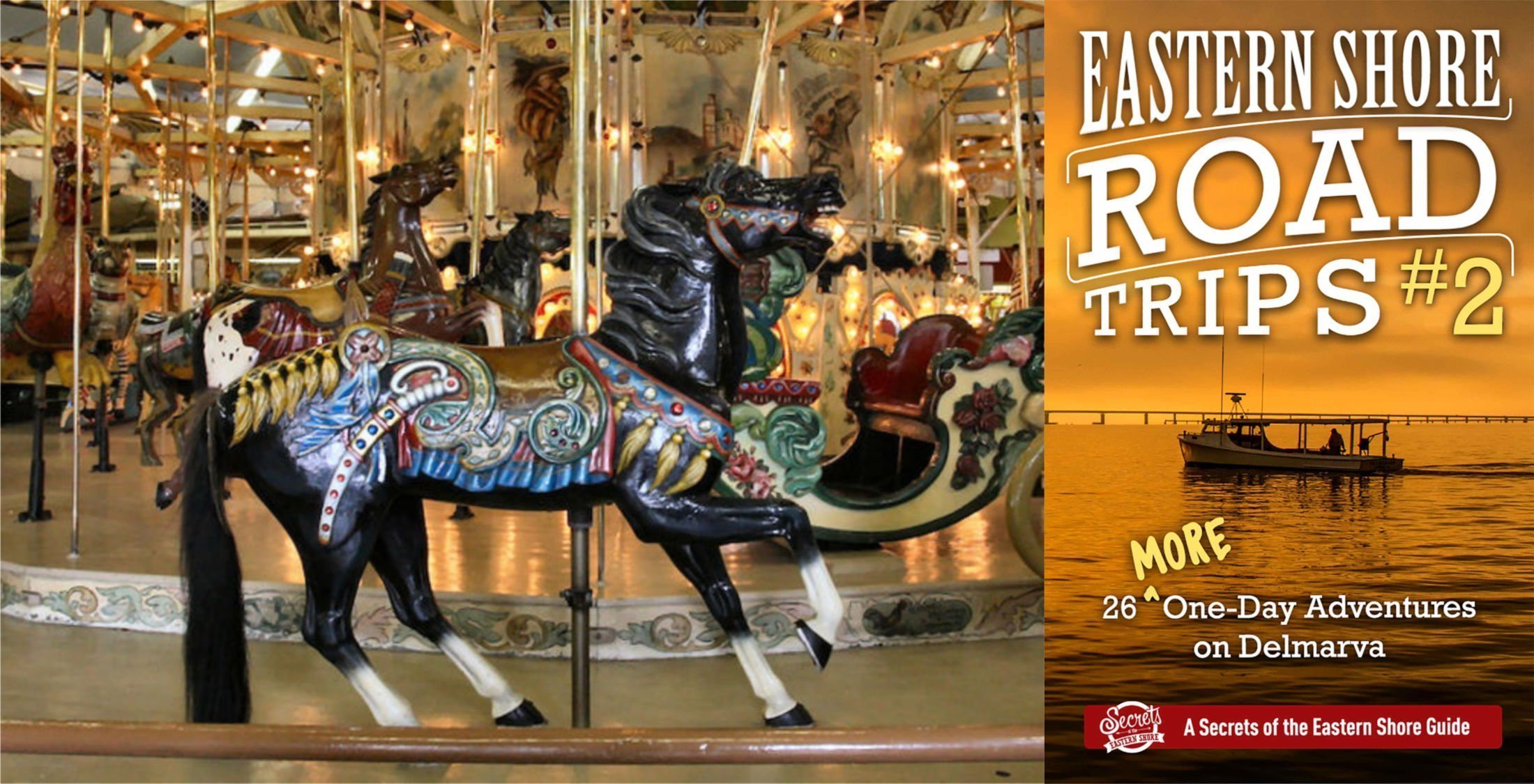 The Story Behind the Magical Old Carousel of Ocean City

This excerpt from Eastern Shore Road Trips #2: 26 MORE One-Day Adventures on Delmarva comes in the midst of road trip that leads you out in search of remnants from the early days of Ocean City, Md.

So let’s do a little treasure hunting in the oldest, southernmost end of town. For starters, take a ride on the merry-go-round that lies deep inside an old-school amusement park, Trimpers Rides. That business has been through several entrepreneurial transformations since the 1890s, when German immigrants Daniel and Margaret Trimper came to Ocean City on vacation and fell in love with the place.

Only a few fledgling hotels were here then. There was no boardwalk yet. There wasn’t even a significant stretch of sandy beach—the ocean waters flowed differently in those years, waves lapping pretty much all the way up to the hotels. Back in Baltimore, Daniel Trimper Sr. closed down his Silver Dollar Bar, which, by the way, had real silver dollars embedded in the floorboards.

The family’s move was an arduous affair that started with a steamboat ride across the Chesapeake Bay. Family legend has it that the bay was so deeply frozen during that move that the steamship Cambridge couldn’t get up to the dock in Claiborne, Md. The Trimpers trooped out on the ice, presumably with many of their life’s belongings in tow, and walked to shore behind steamship staffers stepping gingerly to see how much weight the ice could handle.

Daniel Trimper Jr. was six years old that day. As he walked across that ice, he was carrying a box with a new puppy in it. He and his family then boarded a steam-powered train for Ocean City. Folks in those days used to joke that the initials of the Baltimore, Chesapeake & Annapolis line stood for Bugs, Cinders, & Ashes. When the frozen family finally reached Ocean City, Dan Jr. was not impressed:

None of us could see what father saw in Ocean City at that time. We had no street lighting. You had to carry a lantern to walk out at night. It was spooky in winter when the wind howled.

Dan Jr. would come around in the long run, serving as mayor between 1944 and 1959. His transformation from skeptical child to firm believer began with his father buying a pair of hotels. After one suffered damage in a storm, Dan Sr. rebuilt it with turrets up top, supposedly in an attempt to evoke Great Britain’s Windsor Castle. A theater and an amusement park were soon added to the mix. By 1900, the whole shebang was known as Windsor’s Resort. 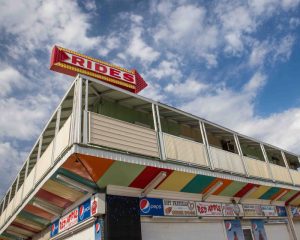 Trimpers Rides is what remains. Still owned by Dan Sr.’s descendants, it ranks as the oldest family-owned carnival in the country.

The merry-go-round I mentioned entered the Trimper story in 1912 when the family ordered it from the Herschell-Spillman Company in upstate New York, a famous firm in the so-called “golden age” of carousels.

This one is a giant of its type, 50 feet in diameter. Herschell-Spillman did a similarly big project in the same period for Coney Island, but that one is long gone, destroyed by fire. This survivor is a priceless time capsule from days when immigrant artisans used all manner of building-trades projects—even kiddie rides like this—as artistic canvases. Horses, dragons, frogs, and more are featured in the menagerie of wooden animals, many depicted with a frightening aspect that evokes the dark moments in classic fairy tales. Eyes are wild with fury, or is it fear? Necks are twisted, veins bulging, and mouths wide open, tearing at bridles.

There is a reason those horses were carved as if in the midst of a ferocious battle. The word carousel comes from the Spanish carosella, or “little war.” Rides like this have their roots in military horsemanship training exercises that date back more than a millennium, to the time of the Crusades. Some 4,000 such carousels were built during that golden age in the early 1900s. Only about 150 remain. We are lucky to have one here on Delmarva, especially one that the Trimpers have kept around long enough for children from four or even five generations in the same families to enjoy.

• Here is where you can learn more about the book Eastern Shore Road Trips 2: 26 MORE One-Day Adventures on Delmarva, including where to buy it in stores and online. You can also find links there to the other Secrets of the Eastern Shore guidebooks.