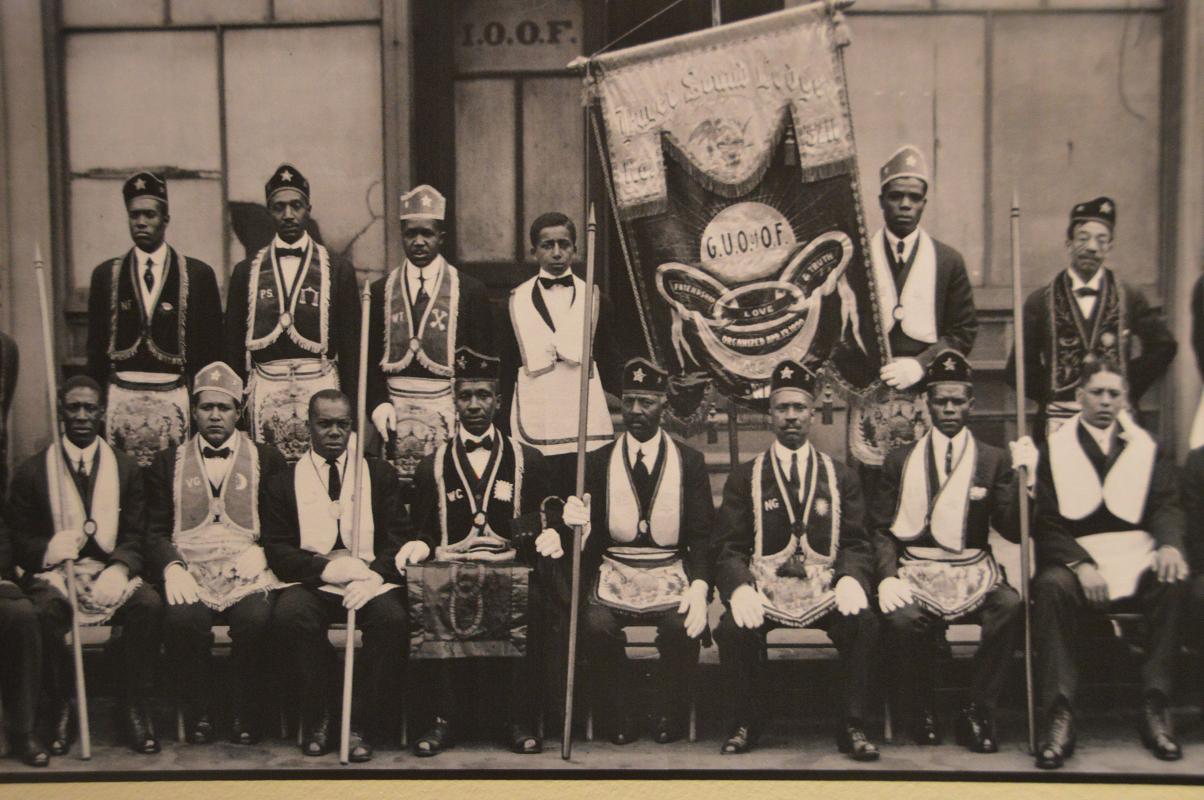 The histories of little towns on the Eastern Shore are full of twists and turns that brush up against the biggest stories in the whole wide world in fascinating ways. The next time you’re in St. Michaels, I suggest that you pull up a chair at the pretty little Blue Crab Coffee Co. on Fremont Street and give this phenomenon some thought over a pastry and a cup of joe.

The cute little building that houses the coffee shop dates to 1883, but the story of how it got there goes back to 1819. That year, a man in Baltimore named Thomas Wildey founded the American version of an older European fraternal organization and called it the Independent Order of Odd Fellows.

There are some crazy stories about how the Odd Fellows got started. Over the centuries, some people have claimed the Odd Fellows can trace their roots to Old Testament times. Others have cited a legend in which the Roman Emperor Nero founded the group and one of his successors, Titus Caesar, gave them their name because he attended one their ceremonies and thought their behavior a little peculiar.

In any case, the Odd Fellows ended up with an overarching U.S. organization based in Baltimore that gave formal certification to lodges all over the country. The Odd Fellows spread quickly. In addition to throwing parties and holding secret meetings, the lodges were also committed to an “ethic of reciprocity and charity”—they were supposed to do good works on behalf of their members and communities.

One of the IOOF’s most famous moments came in 1851, when it adopted something called the “Beautiful Rebekah Degree,” by which it became the very first fraternal organization in the country to allow membership by women—in this case through an affiliate branch called the Daughters of Rebekah.

That branch was a bit of a sham at first, functioning mainly as an honorary title for the wives and daughters of IOOF members. But it became the real deal in the 1860s when the Daughters of Rebekah evolved into the Degree of Rebekah and developed something like a separate-but-equal system of lodges mirroring that of the male Odd Fellows.

But this little triumph for the rights of women was offset by another policy: The Independent Order of Odd Fellows refused applications from blacks. In the 1840s, some black men up in New York City came up with the clever idea of working an end run around IOOF by submitting membership applications to the British version of the organization, which had a separate governing body and went by the name of the Grand United Order of Odd Fellows. 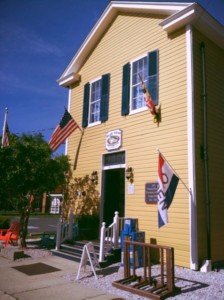 The GUOOF was happy to welcome a new black lodge, and Pilomathean Lodge #646 was soon up and running in New York City. Word got around from town to town, and other GUOOF lodges began popping up here and there around the country. By 1900, there were 2,000 of these black Odd Fellow lodges around the country, boasting some 200,000 members. They, too, had an affiliate order geared toward women. It was called the House of Ruth.

Four months after the end of the Civil War, the GUOOF approved a new lodge in St. Michaels. It was originally called Shealtiel Lodge No. 1024, presumably a reference to a Biblical character, the son of one of the kings of Judah around the time of the Babylonian captivity. The lodge soon changed its name, however, and became Freedom’s Friend Lodge No. 1024. Several veterans of the U.S. Colored Troops were on the original board of directors.

No one seems to know where lodge meetings were held in its early years, but the Freedom’s Friend Lodge had this building constructed in 1883. It now ranks as the oldest surviving black Odd Fellows lodge building in Maryland and one of the oldest in the whole country.

Alas, the Freedom’s Friend Lodge is no longer an active civic group in St. Michaels. It closed up shop in the 1990s, due to declining membership. But the building is still here, and it’s chock full of echoes and footsteps from days gone by. As you sit there over your coffee, turn your head up and try to imagine the string of signs that used to hang from the ceiling of the lodge. Each sign had a single word:

The Blue Crab Coffee Co. is located at 102 Fremont Street in St. Michaels. There is a little plaque on the building marking its history as an Odd Fellows Lodge. In a cool gesture, the coffee shop owners incorporated some old Odd Fellows imagery into their modern-day logo.

• NOTE: I wrote up this piece for a little guide I am doing to a few dozen black history sites on the Middle and Upper Eastern Shore, as well as over in Delaware. That guide is going to be made available for free to everyone who buys the book I have coming out in September. The book is titled The Tubman Travel Companion: 32 Underground Railroad Journeys on Delmarva, and you can learn more about it here.

• NOTE 2: I didn’t have any luck finding photos of people and meetings from the Freedom’s Friend Lodge in St. Michaels. The photo up top here is of a black Odd Fellows gathering in Tacoma, Washington back in the day.