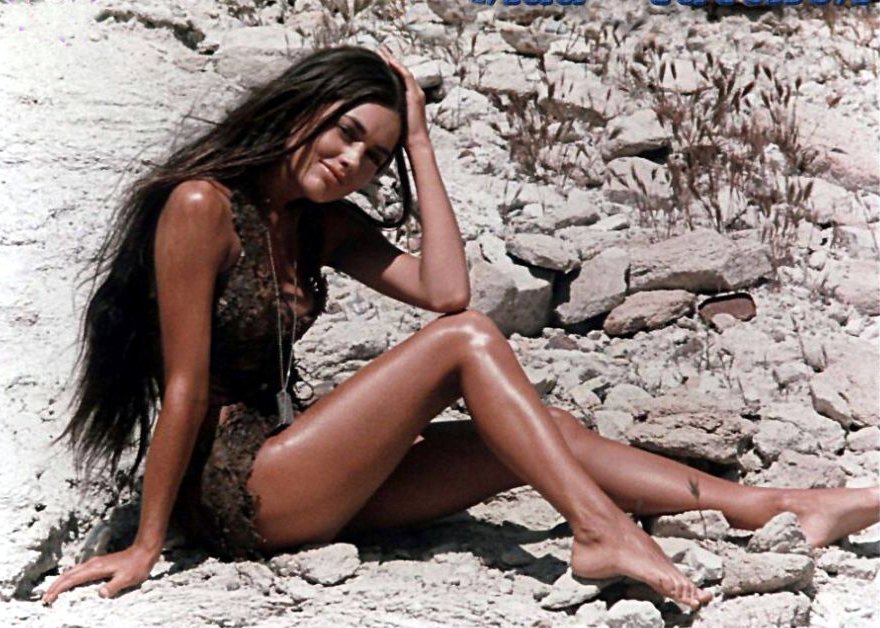 The Sun and Surf Cinema in Ocean City has slated a bit of Way Back Machine fun for the evening of Wednesday, July 27, 2016. They will be screening the classic 1968 version of “The Planet of the Apes,” starring Charlton Heston, Roddy McDowell, Kim Hunter, and Linda Harrison.

That last name may not be as familiar to some of you as the first three, but it’s the name that gives the famous movie an Eastern Shore connection. Linda Harrison, you see, was born in Berlin on July 26, 1945. She played Nova, the mute and scantily clad human of the future who accompanies the Heston character on his journeys through a world now ruled by apes.

Linda’s last name is a big one in the annals of Berlin and Worcester County. At one time, the Harrison & Sons Nurseries ranked as the country’s largest fruit tree business. Linda’s great uncle was U.S. Senator Orlando Harrison. The modern-day Harrison Group of hotels is tied to the same family.

Linda was the third of five girls in her slice of the Harrison clan. Her mother, Ida, says Linda was a “little ham,” even as a child. Linda won the Delmarva Chicken Festival Talent Contest at age 11. Six years later at the same festival, she was crowned “Miss Delmarva.” She had been “Miss Berlin” and “Miss Worcester County” before that, and she would eventually win “Miss Ocean City” and “Miss Maryland” titles as well.

She finished as a runner-up in the “Miss America” pageant, which was apparently quite a disappointment to her until a Hollywood agent approached her afterwards and signed her to a contract. In short order she started dating a powerhouse movie producer, Richard D. Zanuck, whom she would eventually marry. It was his studio that signed her to a seven-year contract and put her in the role of Nova.

Mort Abrahams, one of the on-the-ground producers of “Planet of the Apes,” says Harrison never acted like the pampered starlet with a bigshot boyfriend. “She could have been the biggest pain in the ass alive,” he said. “But [there was] never a peep out of her. Most pleasant, most charming, very cooperative, very hard-working. She was always there half an hour before her call, and she always stayed on for a half hour just in case. A total joy.”

My theory on where Harrison came by that kind of behavior involves not just the fact that she hails from the Eastern Shore, but also to the discipline she learned while waiting tables as a teen at Phillips Crab House in Ocean City.

The movie was a big hit, of course, and Harrison landed afterwards in a “Talent Training School” where her young classmates included Jacqueline Bisset, James Brolin, and Tom Selleck. Teachers there assigned her to work with a speech coach in an effort to get her to lose that Eastern Shore accent. 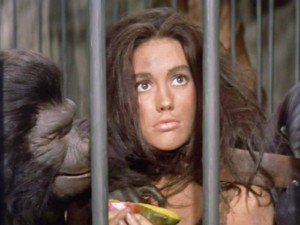 After having a couple of sons with Zanuck, Harrison grew less focused on acting. She had roles now and again—in “Beneath the Planet of the Apes,” “Airport: 1975,” and “Cocoon,” to cite three examples. But she devoted most of her time to being a mother, a role that saw her pack up her boys pretty much every summer and bring them to Ocean City for a visit.

She and Zanuck divorced in 1978. In the early 1990s, Harrison moved back to the Eastern Shore for a brief stretch, even opening an upscale consignment shop called Harrison’s Peach Tree in downtown Berlin. She had a back room there where she did makeup consultations and horoscope readings. Both of her sons grew up and took jobs in the movie industry, however, and Harrison eventually moved back to California to be nearer to them. The photo nearby here shows Harrison in her cameo appearance in director Tim Burton’s 2001 version of Planet of the Apes.

If any of you visited Harrison’s shop in the 1990s, I would love to hear your recollections. The same goes for those of you who might have been classmates with her in school or spent time with her in other ways. I have heard from a couple of people along these lines, and here is my favorite recollection so far:
“I worked with Linda one summer at Harrison Hall, in Ocean City. She was sweet, friendly, and gorgeous! One day a group of us were on the beach in our very girly gingham two-piece bathing suits (this was pre-bikini) and Linda joined us in a leopard print over the shoulder one piece, with her hair down and long, over one eye. She already looked like a movie star, at 16! Lovely girl.”

Please feel free to share your recollections in the comments section at the end here. I would also like to thank Secrets fan Lu Johnson for alerting me to the fact that there is a connection between Linda’s branch of the Harrisons and the Harrison Hotel Group.