Home / About / The Writer

Jim Duffy learned to tell stories the old-fashioned way, starting out as a cub reporter for a small newspaper outside Chicago. After relocating to Baltimore, he moved into magazines, serving as an editor and writer at Baltimore magazine, Chesapeake Bay Magazine, City Paper, and several other regional publications before striking out on his own as a self-employed writer. His specialties in those years were the arts, urban affairs, and healthcare. 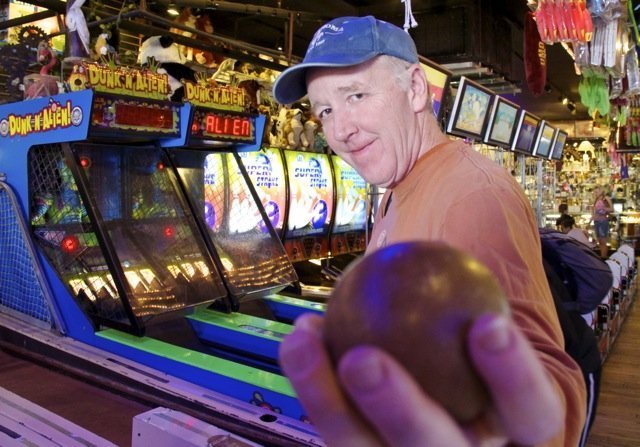 Today, his storytelling focus is the culture and character of the Delmarva Peninsula. He is the founder of Secrets of the Eastern Shore, which celebrates the region in words, pictures, and products. His monthly newsletter, Month of Fundays, has more than 6,500 subscribers. His Facebook page, Secrets of the Eastern Shore, has more than 37,000 followers.

Duffy’s wife, the photographer Jill Jasuta, is a partner in the business. The pictures part of Secrets of the Eastern Shore includes photo prints, tiles, and blocks, as well as regionally themed greeting cards.

Duffy is the author of two books. The first, Eastern Shore Road Trips: 27 One-Day Adventures on Delmarva, was published in September 2016. The second, Tubman Travels: 32 Underground Railroad Journeys on Delmarva, came out in October 2017. Both were published through Secrets of the Eastern Shore are available online and in area stores.

Duffy can be reached at:
SecretsoftheEasternShore@gmail.com
443.477.4490