By Secrets of the Eastern ShoreFebruary 29, 2020No Comments

The new Secrets of the Eastern Shore book, 181 Great Events on Delmarva, celebrates the annual celebrations of the Delmarva Peninsula. Most chapters are devoted to a single event, like this one. Others combine similar events that happen around the same time into one section. Most chapters (also like this one) included a suggested side trip as well. Publication date: April 2020.

NUTSHELL: Regional decoy carvers set up shop in a first-rate little museum dedicated to the stories of life on Delmarva through the centuries.

During this weekend-long opportunity to take a deep dive into the artistry, traditions, and subculture of decoy carving, you’ll be able to meet and chat with veteran carvers as they work on pieces while set up in the middle of the exhibit rooms at the Delmarva Discovery Center & Museum.

Decoy carving didn’t begin as an art form. Up until the early 1900s, the wood ducks that carvers created were everyday tools in the hunting trade. Wherever you found ducks, you’d find a few carvers churning out wooden birds to make some bucks on the side. Things changed when factories started making cheaper, mass-produced decoys. Only the best of the best carvers made a successful transition into a modern-day world of decoys fit for private collections and museums—this event is about showcasing that artistry.

The museum is well done, so be sure to spend time with its exhibits. Step outside and you’ll be in downtown Pocomoke City. The Pocomoke River runs through town. You can stroll its banks by way of Cypress Park.

TIP JAR:
Interesting presentations and panel discussions scheduled through the weekend will touch on other waterfowling traditions. In recent years, programs have focused on such topics as the glory days of old hunting clubs and the storied “outlaw gunners” of the early 1900s.

Extra! Faith in the Ruins

Head to the north side of that Pocomoke River and into Somerset County along Route 13, turning left onto Route 667 (Rehobeth Road), winding this way and that before turning onto Coventry Parish Road, where the ruins of a church by that name will soon appear. Just three walls remain standing at Coventry Parish, which was built in the late 1780s. Those post-revolutionary years were tumultuous times in American religious history. The British Anglican Church that formerly ruled the roost in Maryland fell on hard times due to its association with the losing side. This building was part of the effort to reinvent that faith as an all-American institution, the Episcopal Church. Folks worshipped at Coventry for a century before abandoning the place in the late 1800s.

The nearby Rehobeth Presbyterian Church is chock full of history as well. Believed to be the country’s oldest Presbyterian church building in continuous use, it was erected in 1706 and has been remodeled a couple of times since. The “Father of American Presbyterianism,” Francis Makemie, probably preached here. Many of the faithful back then would have traveled to hear him by way of the Pocomoke River rather than along overland roads.

–This is a free excerpt from 181 Great Events on Delmarva, a book that serves as a guide to fun annual events all over the peninsula. Copyright 2020 Whimbrel Creations LLC/Secrets of the Eastern Shore. All rights reserved.

Publication date: April 2020, which is when you will find the book at this link. 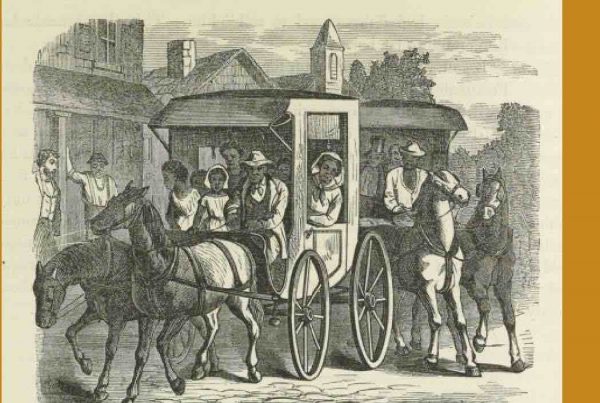 TUBMAN TRAVELS: The Other Harriet’s Wild Ride to Freedom

Secrets of the Eastern ShoreSeptember 30, 2020